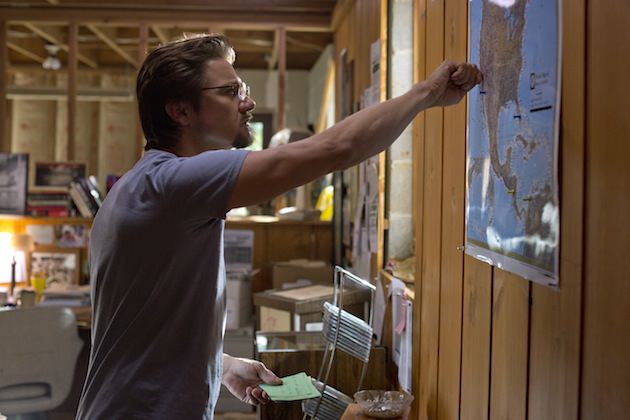 The Timely Kill the Messenger Looks at the Price of Truth

On August 18, 1996 Gary Webb, then a San Jose Mercury News Staff Writer, reported that, “For the better part of a decade, a San Francisco Bay Area drug ring sold tons of cocaine to the Crips and Bloods street gangs of Los Angeles and funneled millions in drug profits to a Latin American guerrilla army run by the U.S. Central Intelligence Agency.” That line opened Webb’s three-part series “Dark Alliance,” a report that would ultimately define the rest of his life and spark years of debate.

Today, a little over 18 years later, Focus Feature’s Kill the Messenger is opening in theaters to tell the challenging, timely story of Pulitzer Prize-winning journalist Gary Webb and his crucial, costly reporting linking America’s drug epidemic, the CIA and rebel forces in Nicaragua. The movie is set to reopen the important conversation about Webb’s reporting and its backlash, and the critical role the fourth estate plays in keeping governments honest and people aware.

As a reporter for the San Jose Mercury News in the 1990s, Webb received a key tip that led him down a spiraling path into the underground drug trade and the complicity of a part of the American government shrouded in mystery. Webb’s unrelenting investigation eventually took form with unprecedented headlines like, “America’s 'Crack’ Plague has Roots in Nicaragua War” and “Shadowy Origins of ‘Crack’ Epidemic.” At first, Webb’s breakthrough work appeared to elevate his influence and stature in the journalistic world. Yet, every step of the way, Webb faced an uphill battle to tell the truth he believed he was reporting. Institutional forces, including the CIA and mainstream media outlets, discredited his work.

Chris Matthews has seen both sides of aisle – from his days as a top aide to Speaker of the House Tip O’Neill to his current journalistic career hosting MSNBC’s “Hardball.”  Matthews remembers that Webb’s editor left him hung out to dry. In fact, in 1997 the executive editor of the San Jose Mercury News, Jerry Ceppos, published a letter to readers pulling back on the “Dark Alliance” series.

“I believe that we fell short at every step of our process – in the writing, editing and production of our work. Several people here share that burden,” wrote Ceppos. “We have learned from the experience and even are changing the way we handle major investigations.”

Eventually, in the wake of dissenting opinions and a crumbling reputation, Web attempted to reclaim his creditability by writing his 1999 book “Dark Alliance: The CIA, the Contras, and the Crack Cocaine Explosion.” Focus Features attributes much of the new film to Webb’s book along with Nick Schou’s 2006 book also titled, “Kill the Messenger.” Both accounts try to reclaim Webb’s career from the wave of opposition that followed his breakthrough series. And the film’s cast and crew believe they are finally shining light onto a buried story and redeeming much of Webb’s damaged legacy.

Director Michael Cuesta, who has won Emmy and Golden Globe Awards for Homeland, said at a Motion Picture Association of America (MPAA) screening, “This is an important story to tell about a guy who really believed in getting the truth out there. Investigative reporting was his bliss.” Cuesta has previously stated, “I also tried to show Gary carrying the burden of wanting to get at the truth. What does that do to a man? Especially one who gets into a war he can’t win?"

Similarly, it’s that sense of a journalist fighting an unwinnable war to tell the truth that producer Naomi Despres believes illuminates a larger point about freedom of speech and the press.

“Gary Webb’s story is so powerful,” said Despres. “Here was a man driven to tell the truth even when forces much greater than himself did not want the truth to be told. I hope our movie inspires people to ask questions and to be vigilant in pursuit of the truth in their own life – and for communities to demand the truth from our newspapers as well as our government.”

Two-time Academy Award nominee Jeremy Renner not only portrays Webb, but also served aas one of the film’s producers. “When I read the script I knew that I wanted to be a part of bringing Gary’s story to the screen," Renner said at the event. "I would describe Gary with some of the same adjectives I describe myself: tenacious, perseverance, fearlessness.” 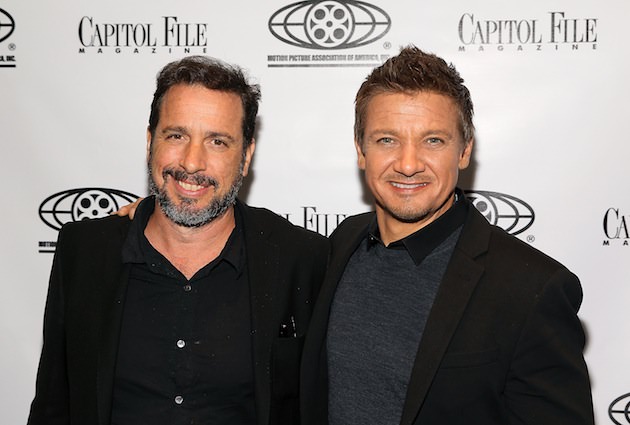 When a tale like Webb’s is adapted for the big screen, it has the chance to reach new audiences, potentially playing a key role in cementing how the public will remember historical events. And there is no doubt that Kill the Messenger promises to help close the gap between Webb’s original 1996 reporting, dissenting accounts, and our own perceptions about what it means to have a free and open media.