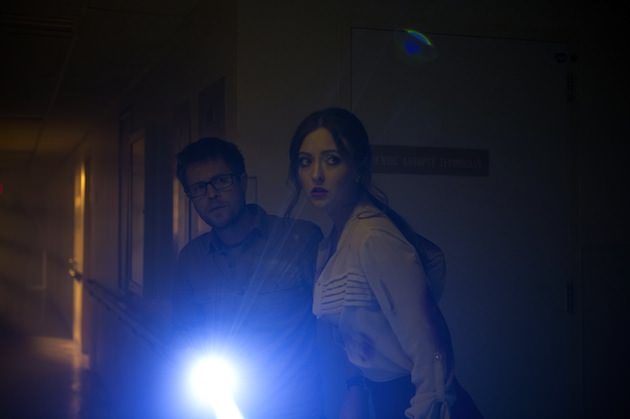 The Sundance of Horror: L.A.’s Screamfest is Freakish Fun

L.A.’s Screamfest is assured of two things this year: it will once again be the biggest horror film festival in the United States, and it won’t draw the ire of the Professional Clown Club. There appear to be no murderous clowns in this year’s festival lineup.

If you’ve been following entertainment news over the past few days, you might have noticed the kerfuffle between the Professional Clown Club and FX’s American Horror Story, the latter being the most relentlessly freaky show on TV. The PCC doesn’t like the show's character Twisty the Clown, a serial killer whose weapon of choice is a pair of scissors and who imprisons children on a school bus. The group is claiming that Twisty is contributing to “clown fear” (a real thing, known as coulrophobia), and they’re joined by organizations like Clowns of America International, the country’s biggest clown club, who bemoan the entertainment industry turning the clothes and makeup hardworking Americans wear to work into the very image of gleeful murder and mayhem.

Killer clowns in television and film are a thing (okay, and real, in the case of John Wayne Gacy), the Joker being the most prominent example. They're also great for promotion. Just look at this story from earlier this year when a creepy clown was stalking residents in Staten Island. Yup, it was all for a movie.

Now I’ve got my own reasons for supporting the clowns, but if you wanted to make a great horror film, it could be the Professional Clown Club and Clowns of American International banding together to strike fear in the hearts of TV showrunners and filmmakers alike. How? By dressing us up as murderous executives and creative-types.

This was a long lead, admittedly, to tease Screamfest Horror Film Festival, the biggest and best of its kind in the United States. If you want to question the bonafides of Screamfest, which continues until October 23, just take a gander at some of the members of their advisory board: Wes Craven (A Nightmare on Elm Street), Clive Barker (Hellraiser), John Landis (An American Werewolf in London), John Carpenter (Halloween), and Eli Roth (Cabin Fever). For the discerning horror fan and the budding horror filmmaker alike, Screamfest is where you want to be.

Screamfest is all about launching the next Carpenter, Roth and Craven. It was in 2007 that Paranormal Activity played for the first time in front of an audience at Screamfest. This is where new work from American and international independent horror filmmakers often begin their careers, landing distribution and representation as a result of the festival.

Formed in August 2001 by film producers Rachel Belofsky and Ross Martin, Screamfest’s modus creep-orandi is to give filmmakers and writers in the horror/sci-fi genres a venue to have their work showcased to people in the industry. Here's a brief snapshop of some of this year's selection. Note, not a single sadistic clown in the bunch.

Single sentence synopsis: After a horrific crime, victim Julia Shames turns her last name into a verb against her tormentors, one slash at a time.

Single sentence synopsis: It's the most dangerous game, on a nature preserve, with Ken Cosgrove from Mad Men (Aaron Staton).

Single sentence synopsis: A couple moves into the Scottish countryside looking for an idyllic life and find whatever the opposite of idyllic is.

Single Sentence Synopsis: Your kid's dead, ma'am, so it needs to die.

Bonus: We couldn't help but mentioning the 4-minute short Mineral, written and directed by Michael Marino, which has the best logline of all time; After painfully passing a kidney stone, a slob discovers that a new breed of monster has invaded his home with deadly intentions.