Click here for Part I of our conversation with music journalist/producer Erik Parker and multimedia artist/director One9.

Erik Parker and One9’s Nas: Time is Illmatic clocks in at a brisk 75-minutes, as compact and filled with detail as a Nas song. The documentary manages to examine nearly every credible element in the making of Nas's groundbreaking album, and really, the making of an artist and a man in a little over an hour. 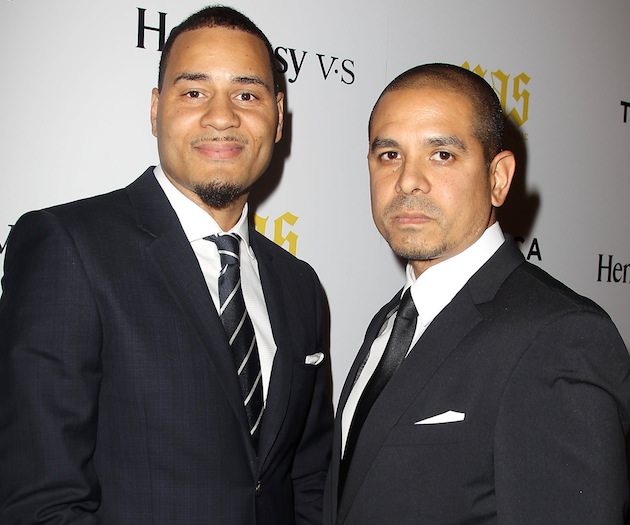 Nas: Time is Illmatic is many things — a story about a family, a story about the daily struggle of the Queensbridge Housing Projects, and a story about an artist's rise. The people Parker and One9 track down, especially Nas's charismatic, jazz musician father Olu Dara and his equally vibrant, loyal brother Jungle do incredible work putting the story of the album's creation in context, setting it in a specific place and among specific people who shaped the contours and content of one of the defining albums of a generation. The documentary also showcases how thoroughly Fannie Ann Jones, Nas's mother, worked to keep him and his brother as safe, well fed and loved as she could. Fannie Ann passed away in 2002, her presence in the film is felt through her loving sons and admiring ex-husband's recollections, and the incredible photos and Super8 footage Parker and One9 unearthed.

The filmmakers followed every thread they could to piece together a compelling portrait of the Jones family's life just across the Queensboro Bridge. In talking to friends, acquaintances, fellow musicians and former teachers.

“One chain led to another,” Parker says. “You know, someone would say, 'Oh, you got to talk to so and so,' and we’d go that way. People were just very supportive. When we went back to Queensbridge with Nas you could see that. It’s because he can walk around Queensbridge freely, people seem to love him and respect him, and I think it comes from the fact that he’s never betrayed his project or his home, he doesn’t exploit them in a way that can tend to happen when people are famous. They either come back only when it’s time for the big special TV report or they only come back to talk badly about it. Or, they never come back at all. Nas maintained a connection and a love for Queensbridge. And these people they elevated him. If it wasn’t for them, he may not be who he is." 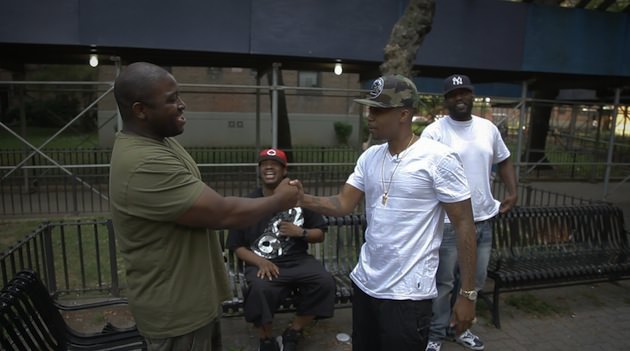 "One thing we learned when One9 and I we were in Queensbridge shooting is that it's an enormous place, but it feels like a small community village," Parker says. "It feels like this small village and everybody knows everybody. Even the hustlers or drug dealers are the type of people who are like, ‘Oh let me get that for you Ms. Fran,’  that sort of thing. There's something special about the community there.”

One of the most arresting shots in the entire film is a vantage you never see of Queensbridge, or any other housing project for that matter – one from the sky. The strange layout of the Queensbirdge Houses (they almost look like giant concrete starfish) and the colossal scale are astonishing. Parker and One9 managed to pull this off through a little bit of luck and the independent filmmaker’s “whatever it takes” mentality.

“Keep in mind that us being first time filmmakers, we tried any and everything,” One9 says. Parker and One9 knew they wanted to get a shot of Queensbridge from above to give viewers a proper sense of its immense scale, but they had no idea how they were going to pull that off considering they hardly had the money for a helicopter. Then, they had the kind of luck that comes to people actively searching out a way to get what they want. “We were in the studio editing, and a guy we had met during production was next store… where he stored his drones. I’m talking about literally in the same space we were, just next door, and we would see him cleaning their propeller wings.” So they asked him if he’d be interested in helping them, maybe send one of those drones, outfitted with a GoPro camera, over Queensbridge. “He launched the drone from the park and flew it over the projects… that was actually one of the very last shots we got. You never see them from that viewpoint…no one has deemed it important enough, as far as we can tell, to actually get that type of footage. And just look at the architecture of it. The buildings are so interesting, and just realizing the enormity of those projects…they're beautiful in a way.”

As the documentary traces all the people in Nas's life who helped shape him and his hit album, you begin to appreciate how everyone who appears on screen seems like a born storyteller. His brother Jungle and father Dara stand out as they recall the early years, the near miss tragedies, the way things turned out for so many people in their community.

A seminal moment in Nas and Jabari’s life was the murder of Nas’s best friend and neighbor, Willie Graham, known as Ill Will, when they were only teenagers in 1992. Nas and Ill Will used to make tapes together. “Two peas in a pod,” Nas says in the film, “working on music all the time. Just playing around.” Jungle himself was shot during the incident, and as he recounts the night for the camera he wonders aloud why that wasn’t enough for his mom to move them out of the neighborhood. Then again, this type of thing was happening all over the city, in projects from the Bronx to Staten Island.

In one of the films' most poignant moments, Jungle takes a photo from the album’s liner notes that shows him, Nas and a bunch of their friends and neighbors in Queensbridge. Jungle goes through the photo, face by face, relaying the mostly tragic lives most of these young men have lead. “The photo was shot by Danny Clinch, he shot all the photos from ''Illmatic,'" One9 says. “We were sitting with Jungle and we were just looking at the album cover and we pulled the photo out and we asked him, ‘do you know everybody here, and do you know what happened to them?’” One9 says. 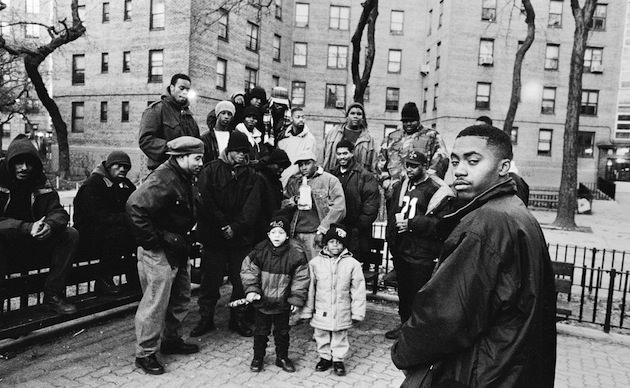 “One of our concepts initially was to try and track down most everybody on that bench and get their perspectives, but once we heard Jungle’s story, it was just crazy to hear what happened to all these folks," One9 says. "We didn’t realize he what happened to each and every one. As he went through each one, he tells their stories in such a detailed way that we decided not to show the photos to Nas, but to show him Jungle going through it. So we were in the studio with Nas, and we popped up a video monitor and we played the scene of Jungle going through the photo—just raw, uncut—and the emotion that you get from Nas is very real, cause those are his friends, the people he knew growing up. And it’s tragic, but that bench could be any bench in America. That’s not just Queensbridge, that’s Compton, that’s Chicago, that’s Detroit, that’s D.C…these are symptoms of an era, the crack era hit, and these are the children of that era. So we wanted to make sure our film is also a dialogue being spread.”

Parker, One9, Tribeca Films and the Hip-Hop Education Center are doing that by launching educational initiatives in conjunction with the doc. Supported by both Tribeca Films and the Ford Foundation JustFilms, the program includes an interactive web portal along with presentations, panel discussions, and pop-up exhibits in communities in New York, Philadelphia, Detroit, Los Angeles and Oakland. The first of the events was held this past Monday, September 29, at the Jacob Riis Neighborhood Settlement House in Queensbirdge, where a screening of the film was held. 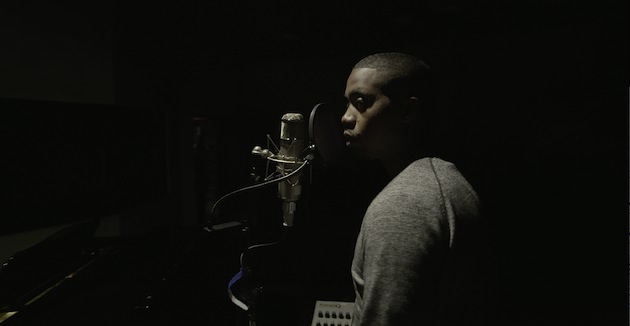 The Hip Hop Education Center is working with M139 Design Studio to create the web portal that will function as the key component to the outreach. The portal will include lessons on storytelling, songwriting, researching, documentation, filmmaking, archiving and remixing Nas’s music. This curriculum will come with timelines, tools and resources for high school and college age kids, with educational screening copies available to educators, artists and cultural workers. Third World Newsreel, handling the educational sales of the film, will offer a filmmaking workshop with director One9, writer Erik Parker and associate producer Martha Diaz in collaboration with City College – CUNY on November 5th.

“We wanted to tell a story that was bigger than just me and One9, and even bigger than Nas,” Parker says. “You know, in many ways, the subject of the story is not just Nas but all the people in Queensbridge that he represents. And the generation that he spoke for, you know, cause for us, when we listen to 'Illmatic' we were like, ‘Not only is he speaking to, he’s speaking for us to the world.’ But at that time, the world wasn’t listening. So we made a film to show the world what they were missing. And that’s what Nas: Time Is Illmatic is. The really important thing for us is that a lot of people hear the word Nas or 'Illmatic' and think it’s just a story about a rapper and his album, but if it stops there, there will be a great opportunity missed for generations to explore an American story and try to get some understanding, some empathy and some insight as to what these young boys were going through as they were coming to age in America in the ‘80s, because we can still relate that to today.”