Novelist, screenwriter and television show creator Jonathan Tropper had the odd experience adapting his novel “This is Where I Leave You” for the screen before it was even published. “By the time I was on book tour, I was already writing the screenplay, and I got confused with what parts were only in the book and what were in the script,” he says. Tropper’s writing began attracting film producers since his debut novel "Plan B" was published in 2000.” His novels are populated with smart, caustic characters who are often too clever for their own good. They’re also thoughtful, funny and irreverent. This is why four of his books have been optioned.

“Because a number of my books had been optioned, I began to meet producers, and they loved my dialogue and said I should write screenplays,” Tropper says. “I started reading scripts, and I thought it would be fun to adapt my own books, but I’ve found that I actually prefer writing original scripts and TV scripts… adapting your own stuff isn’t always enjoyable.” 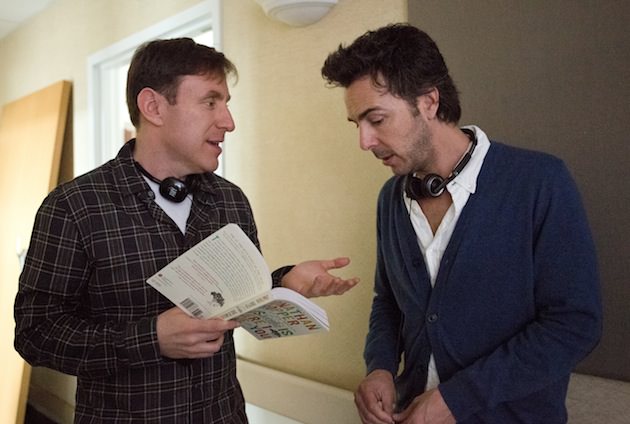 Adapting a 352-page novel for the screen is hard enough, and it could be argued adapting your own novel is even harder. “This is Where I Leave You” is a painfully funny, at times wrenching novel about the Foxman family gathering to mourn the loss of the patriarch. For seven days, the four grown Foxman children and their mother must sit Shiva. The siblings are in varying states of emotional disrepair, and being forced to observe a religious ritual for an entire week, for their atheist father no less, is a great set up that Tropper pays off throughout the book.

The hangdog protagonist is Judd, who trudges home after an extended period of moping and growing a "I give up" beard following the revelation that his wife was sleeping with his boss. Judd’s joined by his sister Wendy, married to an obnoxious, career obsessed husband, Paul, the responsible eldest, who followed his father into the family business and is trying to have a baby with his increasingly desperate wife, and finally Phillip, the cheerful, irresponsible youngest who arrives at the Shiva with his much older, sophisticated and beautiful girlfriend whom he is surely leading on. Finally, there is the potent matriarch of the family, Hillary. She is a famous shrink whose book “Cradle and All” painfully revealed her children’s every secret. “Secrets are a cancer to a family,” she explains at one point, but her words are drawing less attention from her kids than her new breasts. This is to say nothing of the assorted friends of the family and oddball relatives who surround the Foxman’s for their official mourning period.

“You try to isolate, thematically and structurally, the story you want to tell,” Topper says of the adaptation process. “In a novel you can tell a lot of secondary stories, get into a lot of subplots and write whole tangents you can’t do in a film. So you figure out what story you want to tell, then as you refine the draft, and my first draft is always much too long, you start to see the scenes and what they’re adding from a narrative perspective. So you ask yourself, ‘Can I compress these scenes?’ You work out these economies and efficiencies and you find a way to tell the story in fewer scenes."

Topper compressed plenty of scenes from his novel, including many of the hilarious moments from the Altman family’s Shiva (their surnames were changed from Foxman). “The book has numerous vignettes of the Shiva, different visitors come, the family has these different kind of experiences…I had the luxury in the book to establish a rhythm with it. I got to write about the monotony of sitting Shiva, whereas in the movie, I convey this do in a series of quick cuts that take roughly 30 seconds.” These cuts manage to convey the monotony, specifically answering the same questions over and over and over again — Paul repeating “we’re working on it” to the question “when are you having a baby?” and Judd repeating “she has a slipped disc” to the question “where’s your wife?”

Topper also compressed a major backstory in the book between brothers Judd and Paul and excised another completely. In the novel, the fact that Judd dated Paul’s wife, Alice, back in high school is a big source of awkwardness and tension. “In the movie you kind of come to understand that Judd and Alice dated in dialogue, but I don’t really get into the back story.” Another backstory, involving the two brothers and a dog attack, was cut. “I didn’t have room for it. It can sometimes feel like exposition and is more information than viewer needs.”

Topper had the luxury of a director who loved the source material and understood the characters in Shawn Levy. Levy’s belief in the story led to his pushing for big name actors even in smaller roles. “Shawn had a really passionate grasp of all these characters and strong ideas in his head of who they were. He didn’t compromise. Even in smaller roles, he went after big names.” 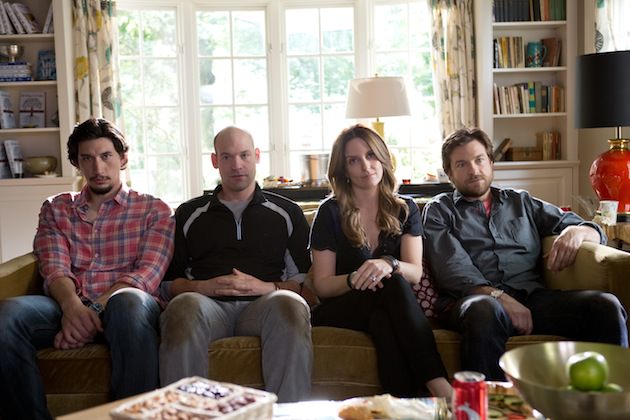 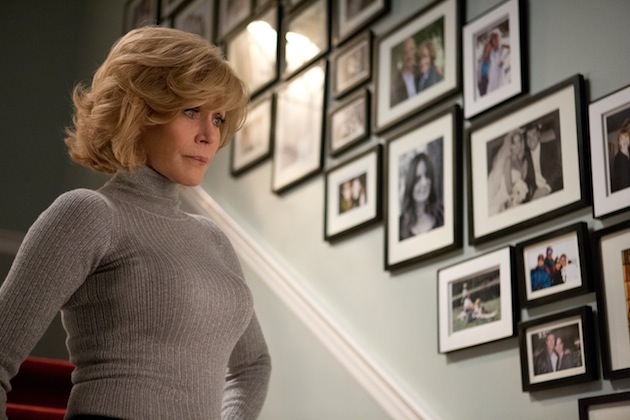 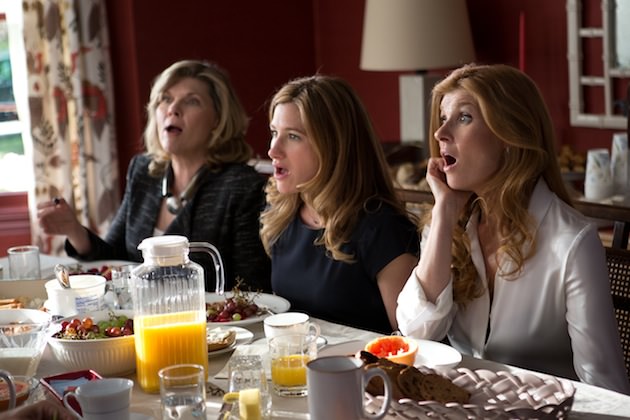 Tropper’s a busy man, which is what happens when you’re adapting your own novels and the creator of your own TV show (Banshee). He’s never working on just one project and must juggle accordingly. “It’s a little trippy. There are days I have to split it up, three hours on this and three hours on that. If I get a good rhythm, I stay with if for as long as I can.” This means that he might spend three days working on a script, then when he hits the wall he’ll move onto the novel he’s working on or a script for Banshee.

Tropper says that the first draft is when he gradually begins to understand what’s working and what’s not, where he can save pages and where he can bring in something new. “When I’m writing the first daft, I spent five, six hours a day on it, once I have that, it’s sort of a pleasure to spend next few hours on a section, or polish all the dialogue in this area, give myself all these smaller, accomplishable tasks. The best part of the journey is once you’ve written the last page of the first draft, you now have a work in progress and can start molding and shaping it. The first draft is the hard part, the real labor, once you’ve written it through to the end and have three acts, going back in and polishing, changing, adjusting and adapting, that feels like a very organic process that only happens over time after you’ve live with script. That’s the part I enjoy.”

No matter how accomplished of a screenwriter you are, however, there are things that simply can’t exist on the page – the life that actors bring to your words. One scene Topper uses as an example of this is when Judd and Wendy are sitting Shiva and Wendy’s badgering him to come clean to the rest of the family about his destroyed marriage. “The escalation of that scene was a great example of how actors take what’s written on page and elevate it. Tina and Jason brought energy to it, and the way they overlapped their dialogue, talking over each other and that rising energy they created— you don’t feel that on the page.”

For This is Where I Leave You, Tropper was also in the position of writing a comedy for a comedy legend in Fey. “When you have a writer like Fey in your movie, you want to give her as much room to find the funny in the script,” he says. This also means finding the funny when it’s not in the script. Fey improvised several killer lines in the film, including two hilarious takedowns of Phillip and Paul. “A number of her ad-libbed lines made it into the final cut. She’s wickedly, spotaneously funny.” One of her improvisations can be scene in the trailer, when she asks Paul if the reason he hasn’t gotten Alice pregnant yet is if he’d emptied out his man parts during high school.  “My room was next to yours,” she reminds him.

It's a troubled family that you can't help wish you were a part of.