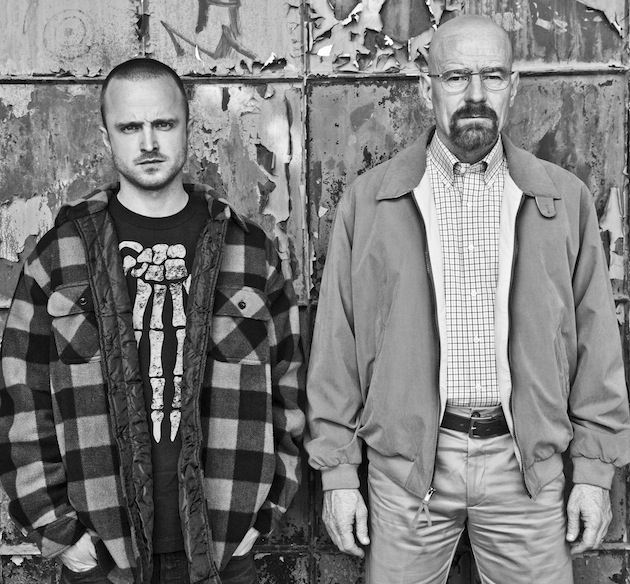 The Very Real Effect Fictional Characters Have on Tourism

If you've been to Albuquerque anytime in the past few years, you've probably noticed that the city embraced a little show called Breaking Bad. Walter White's visage, as well as Jesse's, Hank's and the beloved hitman Mike's, could be seen peeking out of store windows on T-shirts and spray painted on walls. Such was the mass appeal of Breaking Bad that graffiti artists honoring the show unveiled their work in Leicester Square in London. Thanks to Walter White and crew, Albuquerque has begun drawing tourists from all over the country.

Whether it's a huge shark inspiring trips to Martha’s Vineyard or a baseball diamond in the middle of a cornfield drawing an estimated 65,000 visitors per year—to rural Iowa—the power of iconic films and television shows can compel people to book flights or fill up the tank.

Do popular movies and TV shows really influence tourism? According to research company Tourism Competitive Intelligence, they do. They  found in 2012 that 40 million international tourists chose their destination primarily because they saw a film shot in that country.

And here in the US, people are going places that might not otherwise have even heard of because of a show or film they love. The Walking Dead tour has brought 2,674 ticketed guests to Senoia, Georgia, since May 2013, where more than $100,000 has been spent on things like food and gifts. The rustbelt city of Mansfield, Ohio, halfway between Cleveland and Columbus, enjoys a Shawshank industry, drawing visitors to the massive Ohio State Reformatory where that famous 1994 prison film was shot. Who doesn't want to see the pipe that Tim Robbins crawls through to win his freedom? San Francisco, one of the most cinematic cities in the world, offers movie tours celebrating some of the classics set amongst its slopes, including Alfred Hitchcock's classic Vertigo.

This thing is global. Disney's phenomenon Frozen continues to pull more and more people into it's ever expanding orbit—bookings to Norway are up 65 percent, and Disney’s 2015 Frozen-inspired cruise out of Norway is almost sold out. New Zealand has seen a crush of visitors since Peter Jackson brought The Lord of the Rings and The Hobbit to life with his two trilogies. The Hobbiton Movie Set in New Zealand, the filming location for both, is offering night tours of Bilbo Baggins’ homeland. Rome, which has never had any trouble attracting tourists, can now count the film La Grande Bellezza (The Great Beauty) as another draw. The Rome Cavalieri, a Waldorf-Astoria Hotel, has created a guided tour of destinations featured in the film, which won this year’s Oscar for best foreign film. And Game of Throne fans, who are legion, are setting off on Bran-like journeys to Northern Ireland to see the fictional Westeros, while families are traveling to Scotland to tour the filming locations from Brave.

Thanks to social media, filmmakers and television show creatives have a wider reach than ever before, and the appetite fans have for information about their favorite films and shows has grown right along with it (or, perhaps, because of it). People crave a more complete and interactive experience with the films and shows they love. To help illustrate this, the Motion Picture Association of America put together the infographic below.