After the 14th episode in Breaking Bad’s final season aired, creator and showrunner Vince Gilligan called it “the best episode we ever had or ever will have.” Titled "Ozymandias" after Percy Bysshe Shelley's poem, it was the third-to-last episode in the series, and it was the one that, more so than any other in the show’s incredible run, crushed viewers. Death, betrayal and, at long last, the removal of any lingering hope that Walter White might somehow keep his family. It was an excruciating, exhilarating hour of television.

“Ozymandias” is considered by many to be one of the finest hours of television this century, period. Behind the scenes, the leading creative forces that crafted this unbearably intense experience were director Rian Johnson and writer Moira Walley-Beckett. The two had worked together on season three's episode “Fly,” where Walt nearly revealed a terrible secret to Jesse but held off. In “Ozymandias,” there was no more time to waste and no reason to omit anything—in one breathtaking moment in an episode full of them, Walt finally comes clean to Jesse about what happened to his girlfriend, Jane…in order to hurt him.

This past Monday night Walley-Beckett became the first woman in 20 years to win an Emmy Award for drama writing. The last woman to do it, Ann Biderman, took home an Emmy in 1994 for writing the season one NYPD Blue episode “Steroid Bay.” Between Biderman and Walley-Beckett, every woman who won the category has shared the award with men. Walley-Becket also beat the man who hired her some five years earlier, Breaking Bad creator Vince Gilligan, who was nominated for writing the finale, “Felina.” (She also beat out four more men; David Benioff and D.B. Weiss for Game of Thrones, Beau Willimon for House of Cards and Nic Pizzolatto for True Detective.)

Walley-Beckett came on board Breaking Bad after season one, before the show had been green lit to continue. The way she went about this was by, more or less, going against a major convention of writing for TV—she wrote a spec script for a show she wanted to write for. The reason this is essentially taboo in Hollywood is for legal reasons, as she explained in a fantastic interview with Kessler University that I urge you to read. After writing her way into the sights of Vince Gilligan, she had to decide between taking a chance on a little known show about a meth dealing science teacher that might not get a second season, or, take an lucrative offer to write for a network show. "I was going to make half of the money on Breaking Bad that I would have made on this other show but it didn’t matter because I knew that Breaking Bad was the right place for me."

Walley-Beckett's road to writing "Ozymandias" involved a little luck on top of the gumption she showed in nabbing a job in the writer's room in the first place. As she explained to both Vulture and The Hollywood Reporter, the order of which writer gets which episode is determined in advance, and the chips happened to fall on her for an episode whose plot points were incendiary. "The process goes you write an outline first, and on Breaking Bad those are like little novellas, fifteen to twenty pages of the story of the episode," she told Vulture. "You turn it in and then you get about ten days to write your episode and you just go away and do it. It’s intense." When the episode finally aired on September 15, 2013, she told The Hollywood Reporter the response was overwhelming. "Pretty much everything that every character had been dreading happened. People went crazy." 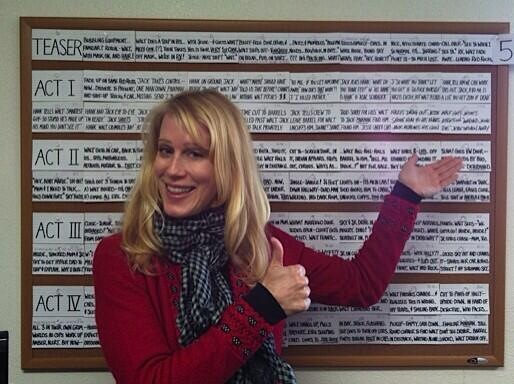 “Ozymandias” opens with a flashback to Walt and Jesse’s very first meth cook. This scene was actually the very last one ever shot on the show, filmed a month after they wrapped on the episode. Walt’s got hair, a mustache and morals. Jesse is a high school dropout without any deep scars, facial or emotional. "To get to go back to the beginning, it was so powerfully nostalgic for all of us," Walley-Beckett told Vulture. "To have the very last day of series filming take place back in the good old days of Mr. White and idiot Jesse…it was so fantastic for all of us to go back in time and be there at the beginning before everything went so wrong."

Only where we’re left after the flashback opening is in the desert, the location so evocatively, distressingly described in Percy Shelley’s poem, a wasteland of total indifference. The Nazis, led by Uncle Jack, stand over a wounded Hank. Actor Dean Norris said in the episode’s behind-the-scene featurette that he had said to Gilligan and the writers that if Hank had to die, it would be nice for him to know it was coming, to not just be blindsided by Walt or one of the many killers that lurked throughout the narrative. Walley-Beckett wrote Hank a seven page scene in which he would be well aware, the entire time, that he would never be coming out of that desert.

Walley-Beckett threaded hints of the old Walter White throughout an episode whose consequences were set into motion by the actions of his alter ego, Heisenberg. Walter offers all of his remaining money, some $80 million, to Uncle Jack if he will spare Hank’s life. Only Hank, the seasoned DEA agent, knows his fate is sealed. Walley-Beckett lets Hank die with his dignity intact, and whatever delusions Walt was still harboring at the time that he did all of this “for his family” were obliterated with the sound of that gun going off. 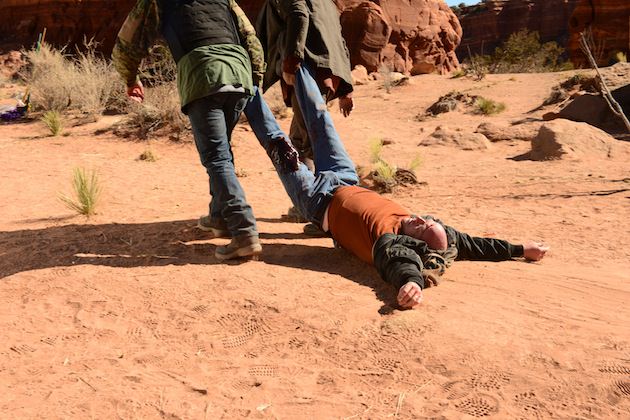 Hank’s death would be the darkest moment in just about every other show, ever, but the horrors of “Ozymandias” were only just beginning. Walt goes on to turn on Jesse, who was hiding under the car in the desert. Jesse is saved at the last second by the sociopath Todd, and wins himself torture and indentured servitude to cook meth for the Nazis. But not before Walt can finish telling him what he had been about way back in season three's episode "Fly." Walley-Beckett told Vulture that Walt wanted to hurt him as much as possible. "Jesse is no longer family," she says, and for Walt, telling Jesse that he let Jane die was "the last thing he can say or do to kill Jesse himself without actually physically killing him."

When Walt goes home, after having gotten Hank murdered and written Jesse's death certificate, as well, he gets into a horrific knife fight of sorts with Skyler in front of their newborn child and consistently put upon son Walt Jr. Walt Jr. turns against his own dad, calling the cops, and Walt has finally lost his family for good. And what does Walt do? He kidnaps baby Holly, the last, desperate act of an animal. 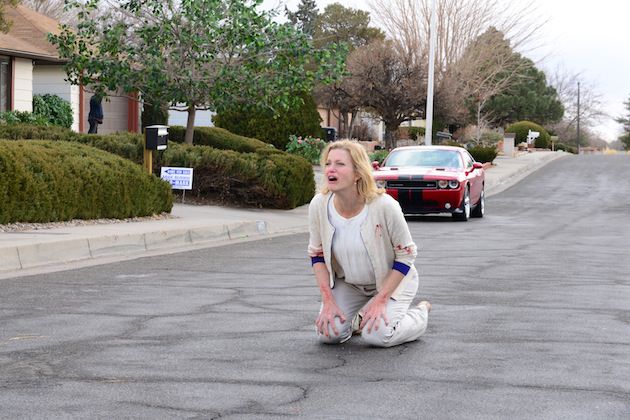 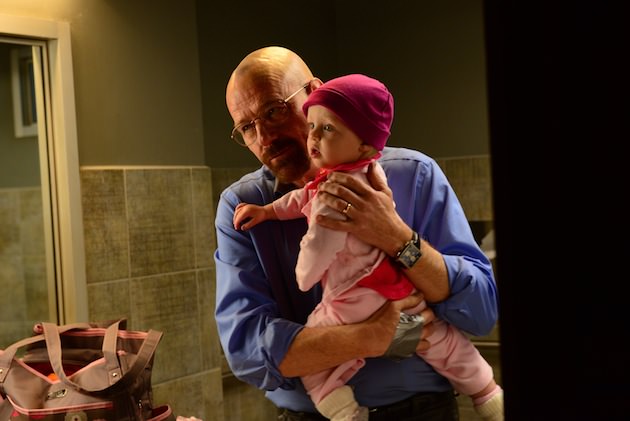 In an episode filled with so many heartbreaking moments—Hank's line to Walt that Uncle Jack had made up his mind to kill him "ten minutes ago" comes to mind—one of the most shocking, and complex, was Walt's call to Skyler after he fled with baby Holly. When this call begins, we are so overwhelmed by the ferocity of Walt's rage that it takes some time to unpack what is really going on here. Over the course of five seasons, and Walt's countless unspeakable acts, we have never heard him speak to Skyler like this before. It's awful to hear. So awful, Walley-Beckett could only hope that viewers were able to piece together the call's true meaning. Skyler is not alone when she takes the call—she is with the police.

"I personally feel like it wasn’t open to interpretation," she told Vulture shortly after the episode aired. "I would hope that people got that it was an absolute ploy on Walt’s part. It is the family-man part of Walt playing the part of Heisenberg to exonerate Skyler. I was hoping that the process of the lie and the subterfuge would be clear and that viewers would be with Skyler in their understanding." 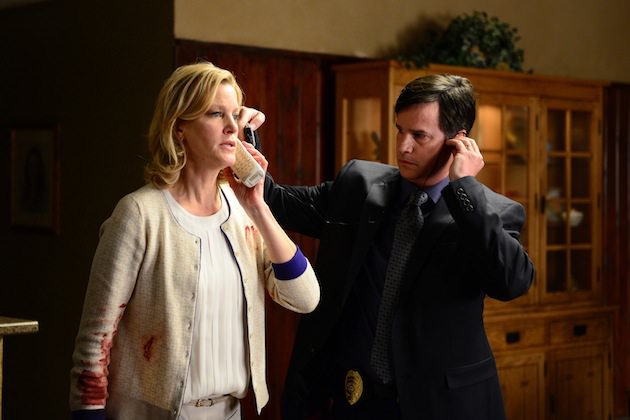 Yet part of the beauty of this scene, and Walley-Beckett's writing, is how what Walt is saying to Skyler is not just to save her, to exonerate her in the eyes of the law and place the blame entirely on him, but also to unburden himself and the way he feels. There is some truth to all the hateful venom he's spewing. "In the writing of it and the breaking of it we talk a lot about the line between truth and fiction. There are things in there that are truth, but it’s all subterfuge. It’s a very fine line."

"Walt’s speech was really a challenge, how to lay the track for the subterfuge for the lie, finding all the beats for when you think Walt just slipped and become a Heisenbergian monster on the phone," she told Vulture, "to dropping in the little moments of Skyler’s rage and indignation, and the process of the lie, and Skyler’s acceptance of the lie. That was a really tricky scene to write."

Walter: What the hell is wrong with you? Why can't you do one thing I say? This is your fault! This is what comes with your disrespect! I told you Skyler, I warned you for a solid year, you crossed me there will be consequences. What part of that didn't you understand?

Skyler: You took my child.

Walt: ‘Cuz you need to learn!

Skyler: You bring her back!

Walter: Maybe now you'll listen. Maybe now you'll use your damn head. You know, you never believed in me. You were never grateful for anything I did for this family. [Mocking her] 'Oh no! Walt! Walt! You have to stop! You have to stop this! It's immoral! It's illegal! Someone might get hurt!' You're always whining and complaining about how I make my money, dragging me down while I do everything. And now, now you tell my son what I do? After I've told you and told you to keep your damn mouth shut? You stupid bitch. How dare you.

When Walt hangs up, he is a broken man. We see that he's on a pay phone right outside a fire station, where he will leave baby Holly so she can be saved, so his family can be reunited in the only way they can—with him gone.