Sitting in the theater of the Museum of the Moving Image, everyone eagerly awaits the arrival of Bollywood icon Om Puri. Located in Astoria, Queens, the recent renovations at the museum added this 267-seat theater for events such as this, where locals and tourists alike can take in great films and sit for interviews with legends they likely have never heard of. Om Puri is here to be interviewed by Indian actress and author, Madhur Jaffrey, after an early screening of the Hindi actor’s latest film, The Hundred-Foot Journey, one in which he shared the screen with acting legends better known to American audiences, including the incandescent Helen Mirren.

The Hundred-Foot Journey is a collaboration between major American producers (Oprah Winfrey and Steven Spielberg, to name two), directed by the Swedish aeutur Lasse Hallström, and starring one of the world’s most respected and beloved actors, the British Helen Mirren. The crew included Indian set decorators, a French costume designer, an American production designer and a Swedish cinematographer. American-Indian super chef Floyd Cardoz was brought in as a food consultant to make sure everyone actually looked like they knew what they were doing. 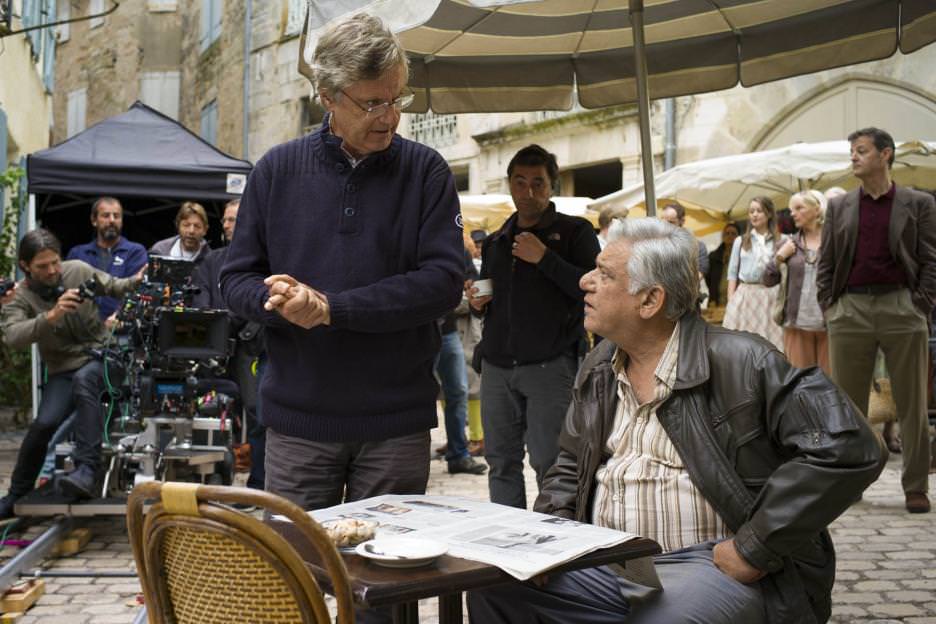 The Hundred-Foot Journey, based on Richard Morais’s book, dives into the Padam family’s big move to France after the devastating loss of their mother. Their junker van breaks down in the quaint village of Saint-Antonin-Noble-Val, where they are assisted by the charming Marguerite (Charlotte Le Bon). Opposed by the older children of the family, the stubborn father, played by Puri, buys a run-down former restaurant in the hopes of opening their own place, filling French bellies with their Mumbai-style cuisine. His son, Hassan, played by Manish Dayal, is the foodie of the family, and he’s pressed into service to whip up a menu that will delight and surprise the French and keep the family afloat in their surroundings. 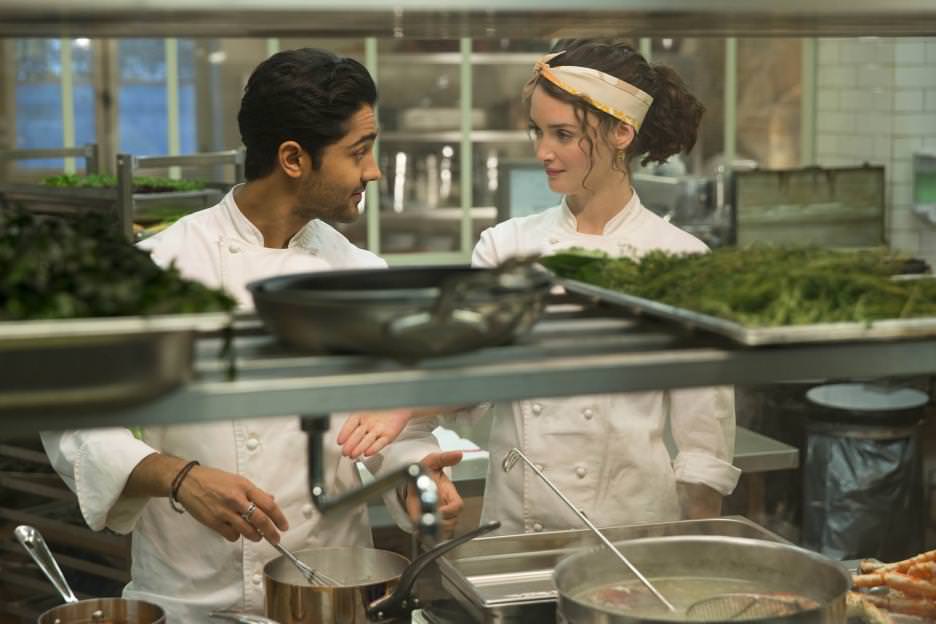 So why are the children so convinced this plan won’t work? Exactly 100-feet from the family restaurant (they measured), is the Michelin-starred classic French restaurant Le Saule Pleureur. Madame Mallory (Mirren), the chef-owner of the exquisite establishment, rules a restaurant deeply rootedin classic French fare (think pigeon, escargot and beef bourguignon), and she’s just a little bit suspicious of the new neighbors moving in across the street. The differences between the two restaurants are stark. While Le Saule Pleureur is soaked in soft light and lavishly appointed, the Padam's new place, the Maison Mumbai, enjoys no golden light, and it’s missing some fairly important elements like an intact roof. Mallory is not afraid to show these newcomers how seriously she defends her turf (and how strenuously she covets her second Michelin star); her first attempt to keep Maison Mumbai from succeeding is by buying out the entirety of the ingredients needed for their menu at the local market.

The audience responded warmly (as if celebrating a chef after a great meal) when museum curator David Schwartz presented the special guest moderator, Madhur Jaffrey a multi-talented Indian actress and food writer with numerous published cookbooks, and the star Puri after the screening. Jaffrey began the interview by asking how Puri became involved in the film industry.

“In one of the [drama] festivals of the college, a couple who were judging the event picked me up,” Puri said. At the time, he was working and studying, making 125 Rupees a week, which is equivalent to roughly a penny and a half in American currency. The couple offered him 150 to join their theater group and the rest was history. Puri considers himself to be introverted, but he believes acting gave him a voice to convey his emotions. “I had a lot feelings looking at the world around me, particularly, the disparities in society used to disturb me,” he said.

Puri’s career kicked-off with plays during his time at the National School of Drama in Delhi. He performed Shakespeare and Indian plays, yet the Hindi film industry knew almost nothing about the National School of Drama at the time. “Fat noses have no place in the film industry, unfortunately,” Puri said with an uproar of laughter from the audience.

Jaffrey went on to discuss Puri’s big break in the film industry, Ardh Satya, the 1983 Bollywood film that portrays Puri as a policeman struggling to deal with the evils around and inside him. “This was my lottery in the Hindi film industry. Everybody sort of sat back and noticed me,” the 63-year-old actor said.

Puri received the National Film Award for Best Actor in Ardh Satya. Once during filming, when he was riding a motorbike in his police attire, long before his face was recognizable to the average Indian, an actual officer saluted him. “I raised my hand to him,” Puri chuckled.

Puri has gone on to work with Bollywood and Hollywood stars, including Jack Nicholson, Tom Hanks and most recently Mirren.

Puri and Mirren are a joy to watch together. They are the stubborn forces of personalities that fill the film with gravitas. The Hundred-Foot Journey is serious about the importance, and joy, of food. “Food is memory,” the film reminds you again and again, and as the Padam family learns to cope with the loss of their mother and their new life in France, the food they make is a way of keeping her alive.