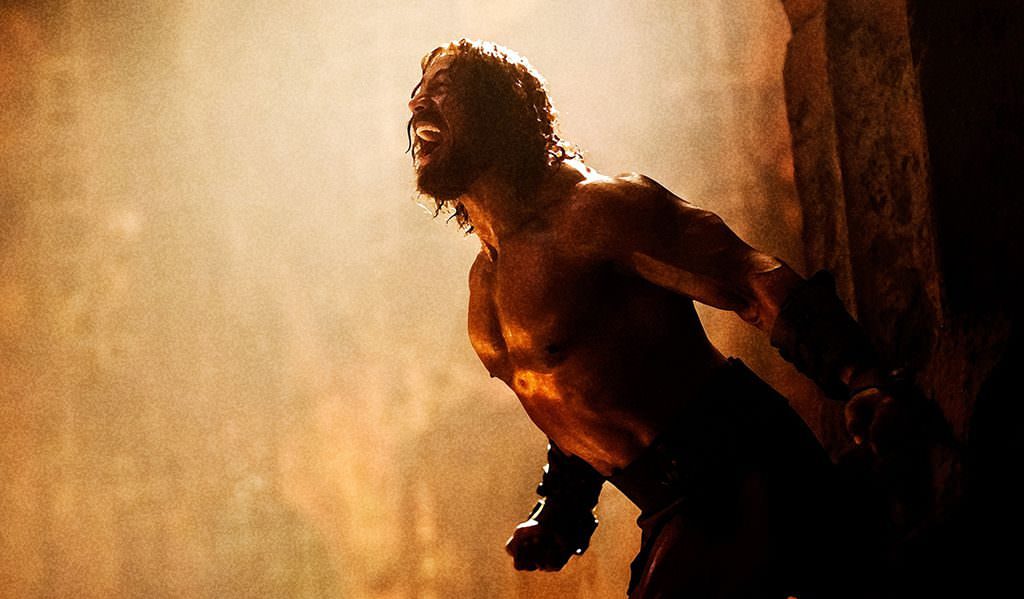 Greg Powell was born to do stunts. “I’ve been doing stunts since I was fourteen, so that’s forty-five years now,” he says. “I wake up a little bit stiff in the morning, but that’s the name of the game, and I still enjoy it." His father, Frederick “Nosher” Powell, was a stuntman, actor and boxer—he was once was a sparring partner for Joe Louis, Sugar Ray Robinson and Muhammad Ali. Greg’s uncle Dennis, Nosher’s younger brother, was also a stuntman, stunt coordinator and actor. Greg’s younger brother, Gary, is a stuntman and stunt coordinator. And Greg himself is one of the most respected stuntmen, horse masters and stunt coordinators in the business, working on some of the biggest films of this century, including all seven of the Harry Potter films, Skyfall, Fast & Furious 6 and the upcoming Hercules and Avengers: Age of Ultron.

Powell is a large man, standing at 6’4”, and has made his presence felt in a long, distinguished career. Some of his early credits include stunt work on the Bond film The Spy Who Loved Me, Richard Donner’s 1978 Superman, and Pink Floyd’s The Wall. He kept being asked back to the Bond franchise, again as a stuntman for 1983’s Never Say Never Again, as horse master for 1985’s A View To Kill and horse master on 1987’s The Living Daylights. In fact, his run in the 1980s would make a full career for most stunt performers and horse masters—he was horse master and wrangler on John Landis’s Spies Like Us (1985), a movie that typifies the decade at its most enjoyably silly, a stuntman on Terry Gilliam’s sci-fi epic Brazil (1985), embodying the decade at its most daring, and finally a horse master and stuntman on Ron Howard’s fantasy film Willow (1988), the 80s at its most Val Kilmer-y (with the obvious exception of Top Gun).

Director David Yates, who helmed four of the Harry Potter films, including the last two in the franchise, marveled at Powell and his roving band of stunt professionals, who he likened to a traveling football team. Powell, a little too old now to be doing stunts himself, told us that his main job, aside from keeping everyone safe, is bringing the best possible people with him to every project he joins. For the Potter series, outside of the principal cast and some crew, Powell was one of the few people who was a part of every single film, and he brought back the stunt doubles throughout the series, as they aged right alongside the young leads.

For Brett Ratner’s Hercules, based off the graphic novel “Hercules: The Thracian Wars,” Powell had his work cut out for him. The swords-and-sandals epic starring Dwayne Johnson as the massively muscled Greek demigod required Powell to come in with only about two weeks before shooting, an atypically short amount of time for such a huge job. One of the things Ratner wanted to improve from the original film’s plan, and one of the reasons Powell and his team were called in, was the major battle with Rhesus, Hercules most formidable foe in the film, that would involve horse-drawn chariots, warriors on horseback and bodies clashing and flying in every inch of the frame. Powell had just returned to England from India, where he was working on the Bollywood film Holiday, when he got the call that Brett Ratner wanted to meet him, in Budapest.

“We trained a whole team in that time,” Powell said. “Ratner told us what he wanted, and then we went on from there.” Powell headed a department that had close to 140 stunt professionals, which included horse masters, trainers, riggers, fight coordinators, and motion capture performers. The stunt coordinator has to talk to almost every department, from art to props to camera and electrical, to make sure everyone is on the same page.

Despite Dwayne Johsnon’s pre-film career as the Rock, launching himself into other colossally huge men in the wrestling ring, his cousin, Tanoai Reed, has long been his stunt double. “Hercules is running around, smashing chariots out of the way,” Powell says, and for much of that, Reed was throwing himself into his role with precise, athletic control, all under the watchful eye of his coordinator. Every stunt performer is Powell's responsibility, and their safety is paramount.

The Rhesus Battle, as Powell called the epic showdown between Hercules and the ferocious warlord he must face, involved horse drawn chariots, horses falling, chariots toppling, and a scale of mayhem familiar to fans of 300.

“They had started off with just two men on the chariot, but we put four in them,” Powell says. “For that Rhesus battle, there were lots of falling horses, men charging around, chariots charging around, and a lot of that was done for real, at speed,” he says. “You had people falling off horses, off chariots, and lots of stunt guys and extras in the scene.”

Powell’s days of falling off of horses are mostly over, but he’s got a team of experts he brings in from all over the world. “I bring in my guys from Spain who work with the falling horses, I have charioteers from Hungary, I bring in people to do the various martial arts, weapons—it’s something different for every film.” Powell’s Spanish connection is crucial for a film like Hercules, which wants as many practical stunts as possible rather than relying too much on CGI. “These are horses that have been trained to fall over without injuring themselves,” Powell says. “One day we did fifty horse falls, and I’ve never had an injury with horses doing that.” Powell and his team prepare beds typically made of woodchips, “nice and soft,” for the horses to land on. These beds are covered with a soft replica of whatever the terrain in the scene is, be it sand or grass or rock. As a longtime horse master himself, Powell still trains horses to fall, but says his Spanish guys are the best, and they fall off their horses beautifully.

When asked about what films in his long career have been most difficult, Powell says each presented unique challenges, but the Harry Potter films come to mind because they started off with these little kids performing as stunt doubles who had to be looked after closely. Powell himself doubled for the beloved half-giant Hagrid, when he rides a motorbike, as well as the loathed Uncle Vernon, Harry's muggle caretaker.

When we spoke to Powell, he was on the set of the next Avengers. Helicopters could be heard in the background, the set was loud and lively as you'd expect. Yet Powell wasn't phased, and spoke cheerfully about his experience on Hercules before plunging back into the action on Joss Whedon's blockbuster, a born stuntman carrying on his family's tradition.