Comic-Con and its overflowing abundance is upon us once again. We’ll help guide you through the costumed chaos with a selection of offerings from top movie studios, the “only at Comic-Con” events, and our own wish list of events.

If the words “you’ve got a friend in me” set your heart aflutter, then be sure to attend ABC and Disney•Pixar’s first look at the upcoming holiday special, Toy Story That Time Forgot. Executive producer Galyn Susman (Toy Story OF TERROR!), director Steve Purcell (Brave), and head of story Derek Thompson (WALL•E) offer an peek into the sketches, storyboards, and concepts that contributed to the Disney•Pixar special! 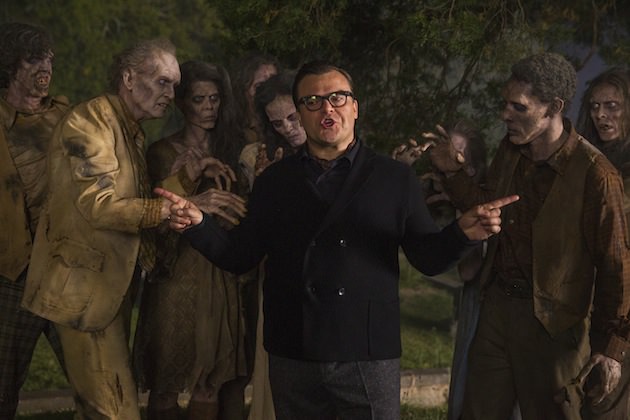 Boosting nightlight sales around the world, the book series Goosebumps by R. L. Stine is making the leap onto the silver screen. Jack Black stars as the author himself and Rob Letterman directs. Jack and Rob will discuss how the monsters are taking shape on screen. The film hits theaters August 7th, 2015.

Could this be our next modern Disney hero? Inspired by the Marvel comics of the same name, Big Hero 6 is an action-packed comedy adventure about robotics prodigy Hiro Hamada, who learns to accept his talents and become a techie superhero. Director Don Hall, producer Roy Conli, production designer Paul Felix and character designer Shiyoon Kim discuss the visual development of the film.

Paramount will be offering the chance to view exclusive footage and previews for their upcoming films.

Over 2400 people have RSVP’d for this event, so get there early for seats and watch this mysterious presentation.

Warner Bros. will return Hall H to present their three upcoming movies: Jupiter Ascending, Mad Max: Fury Road and The Hobbit: The Battle of the Five Armies. We are especially excited about the second two films. 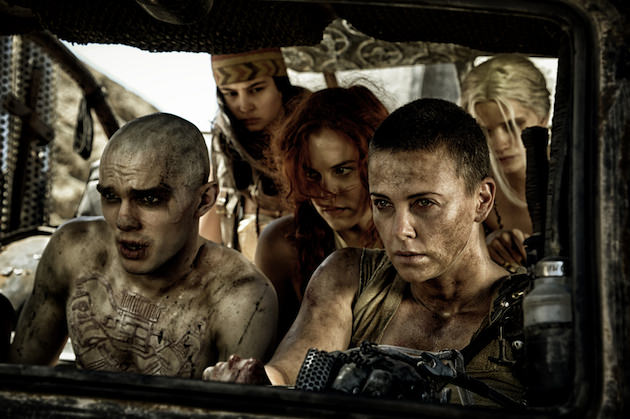 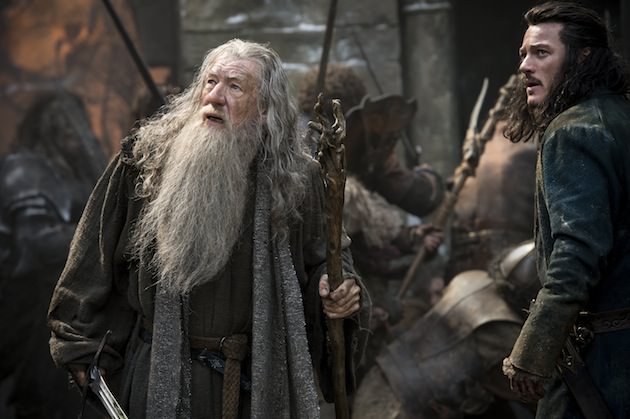 Award-winning producer/director Peter Jackson returns with The Hobbit: The Battle Of The Five Armies, the final film in The Hobbit Trilogy. Bilbo and the races of Dwarves, Elves, and Men are faced with difficult choices as they face destruction. The star-studded cast includes Ian McKellen as Gandalf the Grey, with Martin Freeman as Bilbo Baggins and Richard Armitage as Thorin Oakenshield. The ensemble includes Evangeline Lilly, Lee Pace, Luke Evans, Benedict Cumberbatch, Ken Stott, and James Nesbitt, with Cate Blanchett, Ian Holm, Christopher Lee, Hugo Weaving, and Orlando Bloom.

Zoinks! Those meddling kids are back and this time Mystery Inc. is investigating a cursed castle haunted by a terrifying ghost. Attend the world premiere and hear from a panel including Mindy Cohn (Facts of Life), the voice of Velma, Grey Griffin (Scooby-Doo! Mystery Incorporated), the voice of Daphne,and screenwriter Jim Krieg (Green Lantern: The Animated Series).

The Most “Comic-Con” Events:

The Kickstarter-funded film by Ari Grabb (animator and director) is described as “an animated heavy metal rock opera about a self proclaimed pancake master who is trying to understand his troubled psyche by asking the devil what the root of his pancake obsession is. It will be a strange, beautiful, twisted, surreal, humorous outlook on artistic identity as the main character struggles between choosing happiness or culinary mastery.” Ari Grabb will be in attendance, as will Gabriel Acosta (sound mixer).

Mike Tyson is donning an animated trench coat to take on the role of detective in this new comedy series. His crime solving team includes the Ghost of the Marquess of Queensbury, Mike's adopted Korean daughter and his sidekick: a pigeon. Attend for a first look at the new series and see the legend himself at a panel discussion featuring Mike Tyson, Rachel Ramras (MAD), Jim Rash (Community), and producer Hugh Davidson (The Looney Tunes Show).

You may have noticed some new faces at the X-Games and in the world of professional sports. Those new glow-lit faces belong to professional gamers, now able to receive salaries and obtain visas based in their profession. E-Sport panelists include Genese Davis (The Holder's Dominion, MMORPG.com, The Gamer in You), Ryan "Fwiz" Wyatt (VP of programming and eSports commentator, Major League Gaming), Sam "Samzorz" Hall (pro gamer, Mortality eSports, Twitch, founder of CODpedia), and John "ZeRo4" Hill (pro gamer, world champion: Quake). The pro-gamers will discuss changes in the video game industry and the challenges of the sport itself.

One of the final events of Comic-Con lives up to expectations. Part sing-along, part dance-along and part yell-at-the-screen-along, the interactive screening of Buffy the Vampire Slayer musical episode Once More with Feeling ends the weekend with a bang. Join members of the Buffyverse and get swept away by passionate fans. Word on the street is a special surprise guest will be joining the fun…let’s hope it’s someone low on this list.

A film nerd’s take on the reality TV competition craze, The Chair is a Starz documentary competition TV series created by Chris Moore that follows Shane Dawson (ShaneDawsonTV on YouTube) and Anna Martemucci (Break Up at a Wedding) as they use the same screenplay and budget to create their own films. Watch clips and attend a panel with both directors, screenwriter Dan Schoffer and producers Zachary Quinto (Star Trek, Heroes, Margin Call) and Josh Shader, moderated by Chris Moore.

Calvin & Hobbes? Say no more. This documentary features an interview with Bill Watterson, the cartoonist behind the lovable duo, as well as interviews with cartoonists behind Garfield, Cathy, Foxtrot, Mutts, Penny Arcade, The Oatmeal, Hark A Vagrant, and more. In the documentary, over sixty cartoonists reminisce and speculate about the future of cartoons and their mediums. Panelists at the screening include directors Dave Kellett (Sheldon) and Fred Schroeder (Four Sheet to the Wind).