15 Images Celebrating Batman’s 75th: Still Swinging After All These Years

DC Comics formally recognizes March 30, 1939 as the official debut of Batman, created by comic book artist Bob Kane. Or was it his secret collaborator, Bill Finger? It's fitting that the exact origin for our most tortured superhero is still somewhat murky (and part of a panel at this year’s Comic-Con, “Who Created Batman?”). Whoever deserves the credit, the first time we got a glimpse of the caped crusader was actually in May of 1939, issue number 27 (the official publishing date of this issue was March 30, hence DC's official Batman birthday), when he was still referred to with a definite article in front of his name. The Batman swings across the cover with a nattily dressed perp in a headlock, causing the criminal to lose his hat—practically a crime itself for men of the era. What’s remarkable about the image is how little our most psychologically complex superhero’s look has changed since then. Yes, he’s wearing what appears to be a grey body suit with black shorts, and yes, his utility belt is banana yellow, and yes, his ears are more pronounced, but overall, there he is, our dark knight. 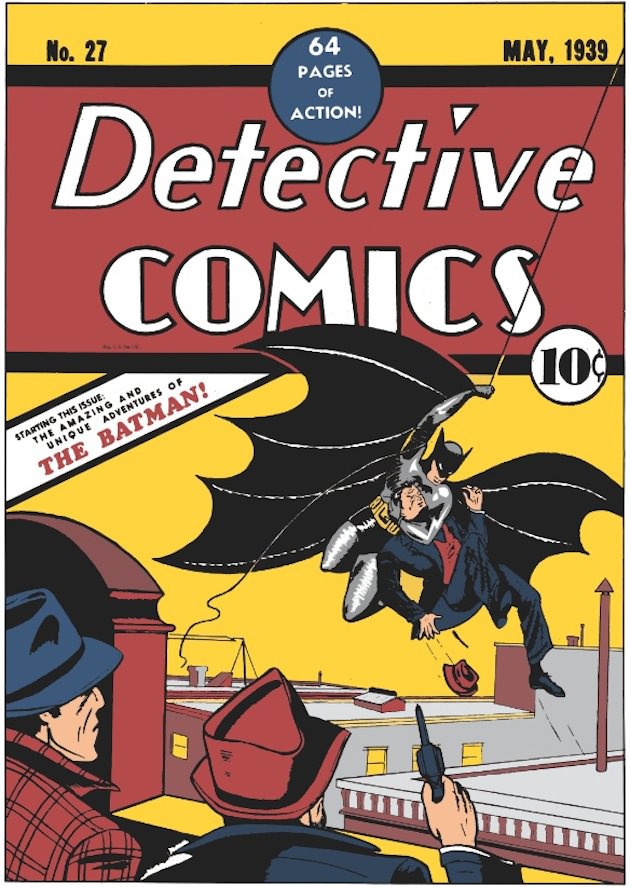 DC Comics declared this past Wednesday ‘Batman Day,’ and DC has a major presence in this year’s Comic-Con, which began yesterday and included the panel “Batman 75: Legends of the Dark Knight,” where DC’s chief creative officer, Geoff Johns, joined Batman comic writers Neal Adams, Grant Morrison, Denny O’Neil and Scott Snyder, as well Frank Miller, the legendary creator of arguably the two most influential Batman stories ever, “The Dark Knight Returns” and “Batman: Year One.”  There are fifteen different Batman panels, including “Spotlight on Bill Finger, the Co-Creator of Batman,” the “Warner Archive Collection: A Batman for All Seasons,” which highlights the many iterations of Batman over the years, and panels on Batman in 70s, 80s, and 90s. And then there's the most recent cinematic take on Batman, who of course couldn't have missed an opportunity to swoop in on the proceedings with a new photo from Zack Synder's upcoming Batman v Superman: Dawn of Justice.

The Batman film franchise began in 1943, and has typically followed a pattern of bursts (Batman is everywhere) to lulls (he's back in the Bat Cave). It began as a 15-chapter serial film released by Columbia Pictures in 1943, a second 15-chapter serial film in 1949, and then the 1966 film adaptation of the popular Batman television series, which famously starred Adam West as the least dark Batman, ever. Then the caped crusader went quiet on the big screen until Tim Burton, partly inspired by Frank Miller's mid-80s reboot of Batman with his The Dark Knight Returns graphic novel, gave us a darker, wittier Batman in 1989, with Michael Keaton in the cape and Jack Nicholson as The Joker. The film was a smash success, critically and commercially, and three films swiftly followed, Burton's sequel Batman Returns (1992), and Joel Schumacher's Batman Forever (1995) and Batman & Robin (1997), which included the infamous "nipple Batsuit" worn by George Clooney. It would be another eight years until Christopher Nolan put his stamp on the franchise, beginning with Batman Begins, and continuing with The Dark Knight (and Heath Ledger's game changing performance as The Joker) and The Dark Knight Rises.

And we're not even close to being done with Batman. Batman v Superman: Dawn of Justice looms. Ben Affleck will now play a grizzled Batman (remember the hysterical reaction to Affleck's casting?) and we'll all take another spin in the Batmobile. Batman's cape casts such a shadow on the collective imagination that there's a show based on what the world was like before he swooped in to save that day. That would be Fox's Gotham, which premieres this September and follows the exploits of a young officer Jim Gordon's rise in the crime-plauged city's pre-Batman days.

Just this week, Vulture's Abraham Riesman bemoaned the over reliance on Frank Miller's iconic storylines for Batman. Riseman argues that beginning with Burton, and carrying through all seven Batman films that followed (yes, even Joel Schumaker's two films), Miller's influence, while understandable, is now pervasive. He points out that there are countless versions of Batman screenwriters can use as inspiration (Miller himself has said "there are 50 different ways to do Batman and they all work"), and just a glance at the covers of Batman comics throughout the years, to say nothing of the animated films and cartoons in the canon, shows a sprawling spectrum of potential Batman styles and stories to explore. While we may live in the age of the selfie (and not even Batman himself is immune), a little reflection on the visual history of Batman is in order. So here's a look back at 15 iconic Batman covers, which feature some of our favorite super villains, that scamp Robin, and the most adaptable, identifiable superhero of them all. 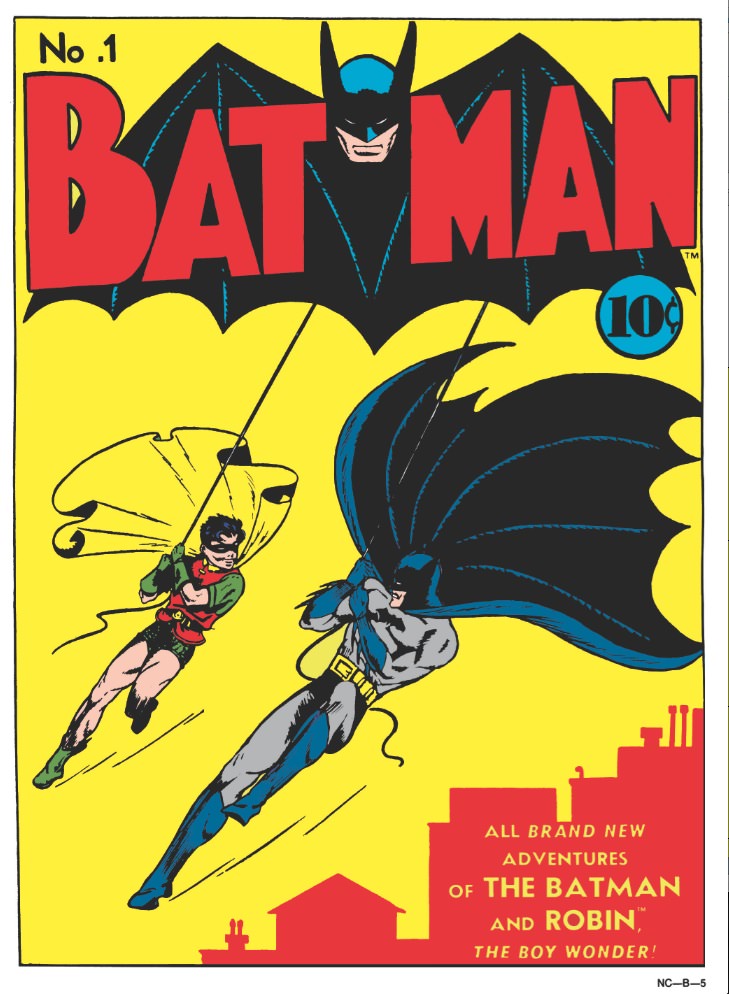 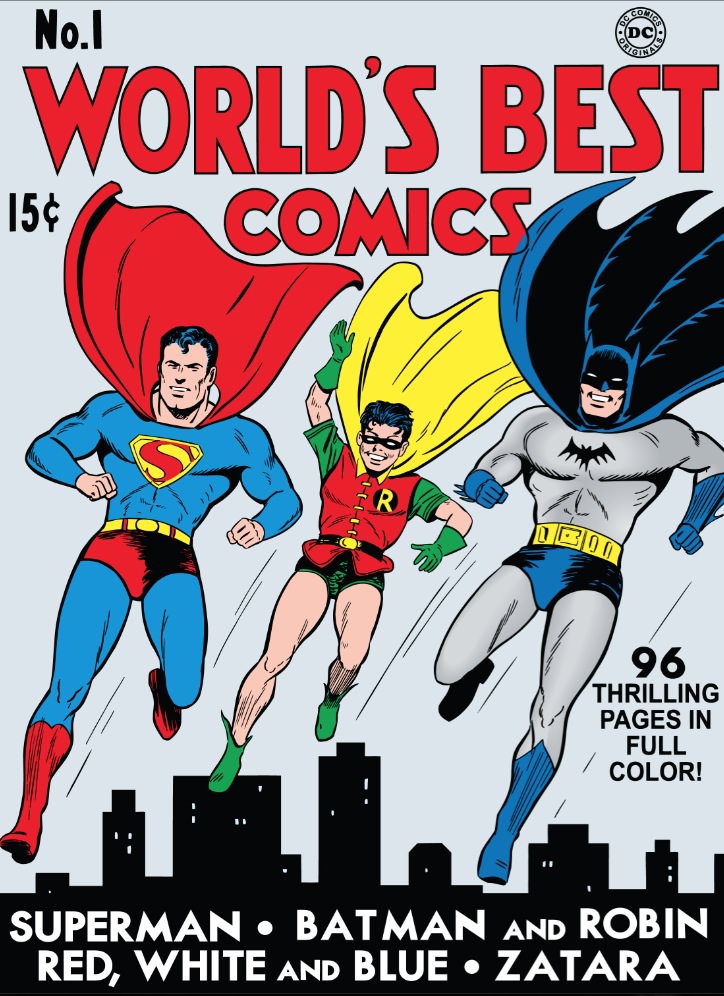 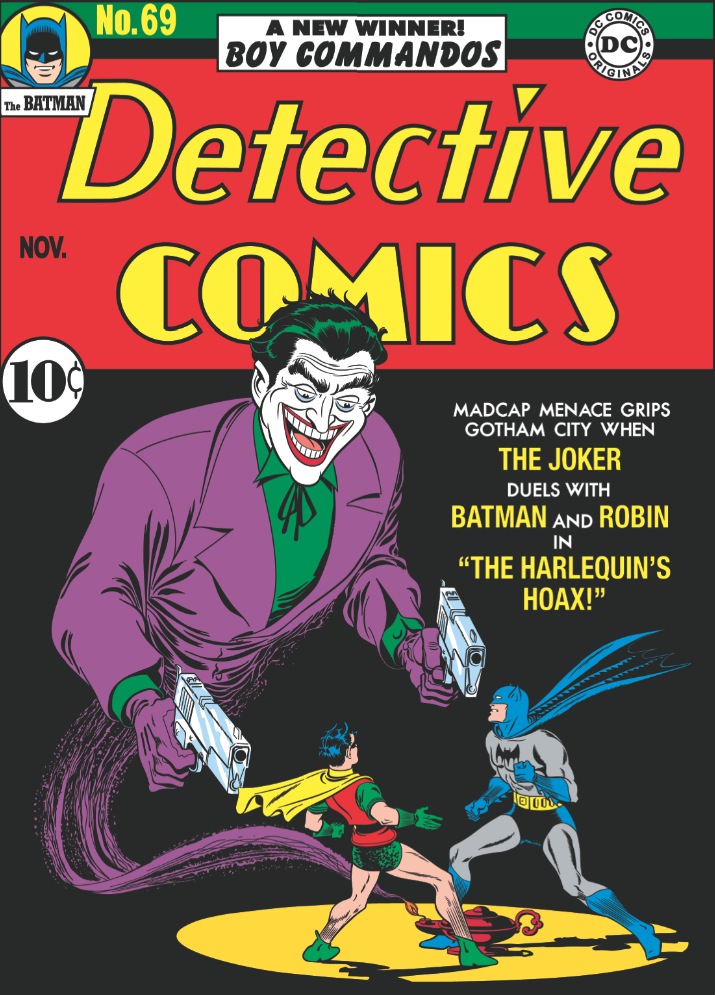 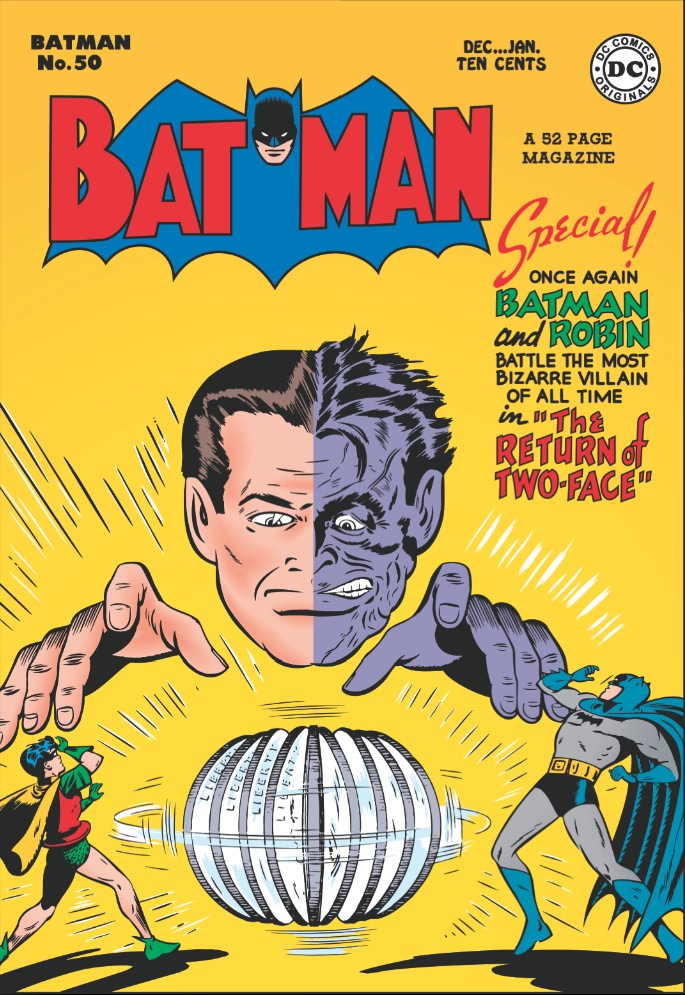 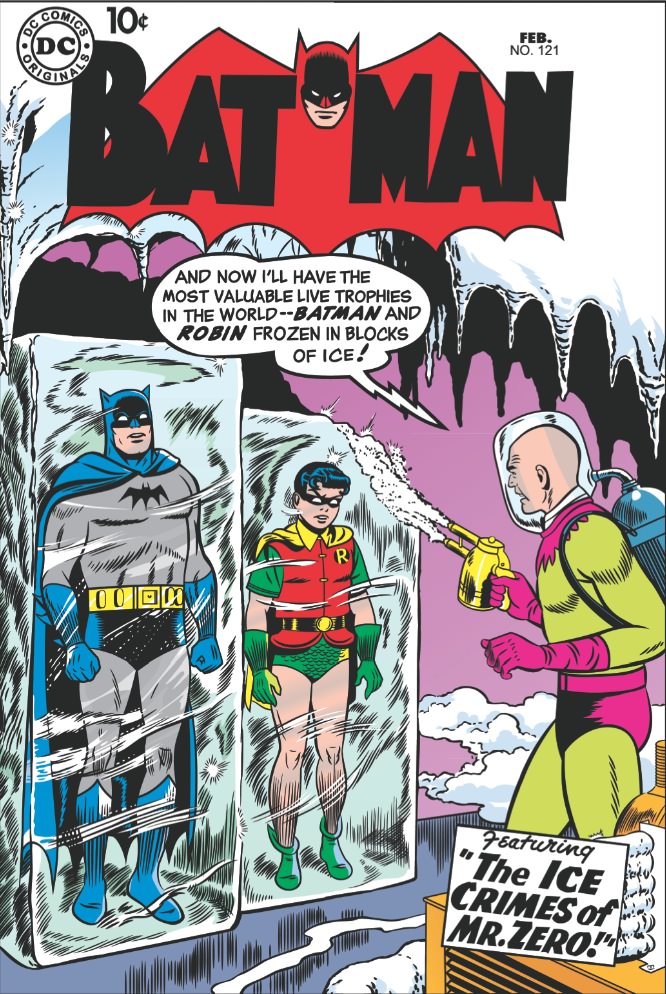 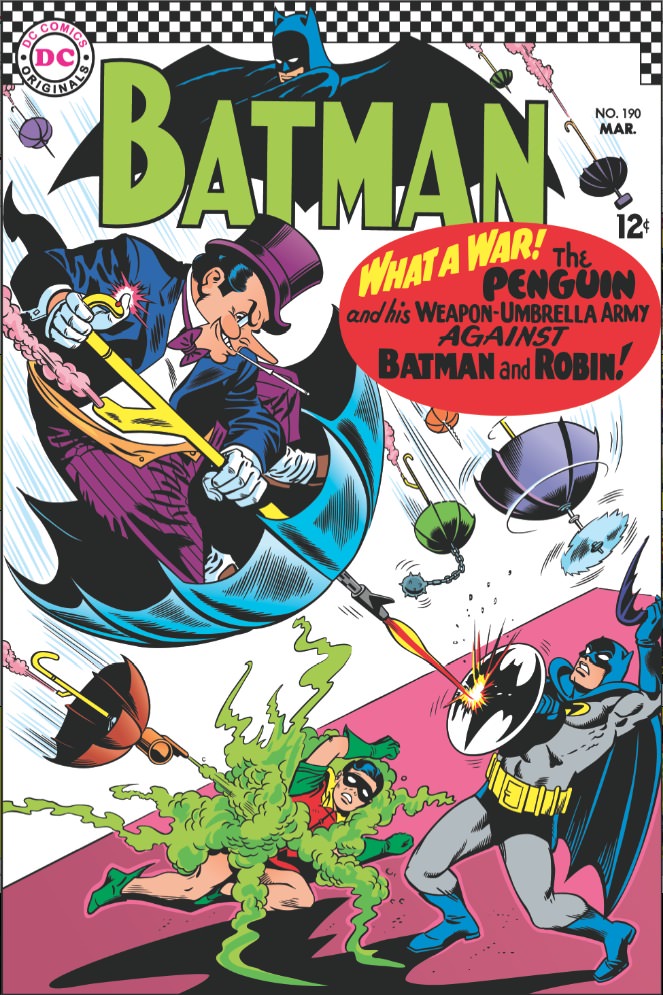 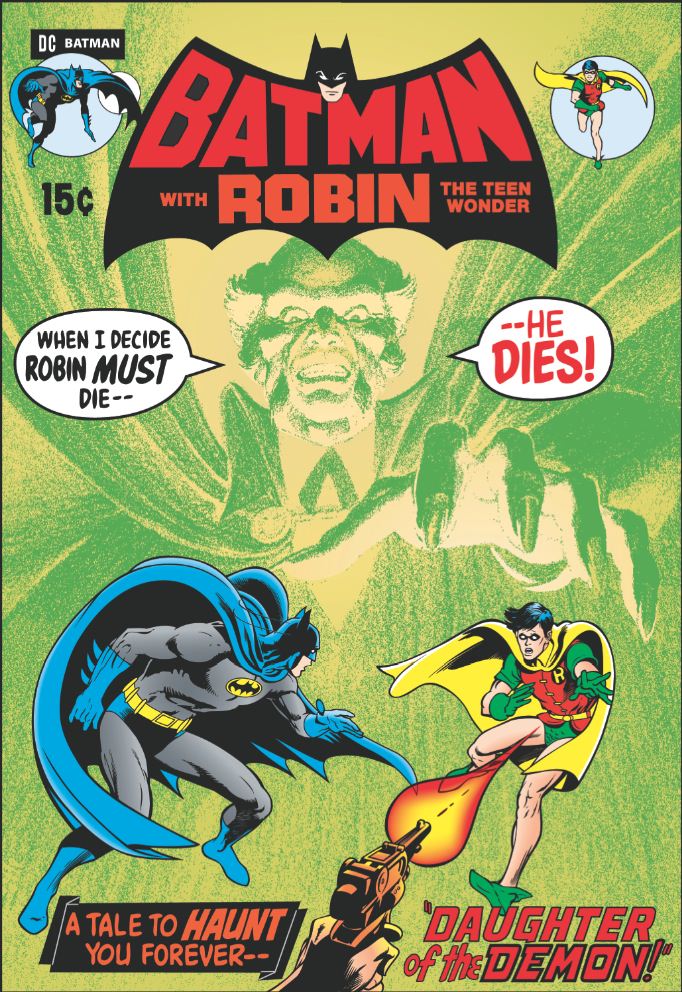 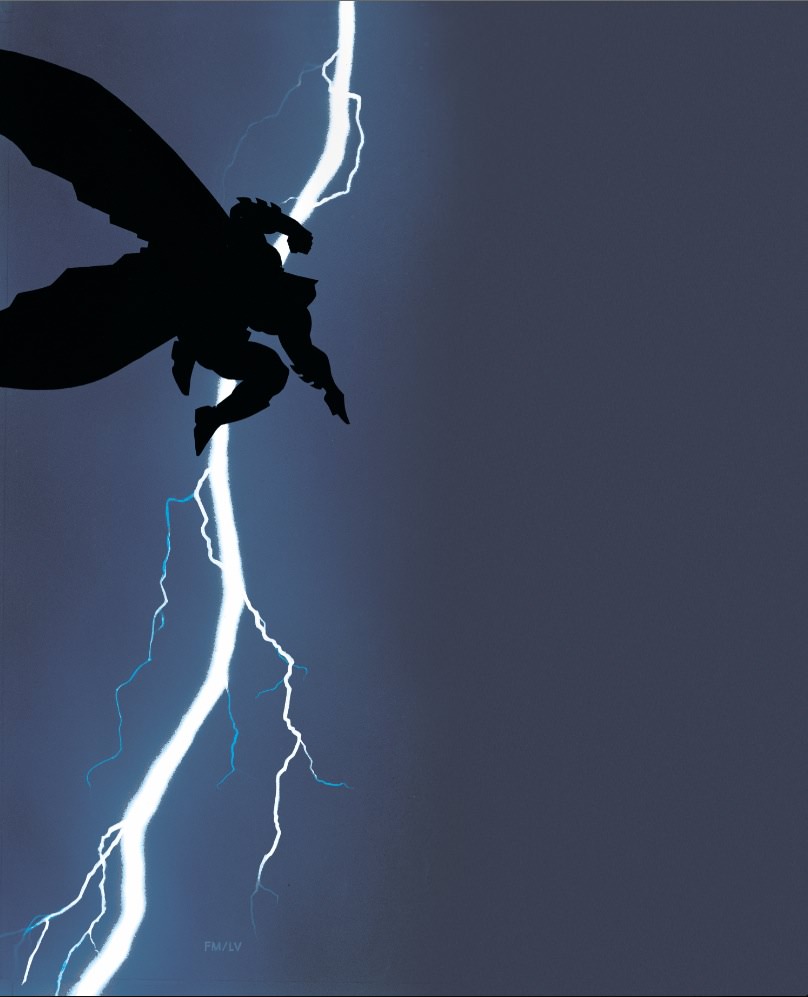 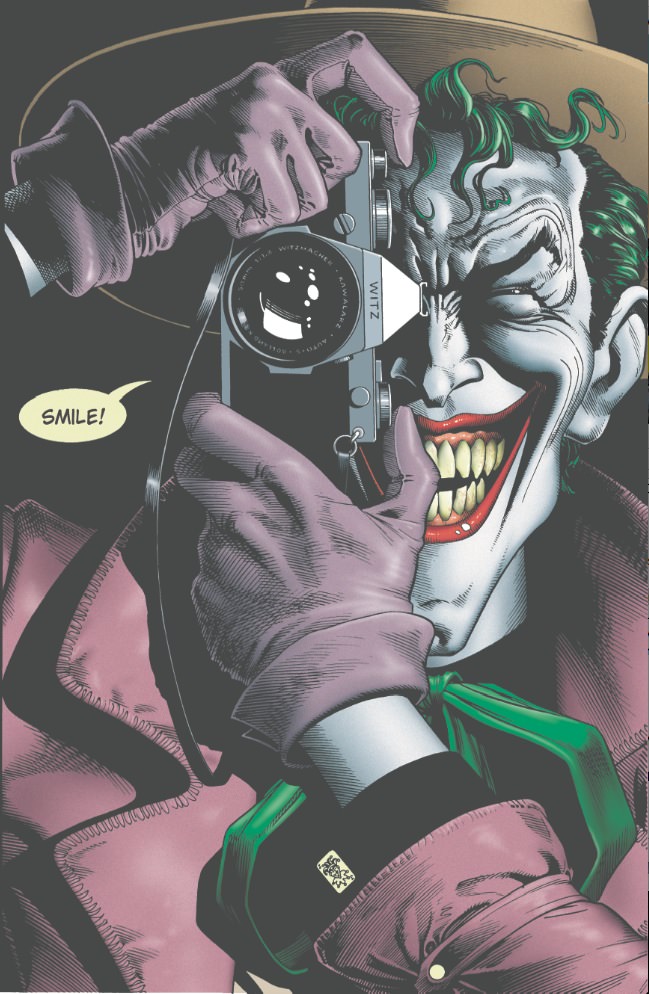 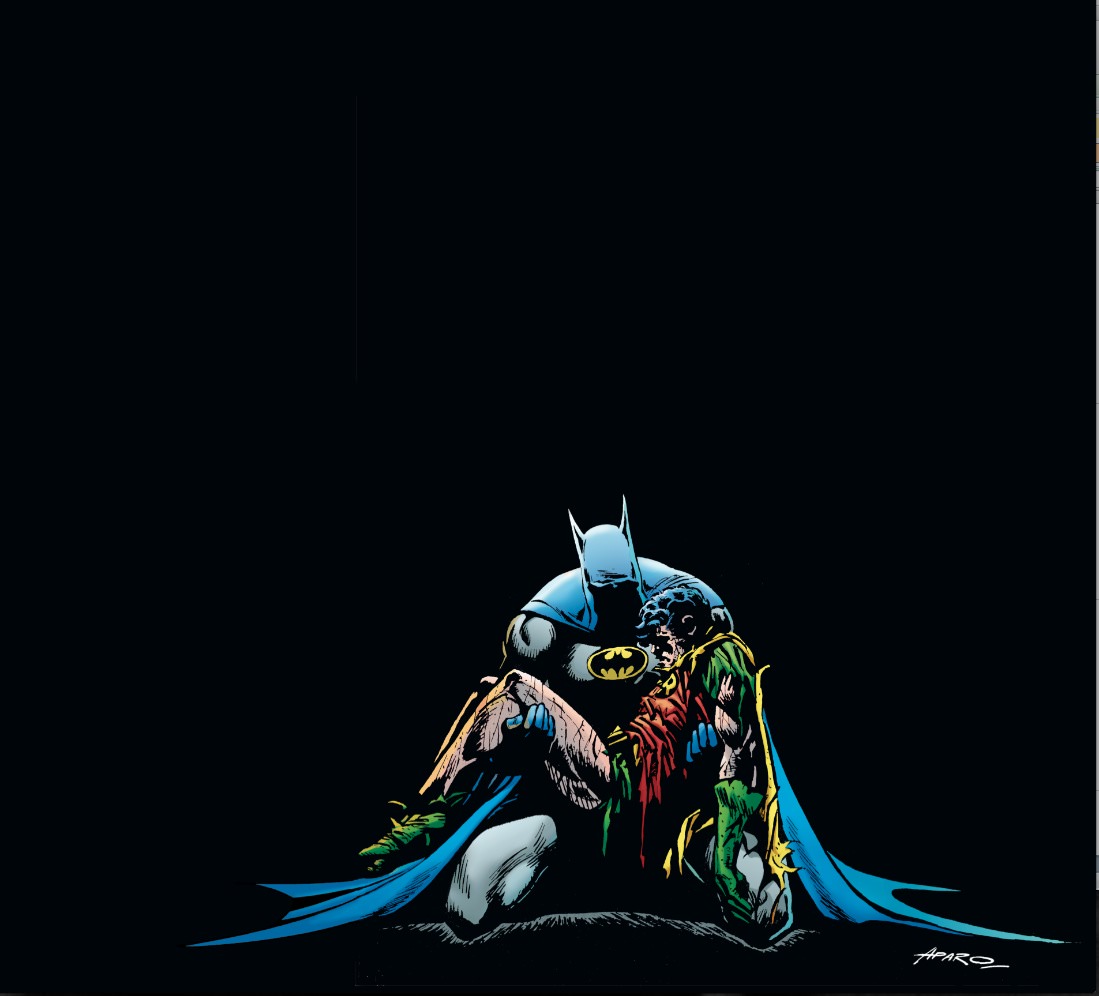 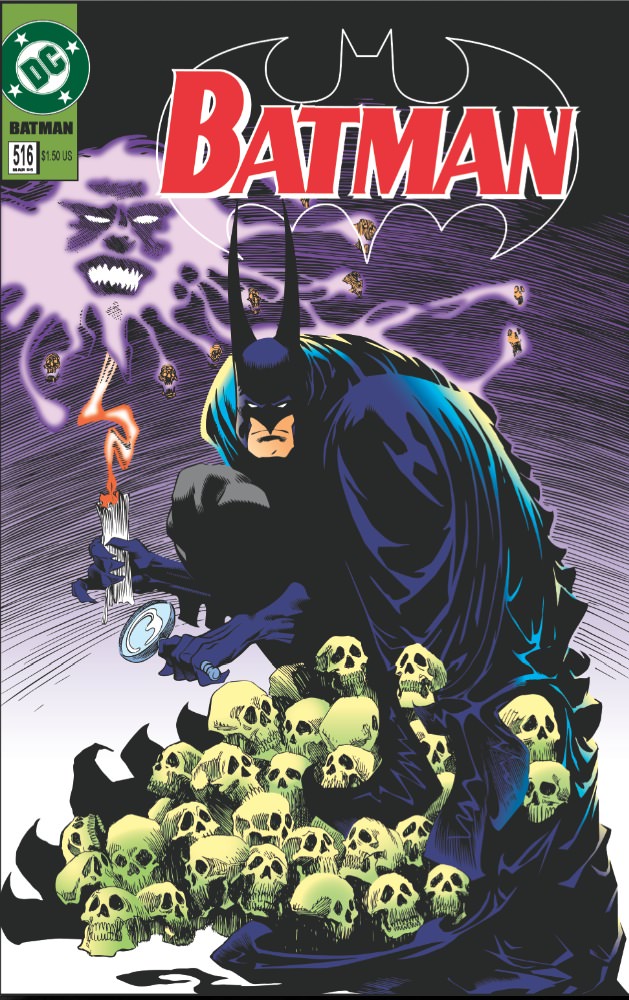 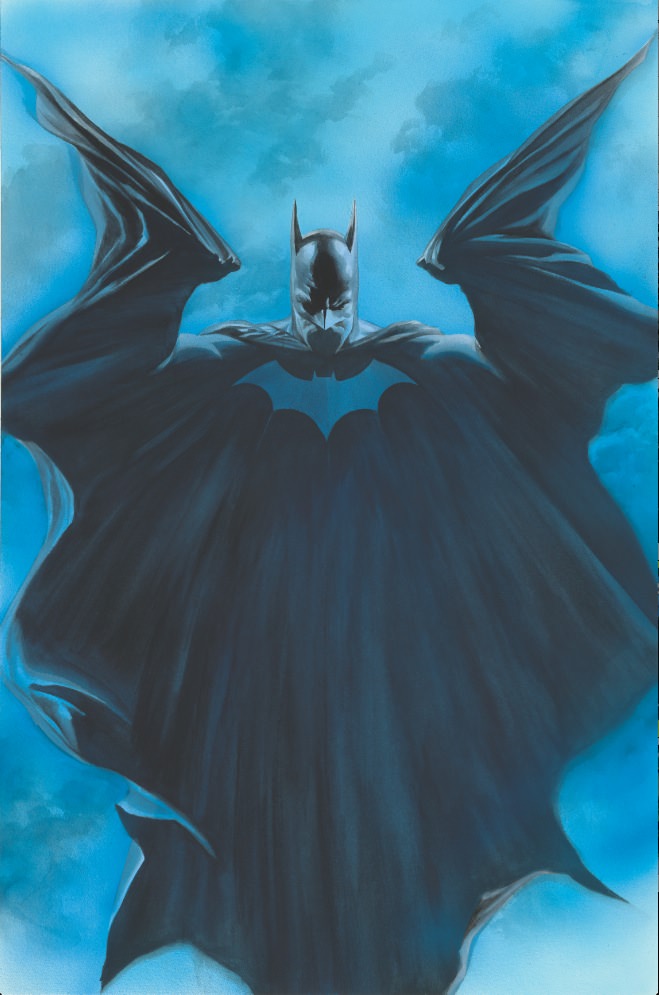 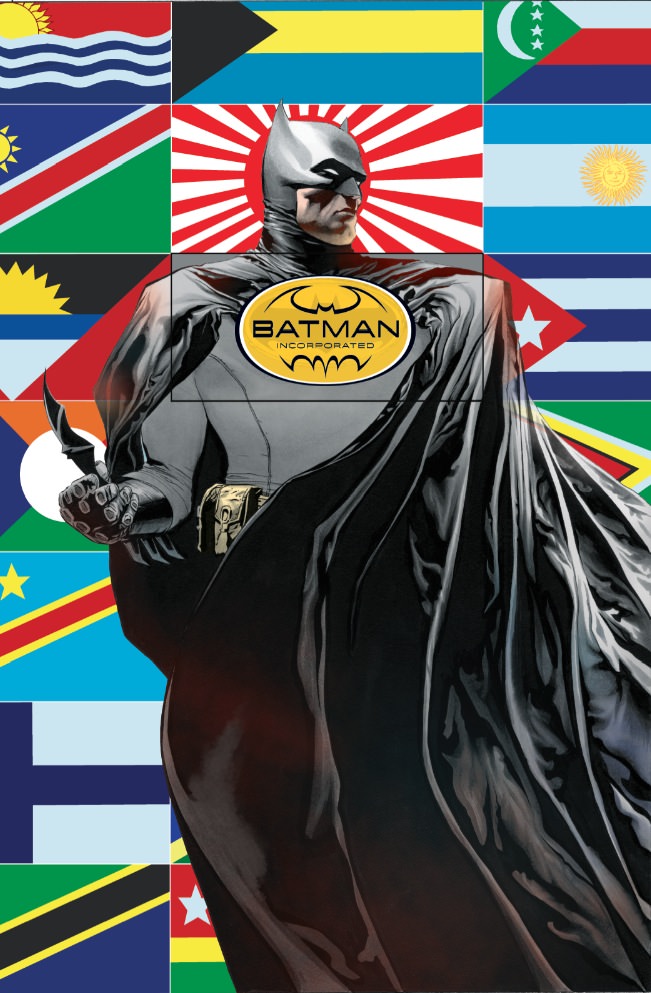 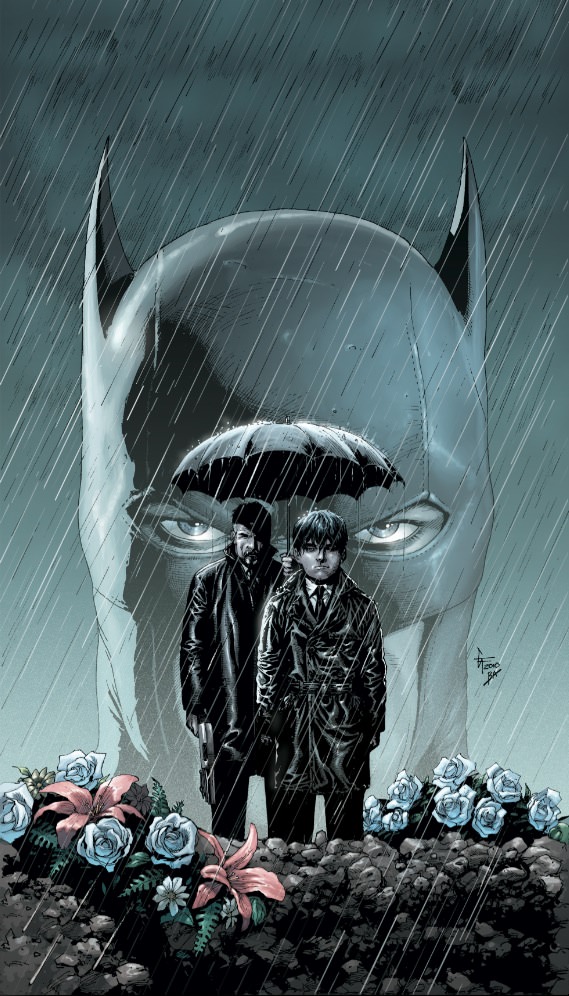 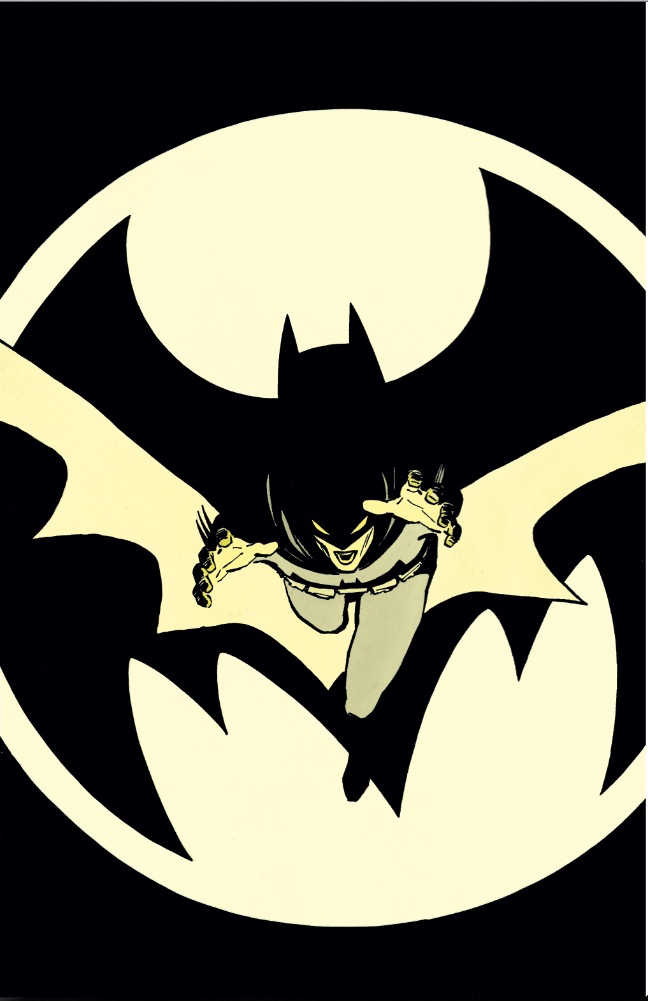