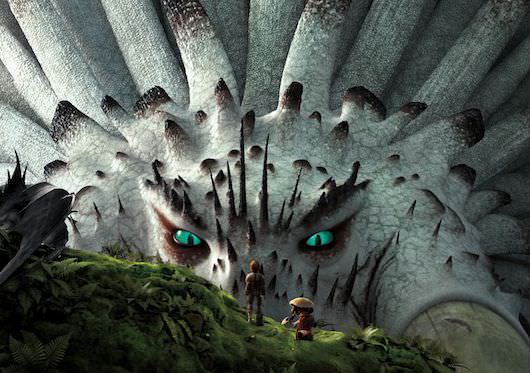 We learned a lot from talking to writer/director Dean DeBlois. One is, he must be one of the most calm, even tempered and laid back individuals helming a major film franchise in the business. Two, a lot of work, and risk, went into making How to Train Your Dragon 2, a sequel that is being heralded as one of the best in animated history. And three, the man is committed to creating an animated trilogy that’ll live on and inspire kids and adults alike for years to come.

So it’s no surprise that when he sat down with Elizabeth Blair, senior producer and reporter for NPR News Arts Desk, he had lots of classic films, from Bambi to Dumbo, that served as inspiration. But Blair wasn't the only person in the room with questions—DeBlois had to face his most important fan base (and the real connoisseurs of dragons), a group of children who had quite a few probing questions for the man behind their favorite dragons.

Here is Dean taking some hard hitting question from the kids