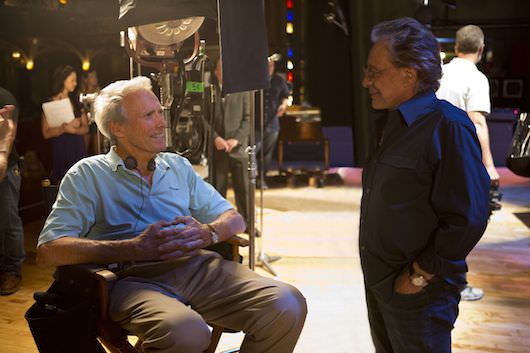 Jersey Boys is the story of the rise and fall of The Four Seasons, the “clean-cut,” all-American rock band that actually had two ex-cons and enough mob connections to satisfy a Scorsese film. Yet in the early 1960s the band sold themselves as the (Jersey) boys next door, and created some deathless tunes in the process.

Jersey Boys began it’s life, of course, as the Tony Award-winning juggernaut that became the 13th longest-running show in Broadway history when it played its 3,487th performance this past April 9th. The show has hit the road, swept city after city throughout the country, as well as tours in the United Kingdom and the Netherlands.

When director Clint Eastwood was asked recently at a press conference, where he answered questions along with  the film's two writers and the cast, how he got involved, he said, “It seemed like something to do,” laughed, and then admitted that he hadn't yet seen the play when he was first approached, via a script sent to him by producer Graham King. He went to see the musical in New York, San Francisco and Las Vegas. These viewings served as the first round of auditions.

Eastwood said in a press conference that it wasn’t the men on the stage in their impeccable suits and four-part harmonies that intrigued him most, but rather the drama behind their polished persona. “What really interested me was these semi-juvenile delinquents, who didn’t grow up under the best of circumstances, made it big. They were living on the periphery of the mob, pulling off petty crimes…some had even done jail time. Then the music came and pulled them out."

That realism meant having to cut back on one of the signature aspects of the play—letting the music and the story coexists more or less as equals on the screen. The filmmakers had to translate what made the play so special, Frankie Valli's incredible falsetto tenor and the foursome's impeccable harmonizing, without turning the film into a musical itself.

“There are things that you can’t do on the stage and can do in a movie, and what we tried to do in the screenplay is deepen it a little bit,” said co-writer Marshall Brickman, who also, along with his writing partner Rick Elice, wrote the book for the musical, too. “A two and a half minute song on the stage in performance will hold an audience because there’s something mystical and wonderful about being in the room with the actual live performers that works. On film that doesn’t work…to compare the movie and the stage play, the music and the story on the stage have about equal weight, what Clint did, and I thought it was a brilliant solution, some of it provided by the screenplay, of course [Laughs], was to put the story a little more in front. The story is really everything in a movie.” 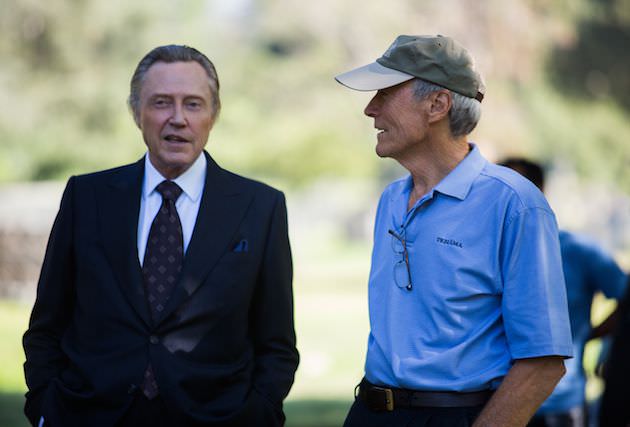 Co-writer Rick Elice concurred. “The music in the theater functions as a close-up, when a character sings in the theater, what the spotlight does is get you to look exactly where the director wants you to look, and the character opens his soul, but because you’re watching from a distance we do it through music. In film, of course, you can actually push into a close-up…it will always be a story about music, it’s a story about four guys who made music that speaks to a whole lot of people. But, with the advantage of cinema, and what that brings to storytelling, we were able to shift the balance of it a little bit.” 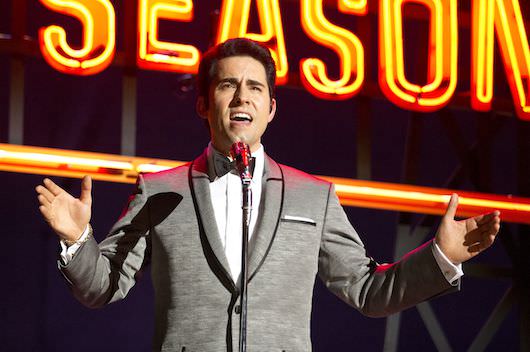 Tony Award winning John Lloyd Young reprises his role as Frankie Valli, having the pipes necessary to pull off Valli's legendary voice. Yet what makes this a film, and a Clint Eastwood film at that, is looking at the man as well as the performer, and what he had to do to make it, and what he couldn't escape no matter how hard he tried. The story of The Four Seasons is as much about being unable to completely separate yourself from the place you come from and the person you are, no matter the level of success you attain. As producer Robert Lorenz has said, "Their struggles did not end with the start of their success. They were trying to get away from the neighborhood, but found they could never entirely escape its influence on them and who they were.

Young isn't the only member of the theatrical production to reprise his role for the film—Michael Lomenda returns as bassist Nick Massi and Erich Bergen as Bob Gaudio, the wunderkind who had already written a smash song ("Short Shorts") for his group The Royal Teens as the age of fifteen.

Lomenda recalled a moment of panic on his way to his Jersey Boys audition in New York. He'd flown down to New York from Canada, and was standing in Columbus Circle in the pouring rain for 45-minutes trying to hail a cab. When he finally got one, he experienced a moment of extreme doubt. "In that cab ride I thought, 'I should just get out of this cab, this isn’t working out,' but thankfully something stopped me. I got [to the audition], finally, after being a half hour late, and I looked at myself in the mirror in the bathroom and said, 'You got this, you've got twelve hundred performances under your belt.' About a month after that I got a call that I had booked the film." In a nice bit of kismet, when Lomenda met Eastwood properly, after his costume fitting in Los Angeles, they found out that part of the director's Unforgiven were filmed on his uncle’s properly in the badlands of east-central Alberta, Drumheller. 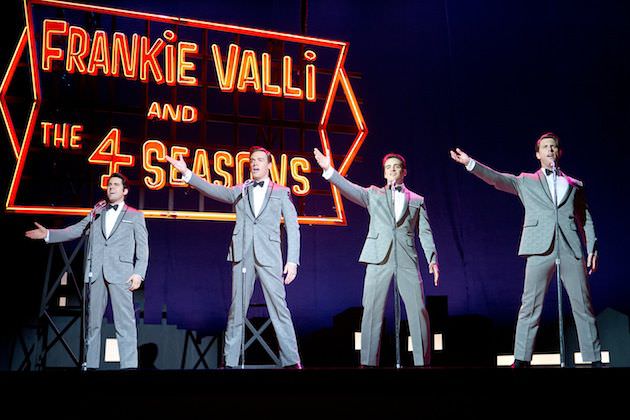 Vincent Piazza, who has memorably inhabited the role of Lucky Luciano in HBO's Boardwalk Empire, is the fourth member of the band, Tommy DeVito. The local mob kingpind, Gyp DeCarlo, is played Christopher Walken, no less. Walken and Eastwood careers have never intersected in their storied careers. They hadn't even met until Eastwood cast him as DeCarlo. "His involvement is what made me want to do it," Walken has said. "I think he's a master at what he does."

“I enjoyed the show so much, and I partly cast Michael from the San Francisco play, and Eric I have to attribute to Bob Guadio," Eastwood said. "I asked him, ‘Of all the people who have played you, who do you think was the best?’ William Holden was deceased at the time [Laughs], so I couldn’t get him. And Vince, I’d never seen Boardwalk Empire at that particular time, but he did come in and do an audition, and he was just spectacular. So I said okay, I think we’ve got the guys here." Eastwood said that, save for the writing, nothing is as important as casting. "If you cast it properly, everything takes place very easily, if you cast it improperly, you’re fighting an uphill battle.”

Eastwood also nabbed two of the original Broadway show's key behind the scenes players, the musical director Ron Melrose, who served as his music consultant on the film, and choreographer Sergio Trujillo. Then there's the real Frankie Valli and Bob Gaudio, who served as executive producers along with lyricist Bob Crewe, who wrote the playlist for the Four Seasons hits. 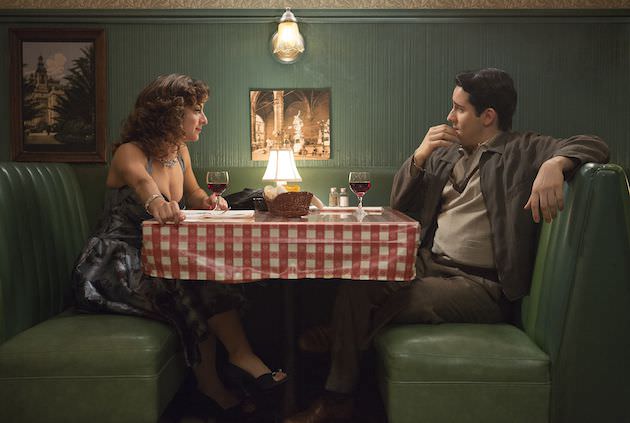 The cast is not just a boys club. Renée Marino stars as Frankie's first wife, Mary Delgado, another veteran of the Broadway Jersey Boys family and on the national tour. Marino gets to play the "feisty spitfire" from Jersey, as she's described it, a woman whose own life seems to plummet just as Frankie's takes off. Erica Piccininni, another veteran plucked from the stage version, plays Frankie's girlfriend after Mary, Lorraine, a reporter who came to do a story on the band and got a lot more than she bargained for. Ultimately Lorraine will be the catalyst for a major event later in the story.

In the end, Eastwood's version of Jersey Boys is all about story. It's a deeper, rawer look at men who made up The Four Seasons, their lives and the lives of the people they touched, and in some cases, burned.  It's all about the story, that's what makes it a film.

“The writer is a creative artist, and the director is an interpretive artist," Eastwood said. "[The writer] takes zero and makes it into something—it’s always amazing to me. I’ve never done it myself, I can just critique and go from there, so for Mr. Brinkman and Mr. Elice, I’m lucky to have the material.”