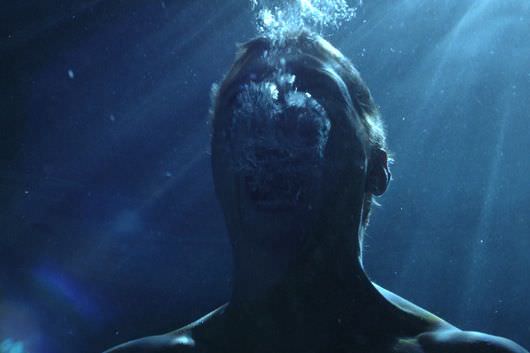 Damon Lindelof Returns to TV to for HBO’s The Leftovers

“Two percent doesn’t sound like much, but, two percent of the entire planet, of every person on it, that’s more than the world’s ten largest cities combined. That’s more than every death from every war in the 20th century. If every one of those people joined hands, they’d wrap around the world six times. It’s one hundred and forty million people. And like that…they were gone.”

The above quote comes from one of the clever, creepy teaser trailers HBO has released in the lead up to their latest series, The Leftovers, based on Tom Perrotta's 2011 novel. Perrotta, whose novel Little Children was made into an excellent, and creepy, feature film, wrote 10 episodes along with executive producer and showrunner Damn Lindeolf. Directors include Peter Berg (Lone Survivor), who directed the pilot, and Michelle MacLaren, the woman who helmed some of the most memorable Breaking Bad episodes of the shows' glorious run. The supremely talented Max Richter is composing, cinematographer Todd McMullen (Friday Night Lights) has lensed eight of the first season's episodes, and the cast, it should be noted, isn't filled with slouches, either. Justin Theorux, Liv Tyler, and Amy Brenneman are among them. Yet, HBO's biggest gamble is on Lindelof, a man who by every conceivable measure is a proven talent, but, who's still smarting from one of this century's most memorable, and contentious, television moments.

The Leftovers begins three years after the Sudden Departure, when a seemingly random assortment of people simply vanished. The world is still reeling, with various factions trying to impose meaning on an event that remains utterly inexplicable. The premise is ripe for serial TV, a “Rapturelike phenomenon” as Perrotta describes it in his book, in which a truly baffling collection of people are simply gone, including the Pope, Adam Sandler, Miss Texas and Vladimir Putin. What kind of Rapture guest list is that? Are they simply dead? Who, or what, is behind this? And how do you govern a world after such an event has occurred? The whole thing remains, three years after, a total mystery.

And who did HBO call to shepherd this mystery, to corral a vast cast of characters characters struggling with questions of mortality, faith, and morality in a world that suddenly makes less sense than it ever had before? A man who had done something similar, to fantastic effect, until, according to some (okay many), it all fell apart.

Lindelof, you probably remember, was the driving creative force behind ABC’s juggernaut Lost, along with Carlton Cuse and J.J. Abrams. The show was a glorious carnival of bizarre events, blink-and-you'll-miss-it-clues, diametrically opposed characters representing faith, science, good and evil, and a show that, say what you want, was gloriously cinematic. Lost was a smashing success, a television show that was conceived, written and shot on a scale that was staggeringly ambitious. It was, save for the commercials, like watching a film every week. Lost also became, however, an emblem of what happens to shows that disappoint a segment of their fans in our current digital age.

The finale of Lost was truly Event Television, and when the credits rolled that finale nearly broke the Internet. The amount of breathless commentary and wild vitriol it elicited was astonishing. For the uninitiated (four year old spoiler alert), the show's protagonist Jack (Matthew Fox) dies in an epic battle with the possessed John Locke (Terry O'Quinn), but he saves the world in the process. Then he awakens in heaven, or some kind of heaven anteroom, where all the characters from the island are gathered. There's a beautiful interfaith church and lots of soft, buttery light. A lot of the questions that Lindelof and Cuse had seeded throughout the series, creating a cottage industry in easter egg reporting (Entertainment Weekly's Jeff Jensen was the undisputed king of Lost micro-and-macro reporting—he went on to write the script for Tomorrowland with Lindeolf and Brad Bird), went unanswered. A lot of people were insensate with fury over this, and Twitter, Facebook, fan sites, chatrooms and the infinite warrens of the Internet offered them a forum to express this fury. A lot of it got directed squarely at Lindelof.

Just this past Monday, the New York Times Magazine published a profile of Lindelof, where he discussed, among other things, his decision to get off Twitter, four years after Lost ended its run with that highly controversial final episode, because he was still being dogged by angry fans. At that point, his Twitter bio read 'I’m one of the idiots behind Lost. And no, I don’t understand it either.’ What finally got him off Twitter was fan reaction to his tweets commending the Breaking Bad finale—they brought it back to Lost and savaged him all over again. Lindelof’s last Tweet, on October 14 (the day of the Sudden Departure in The Leftovers), was appropriately enigmatic: “After much thought and deliberation, I’ve decided t”.

Lindelof hasn’t worked in TV since Lost, but he’s kept himself busy being a very handsomely paid screenwriter and script doctor on a slew of big time projects, from Ridley Scott’s Prometheus to the recent Star Trek: Into Darkness. He was brought in to help with the script for World War Z, one of several films he stepped in to help rework the screenplay. The Leftovers represents not only his return to television, but to a a show some might say is eerily similar in tone to Lost. Yet Lindelof has ventured back into the medium that caused him no small amount of agita because, in the end, he is a storyteller comfortable with mystery.

The show is told through the lens of Garvey’s family, and it’s set in the small town of Mapleton, New York. Garvey is trying to keep the town together, but this is being made more and more difficult by the populace's varied ways of dealing with the mental fallout from the Sudden Departure. One of the ways some of them choose to deal is by joining The Guilty Remnant, a bizarre, cult-ish group that doesn’t speak, wears all white, smokes as a matter of principle, and consider themselves living memorials of those who disappeared.

“When you hear the premise of the show I think the only question I think there is to ask is, ‘What was the sudden departure?’” Lindelof says. “But my hope is that you become less invested in the fundamental mystery and more invested in the people that you’re watching.” This might sound like a way to couch his concern over not crafting a satisfying conclusion to the show, tremors from the Lost fallout, but it's also a sound way to build a show. 'Why did it happen?' is, of course, an interesting question, but it's not a television series. 'What are you going to do about what happened?' Now that's a show.