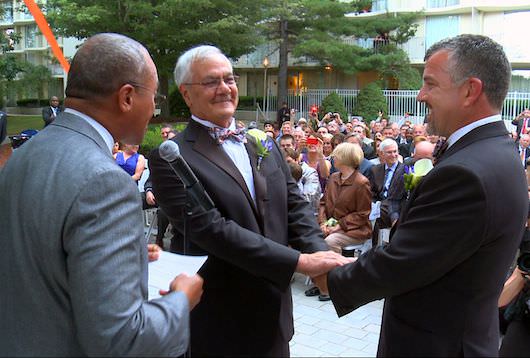 Barney Frank on Doc Compared to What, Hollywood, Politics, & More

By the time Barney Frank retired, he was one of the most beloved figures in Congress, and also one of the most vilified from a certain segment of the population. On the local level, especially in his Fourth District in southern Massachusetts, which includes the liberal Boston suburbs of Newton and Brookline, Frank was admired for his candor and respected for his commitment to his constituents. You don't get re-elected sixteen straight times without having earned the trust and respect of your district. 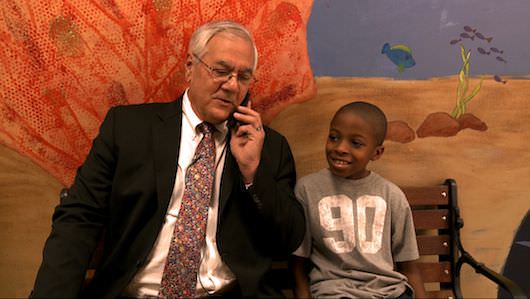 On a national level, Frank might have meant even more, to both the people he championed and to his foes. He's been an outspoken leader on issues of national importance, including financial industry reform (he authored the Dodd-Frank law overhauling financial regulation with Senator Chris Dodd), worked tirelessly on issues that effected middle and low income families, from housing to welfare to opposing cuts on Medicare and Medicaid. A staunch liberal, Frank backed up his policies with a policy wonk's love of details and a debating champion's love of verbal combat. You can't read about Frank without the words cantankerous, wry, and fearless coming up. He was was as willing to reach across the aisle as he was to verbally box someone into a pulp on the floor of the capital. He was an icon and champion to many, and a liberal bogeyman representative of all that ails our proud country to others. President Obama had it right when he said, upon learning of Frank's decision not to seek re-election in 2011, "This country has never had a Congressman like Barney Frank, and the House of Representatives will not be the same without him."

Frank was more than just a ferocious debater and brilliant legislator, of course. He was the first prominent openly gay Congressman, a man who made severe personal sacrifices for many years to devote himself to his work, including having almost no romantic life, and keeping his sexuality a secret while in Congress for seven years. He has spoken, loudly and brilliantly (he speaks in complete sentences, even complete paragraphs, and was probably the most formidable public speaker in the entire Congress) on behalf of the rights of LGBT Americans, using his own personal experience to challenge any member of Congress to tell him that what he feels is wrong, to explain in terms that make actual sense how his private feelings for another individual have any actual effect on the lives and marriages of others.

In the documentary Compared to What: The Improbable Journey of Barney Frank, you get an intimate look into the life of a man who kept so much of himself a secret for so long. It’s an oft hilarious, deeply moving portrait of what is becoming a rare breed of politician—a man who says what he means, and who views his office not as a title to keep at all costs but an incredible opportunity to actually help the people he was put there to serve. "He postponed his happiness to serve the people," one of his close friends says in the film. Compared to What explores Frank's life, the seven years he remained closeted while in Congress, the scandal that almost upended his political career, and the love he found, finally, with partner Jim Ready. Throughout the film, you're treated to one of Frank's greatest assets, his laser-quick wit and his honesty. You're left wishing there were more politicians, regardless of their party, and regardless of your political beliefs, who cared about the job of governing as much as he did.

Today is an appropriate time to run our interview with Frank, considering it is Pride Week here in New York. We spoke to Frank at the Provincetown Film Festival, where Compared to What screened to tears and applause.

One thought while watching Compared to What was how similar, in a way, the entertainment industry and the political sphere are when it comes to how the prominent people involved in both seemed forced to create a façade for the public,  one that's not really representative of their true character, as you yourself did for so many years.

Well, I never quite reached the Rock Hudson stage where I got married, but what I decided to do is I would not pretend I was straight, but I would not acknowledge I was gay. One of the people I got to know and enjoy the company of in the few years he was there was Sonny Bono. And Sonny and I would talk about the similarities between being an entertainer and being a politician. About the centrality of the audience and how you had to be focusing on how you appeal to the audience. And so there are a lot of elements in common. 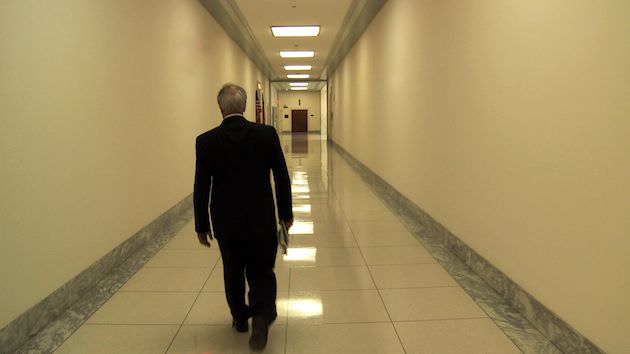 If you allow me to be precious about the way you practiced your career, there’s kind of an art to it. There’s an art to legislation, and I think the art in your process was that you were honest. You didn’t bullshit.

That was part of it, but I was honest, but not excessively, that is, I never lied, but there were truths I didn’t volunteer. You have to take into account people’s feelings. I would never misrepresent, but if you could conciliate people by not saying certain things, you would do that. Remember, the key to politics, particularly legislative politics is, you can’t make anyone do anything. It’s all persuasion.  And so trying to get something done legislatively means trying to persuade people, to get them to do you a favor, to like you, or to have an interest in your success. Being honest helps with the voting, and that’s the problem, because in the short term, if you say things the voters don’t like, they vote against you. Over time, if they recognize there’s a pattern of honesty, they give you more respect for that. But sometimes you run into a problem trying to establish that.

Do you have hope that the temperature in Congress might cool enough so meaningful legislation might pass?

Yeah, here’s the deal. You know Hank Paulson was quoted in the documentary, Bush’s Secretary of the Treasury, about how cooperative he and I were when Bush was president 2008. And what happened was, the Republicans frankly have been taken over by the tea party, and that’s when bipartisanship broke down. Obama never got from the Republicans the kind of cooperation we gave to Bush, which is to agree on some things, disagree on other things. And I think here’s the problem, the Republican Party has moved farther to the right than is sustainable. But I think the 2016 presidential election is going to be very much a problem for them because of this split between the extreme conservatives and the more rational mainstream conservatives. I think they’re going to do badly in 2016 and that’s going to lead them, the more responsible elements of the party, to say, Okay, we have got to dig in and get people to vote. And I think in the aftermath of 2016 we’ll return to a more balanced liberal party and conservative party, but both will be reasonable. And the extremism that’s taken over the Republican Party, I am hopeful, will be expunged.

The disconnect is between what the majority says they want and what they’re willing to act on. The fact is that the members of Congress overwhelmingly hear that from the people who are against gun control, and having an unexpressed opinion doesn’t move the political pressures. Look, when politicians are calculating politically, every politician is a mix of doing what you think is right, listening to your party and listening to your voters. Different members put different strengths on each of these. But to the extent that different people are calculating politically, they’re not interested in undifferentiated public opinion; they’re interested in how strongly people feel about something and what will motivate them. And the fact is that the overwhelming majority of people who act on their feelings about gun control are against it. And that includes voting! In Colorado, the Colorado legislature passed a strong gun control bill, and three of the state Senators, democrats who had voted for that bill, were forced out of office in special elections. Two lost and one quit because they were going to lose, because while the public says the majority of them are for it, all the energy is on the side of the people who are against it and they’re the ones who influence the Congressmen.