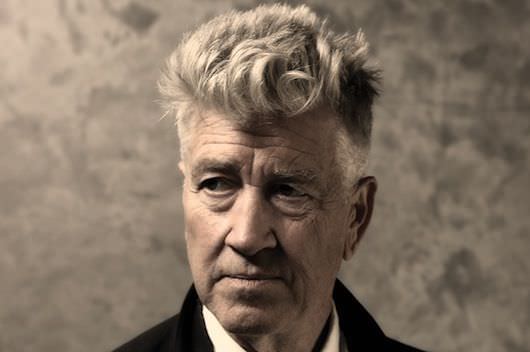 One of the first words out of David Lynch’s mouth nearly brought the house down at the Brooklyn Academy of Music on a drizzly night last week. The icon behind films as disparate and evocative as Eraserhead, The Elephant Man, Blue Velvet and Mulholland Drive, as well as the groundbreaking television series Twin Peaks, was patiently listening as Paul Holdengräber, the erudite director of public programs at the New York Public Library, told Lynch what he hoped to do with their 90 minutes of conversation.

“Tonight,” Holdengräber said in his thick continental European accent, “I hope to follow you down through several mazes.” Lynch smiled, nodded, and deadpanned, “That would be amazing.” The man responsible for some of the most unsettling, sticky images in modern film history proved himself to be a warm, playful and witty conversationalist.

David Lynch in Conversation with Paul Holdengräber wasn't a retrospective of the artist's work, but rather a tour of his inspirations, from the paintings of Francis Bacon and Edward Hopper (with focus, fittingly enough, on Hopper's "New York Movie"), to his love of factories, fire, and smoke, to the work of his longtime collaborator, the composer Angelo Badalamenti. Lynch is a filmmaker, musician, artist, photographer, and a longtime practitioner of transcendental mediation to name a few of disciplines. The night might not have been a journey through several mazes, as Holdengräber hoped, but it was amazing.

Holdengräber cued up Bobby Vinton’s version of the song “Blue Velvet,” which Lynch had named his 1986 masterpiece after. After hearing Vinton’s version of the song (it was written by Bernie Wayne and Lee Morris in 1950, and originally performed by Tony Bennett, and has been covered numerous times, most recently by Lana Del Rey), Lynch was struck by several images that popped into his head. One of those images was a severed ear, crawling with ants, lying in a field of grass. The image, frozen on a screen on the stage, looked almost like a painting.

“When you isolate something,” Lynch said, “it becomes more special.”  Kyle MacLachlan’s character, Jeffrey Beaumont, finds the ear, which acts as a kind of token that grants him access to a mysterious underworld of Lumberton, North Carolina, the bucolic town of the film's setting, involving a beautiful nightclub singer (Isabella Rossellini) and a group of lunatics, led by one of the most iconic villains in film history, Frank Booth (Dennis Hopper), who have kidnapped her husband and child. Vinton's cover acted as Lynch’s token to a grotesque world seething beneath this "All American" town, which he would later explore, on network TV no less, in Twin Peaks.

Part of Lynch’s immense appeal is the duality between his persona (soft spoken Montana boy, kind, thoughtful) and his work (dreamlike, dark, filled with dread). One period in his life that he credits with informing his artistic sensibility was his time in Philadelphia.

“Row houses and big buildings, and these buildings were covered with soot, and the row houses were covered with soot,” he said. Lynch finds beauty in images and emotions that most people might find unsettling, or simply unremarkable. "Rooms in these places were a certain kind of green, and I kind of fell in love with this green," he said. "And there was tremendous fear in the air. There was corruption in the city. There was filth. There was a kind of insanity, and there was not a 'brotherly love.'”

It was in Philadelphia where Lynch became interested in organic phenomenon, what he describes as “mother nature trying to reclaim things.” He became interested in how things decay, which would go not only to inform his films, but also his photography, like this abandoned factory he shot in Poland. Lynch loves "organic phenomenon infused with fear and torment." From the menacing, crumbling industrial setting of his breakthrough film Eraserhead, to the severed ear in Blue Velvet being claimed by ants and the surrounding grass, Lynch has returned to this notion of organic phenomenon again and again.

But What Does It Mean?

If Eraserhead put Lynch on the map, it also confused as many people as it excited. To this day people aren’t sure exactly what the film is about, and he’s not about to explain it.

“It might be my most spiritual film,” he said, but wouldn’t explain exactly what the film meant. It’s typically described as “surreal,” or “surrealist body horror,” and seems to be about a father Henry Spencer (Jack Nance), trying to care for his horribly deformed child in a foreboding, nightmarish industrial landscape. “I knew it meant something, but I wasn’t sure what,” Lynch said. “One day I was reading the Bible, and I was reading along and I came to this one sentence. I read the sentence and knew what the film meant, so I closed the Bible.” Holdengräber asked him if he might tell the rest of us what that line in the Bible was. No dice.

One piece of beloved lore not mentioned was how Eraserhead and his next film, The Elephant Man, led Lynch to an opportunity most directors would have killed for—the chance to direct the final film in a little trilogy called Star Wars.  Lynch turned George Lucas down.

“I never really liked science fiction,” Lynch has said, “I like elements of it, but it needs to be combined with other genres. And, obviously, Star Wars was totally George’s thing.”  And yet, Lynch’s next film was the adaptation of Frank Herbert’s sci-fi novel Dune. It was critically panned, but nevertheless a Lynchian take on a an novel so dense and difficult to adapt it’s an achievement it was made at all, let alone with some great moments sprinkled within. As The Atlantic’s Daniel Synder points out, Chilean director Alejandro Jodorwosky, no slouch himself, attempted to adapt the film and ended up having to abandon his version—it was 10-hours long by then.

The Nature of Creativity

"When things are blurred," Lynch said regarding his relationship to ideas, "that allows room for dreams. As soon as you dim the lights the mind can kick in."

Holdengräber did his best to get Lynch to open up about the nature of his creativity, how his ideas come, what the experience is like for him. Without ever talking about the better part of his cinematic output (not to mention Twin Peaks), including Wild at Heart, Lost Highway, Mulholland Dr., or Inland Empire, Holdengräber was able to elicit a lot of memorable quotes from Lynch, none more so than his description of how ideas seem to come to him.

"In the other room the puzzle is already complete, but they keep flicking in pieces one at a time."