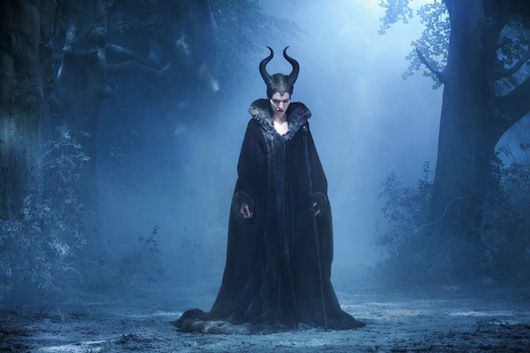 Maleficent and the Strange and Storied History of Fairy Tales

This coming Friday one of the most eagerly anticipated films ever based on a fairy tale will be casting its spell on millions. We're talking about Maleficent, of course, Disney's fresh look at one of the most iconic villains of any fantasy or fairy kingdom, played by the seemingly perfectly cast Angelina Jolie. The production design looks lush, the effects superb, and the cast of the whole film a touch darker than we're used to with a Disney film.

Yet long before they were material for children’s movies, fairy tales have been drawn into debates on the nature of literature, cultural evolution and national identity. They’ve been subjected to Freudian analysis, Jungian interpretations, feminist readings, postmodern readings, poststructuralist readings, Marxist readings… pretty much every –ism you can think of has laid a claim.

Writers from Aesop to Italo Calvino have been drawn to folk tales. And yet it’s surprisingly difficult even to pin down what we’re dealing with when talking about them. Where do we draw the line between a fairy tale and a fable, or a legend, or a myth? It doesn’t help that many stories we think of as old as the hills are actually recent creations, and others used to be told in so many wild variations that it hardly seems like there’s a single story there at all.

Three authors in particular have deeply informed our modern perception of fairy tales and folklore. Each, in their way, was tuned into the intellectual concerns of their time, as well as the concerns of kids clamoring for a story. 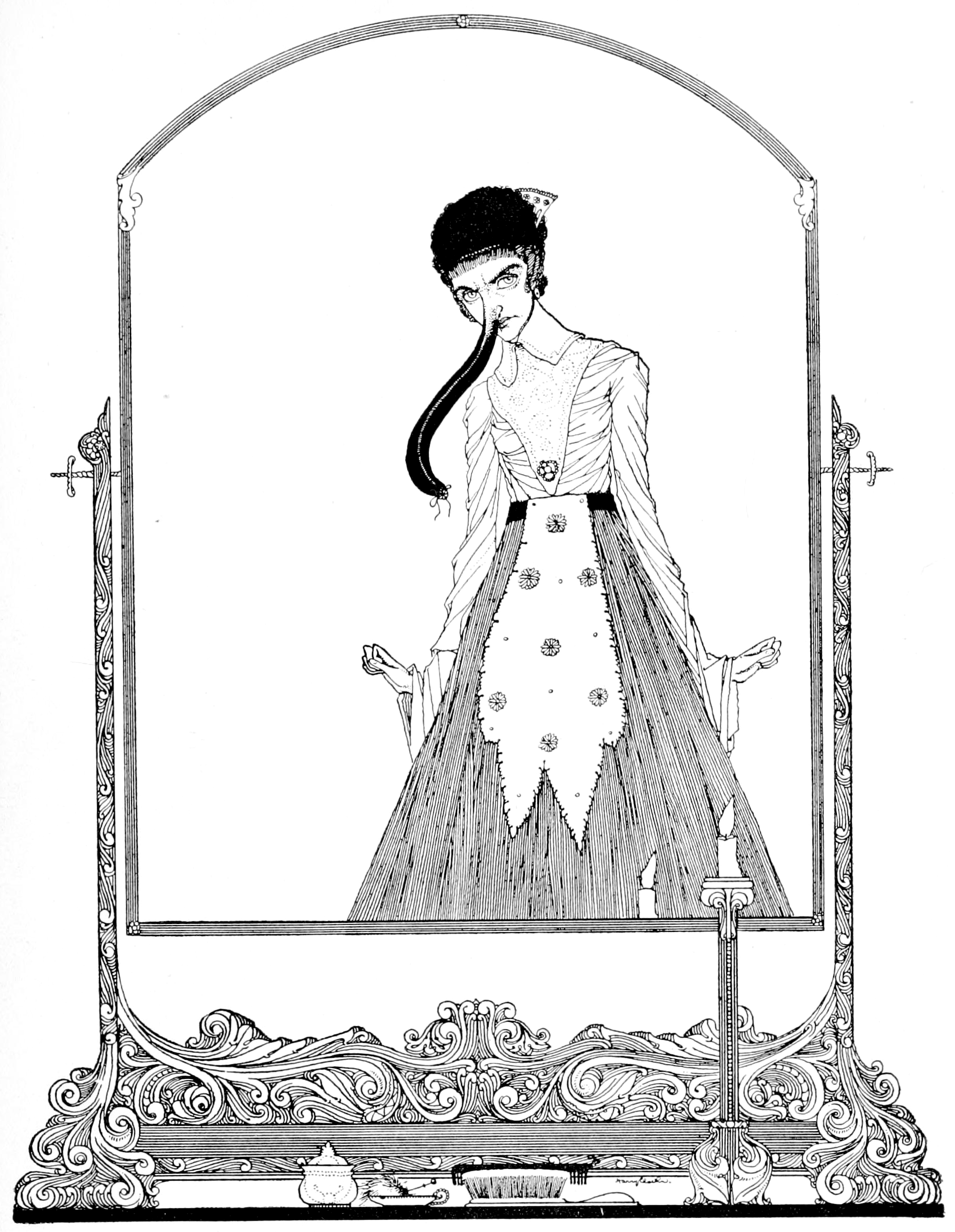 This French author and member of the Académie française is often credited with founding the genre of written fairy tales. At 67 years old, after retiring from his post as secretary to the Academy of Inscriptions and Belles-Lettres, he devoted himself to his children’s education and published a collection of stories called Tales and Stories of the Past with Morals, better known by its subtitle Tales of Mother Goose (Les Contes de ma Mère l’Oye).

Perrault’s previous work was considerably more recherché. His treatise on an adaptation of Euripides’ tragicomedy Alcestis sparked a drawn-out debate in literary circles. The “quarrel of the Ancients and Moderns,” which had the intelligentsia up in arms for decades, superficially was over whether anything new could be better than what the ancient Greeks and Romans had produced, or whether the best that could be done was imitate them.

On a deeper level, the quarrel was about if literature evolved the way science did. (Science at the time had just begun to move beyond reliance on classical models.) And if it did evolve, was its course linear or cyclical? Perrault was on the Modern side, as was Fontenelle; la Fontaine and Racine, among others, stood behind the Ancients.

Tales of Mother Goose catapulted him out of that rarified circle in 1687 and made him a household name. Some stories were his original work; others, such as Little Red Riding Hood and Cinderella, were adaptations of folk tales. The Brothers Grimm adapted many of his stories with the French elements removed.

As previously stated, he usually gets the credit for inventing written fairy tales, but he draws heavily from early fairy tale writers of the Parisian salons. That was a relatively female-dominated field, presided over by authors like Madame d’Aulnoy, who wrote literary fairy tales for an adult audience. But thanks to Perrault’s fame, and the Grimms’ interest in his work, the stories we’ve retained from that time are in the form he told them. 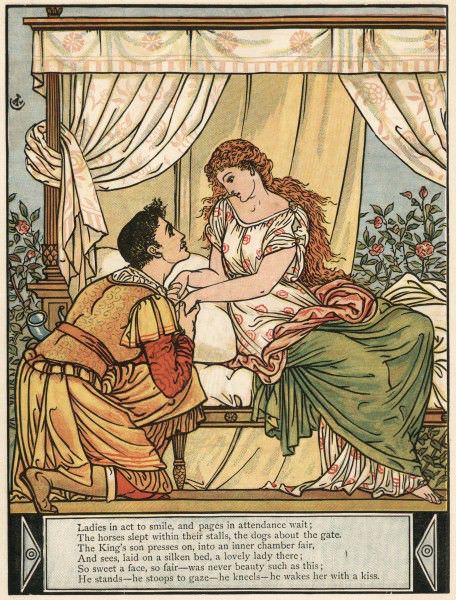 In the 19th century, the rise of Romanticism and nationalism in Europe sparked widespread interest in folk culture. This interest was commonly motivated by a mistaken notion that some pure, essential form of national identity was preserved in peasant culture. At the time, many – including Jacob and Wilhelm Grimm – thought that all the myriad variations of folktales could be traced back to unchanging ur-versions of each story. We now know, partially thanks to their work, that myths and fairy tales were always changing and have no original version.

On the one hand, their view of folk culture was nice because it fostered a spirit of populism and national unity. On the other hand, Hitler took it to mean that the tales were parables about Teutonic racial purity. Every household under the Third Reich had to own a copy, and the book was banned in Allied-occupied Germany, so there’s that.

The brothers traveled around Germany talking to people, recording the folktales they knew and compiling them in an orderly fashion. They published an anthology in 1812 as Kinder- und Hausmärchen, or Children’s and Household Tales, better known in English as Grimms’ Fairy Tales. Most fairy tales that Anglophones know today can be found here, as well as some that have fallen by the wayside – in its 7th and final edition, the book was in two volumes and contained 210 stories.

Theirs was the first work that attempted to preserve not only traditional stories but the style in which they were told. As linguists and folklorists, they were attempting to retrieve oral tradition, what they considered pure, native German naturpoesie as opposed to artificial, foreign-influenced kunstpoesie. Early editions translated the tales into Standard German but the brothers later attempted to reintroduce Low German dialects and regional variations.

The stories in Children’s and Household Tales weren’t originally intended for children but people thought they were, possibly because they were called Children’s and Household Tales. Subsequently, the first edition was widely criticized for its abundance of violence, sexual content and scholarly information. Rather than correct everyone, the brothers decided to roll with it and made later editions (slightly) more suitable for kids.

Movies inspired by the Grimms: Snow White, The Princess and the Frog, Sleeping Beauty, Rapunzel 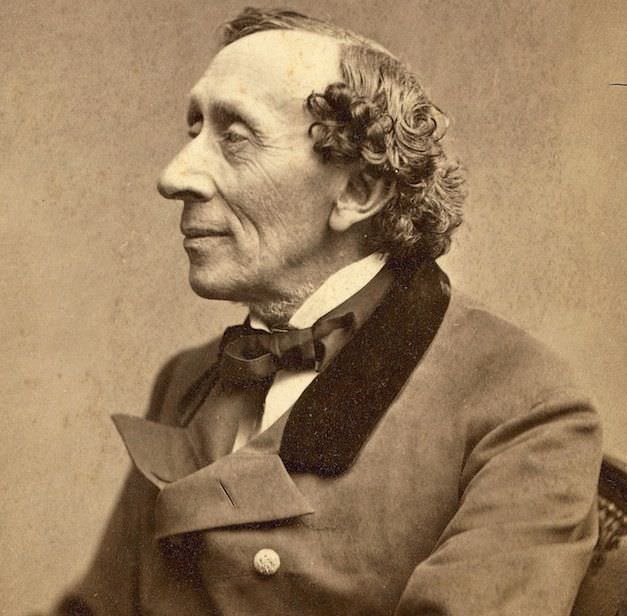 Many of the stories we now think of as folk tales were actually dreamed up by Danish playwright, novelist and poet Hans Christian Andersen. Unlike the Brothers Grimm, he wrote original stories, and unlike the Grimms’ scholarly ambitions or Perrault’s literary vibe, he intended these fairy tales for children to read and enjoy. Consequentially, they’re less violent and more morally edifying than the Grimms’.

After some initial forays in revising stories from his childhood, he published the first two installments of his new Fairy Tales in 1835, and kept writing them until 1872. Classics like The Little Mermaid, The Ugly Duckling and The Princess and the Pea all came from his pen.

Andersen was a self-made man, coming from a poor small-town family and a lonely childhood. He left home at 14 to pursue a theater career in Copenhagen, only to fail and go back to school as a writer. A perpetual outsider, many of his stories focus on loners, misfits and underdogs. He was persistently unlucky in love: of the numerous women and men he fell in love with, none ever returned his affections. He even drove Charles Dickens and his family up the wall during an overextended visit to their home in England.

Andersen first made his name as a travel writer, with an autobiographical novel The Improvisatore about his time in Italy. Two years later, in 1837, he went to Sweden and there was inspired by the closeness of Swedes, Danes and Norwegians to write a poem entitled “I am a Scandinavian,” in honor of Nordic identity. Sentiments like this were popular at the time, when Scandinavism and Nordism were growing movements in those countries.

This was part of the broader wave of Romantic Nationalism, the sense of national identity tied up in culture rather than leaders, that also inspired the Brothers Grimm. Especially amongst Germans and Scandinavians, the development of historical linguistics strengthened a belief in kinship by shared root language.

“I am a Scandinavian” (“Jeg er en Skandinav”) achieved brief popularity and was set to music by several composers. Andersen was pleased.

Disney movies inspired by Andersen: The Little Mermaid, Frozen (sort of: the plot is almost unrecognizable from The Snow Queen but Hans and Kristoff are named after him.)