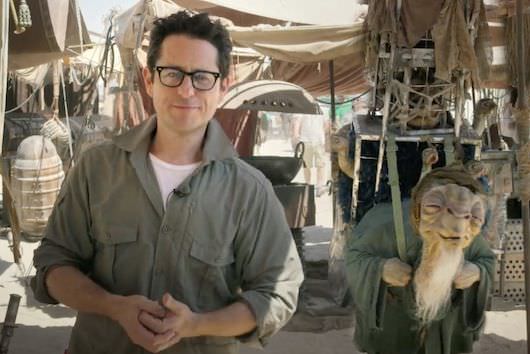 What do J.J. Abrams, the Coen Brothers, Patrick Stewart, Jonathan Ames and UNICEF have in common? Nothing, save for the fact that they're all apart of this round-up of things to be excited about. Let's have a look:

The Coen Brothers as the Best Possible Writers for Hire

Here’s the [true] story; one afternoon in May, in 1943, an Army Air Forces B-24 bomber crashes into the Pacific Ocean. Former Olympic track star Louis Zamperini, a young lieutenant and the plane’s bombardier, survives the crash, along with the pilot, Russell Alan Phillips, and they struggle onto a raft. For 47 days, they drift alone on the ocean, raft foundering, sharks everywhere, hunger and thirst and exposure ravaging their bodies. Finally they're spotted…by the Japanese, and their ordeal enters a new, even more horrific phase. Author Laura Hillenbrand’s book “Unbroken,” about one of the most incredible odyssey’s of any soldier in history, was a no-brainer for a film adaptation, but what’s been surprising, and exciting, is who will be directing the film—Angelina Jolie. What’s more, after initial drafts of the script were written by William Nicholson and Richard LaGravenese, Jolie brought on the Coen brothers to re-write the script in February of last year. Unbroken began shooting last October, went into post-production this past February, and is scheduled for a Christmas Day release.

The brothers weren’t done lending their writing talents to big name directors—it’s also been revealed they'll be writing DreamWorks’ Cold War project for director Steven Spielberg and star Tom Hanks, based on the true story of James Donovan (who will be played by Hanks). Donovan was an American attorney tapped by the CIA in 1962 to negotiate the release of U-2 spy plane pilot Francis Gary Powers, who was shot down over Russia in 1960.

Finally Getting to Do Something Good With Your Star Wars Geekery

Who (and what) is that bearded, big-eyed, stooped character schlepping that large basket behind director J.J. Abrams? This bit of fan bait in the recently released video from the set of Episode VII in Abu Dhabi is about more than just whetting the appetite of fans—it’s part of Star Wars: Force for Change, which hopes to raise money for UNICEF’s Innovation Labs, as well as other innovative work, that strives to better the lives of thousands of children and their families. Abrams and the friendly-seeming nameless character behind him are asking fans to pledge a donation, thereby entering them in a contest in which one fan and a forever grateful friend will be flown out to London, given a behind-the-scenes tour of the closed set of Episode VII, and, best of all, be done over by the makeup and costume department and transformed into a Star Wars character so they can be filmed for a scene in the actual film.

For those of you who never watched Bored to Death on HBO, or read anything by Jonathan Ames, specifically “Wake Up Sir!” and his graphic novel “The Alcoholic,” you should still be very excited about this project.  Executive produced by Seth MacFarlane, Ames wrote (and will serve as showrunner) to Blunt Talk, a perfect vehicle for the immensely talented, surprisingly funny Patrick Stewart. Stewart plays Walter Blunt, the host of a nightly talk show who wants to become a dominant force on the American cable news scene. For Ames newbies, you will be delighted (and probably disgusted at some point) by one of the foremost bards of degradation, humiliation, striving, intemperance and sexual misfortune. Blunt’s dearest friend in the show is his alcoholic servant, which Ames-ians (just made this term up) will recognize as a fun twist on “Wake Up Sir,” in which the alcoholic protagonist, Alan, is lovingly attended to by his sober valet, Jeeves.  For fans of Bored to Death still smarting over that singular show’s cancellation, this is proof the entertainment cosmos can, occasionally, bend towards justice.

Details are vague at best, but the words "Bill Hader" and "HBO" are good words that go great together. As we wrote back in January, Hader's more than just a talented comedic actor, which will become readily apparent when The Skeleton Twins is released in September. Whatever Hader ends up writing and staring in for HBO, it'll be worth watching.