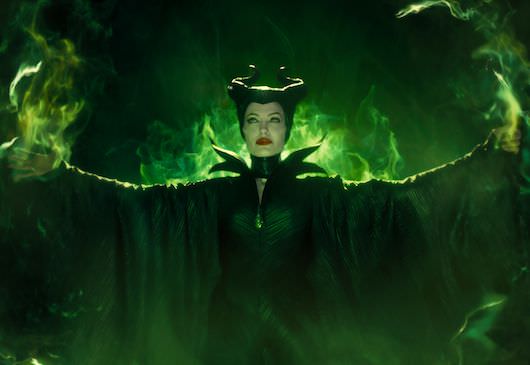 A young princess. A fairy with a taste for revenge. A curse only broken by true love’s kiss. Based in part on the Charles Perrault medieval fairy tale “La Belle au bois dormant” (“The Beauty Asleep in the Wood”) and the story by the Brothers Grimm, 1959’s Sleeping Beauty was Walt Disney’s 16th animated feature release.

Such a lush, romantic story warranted equally lush, romantic visuals—and Disney animators rose to the challenge, infusing the film with panoramic Technicolor landscapes befitting the huge 70 mm “Technirama” screen it would be splashed across. But Sleeping Beauty wouldn’t be the film we’ve come to know and love without its characters, including Princess Aurora, her three comical but caring fairy godmothers, the dashing Prince Phillip…and of course Maleficent. What some people may not realize is Maleficent is an almost entirely original character created by legendary animator Marc Davis.

With her iconic horns and icy stare, Maleficent has become one of the most popular Disney characters of all time. And it’s this fascination that opened the door to the hotly anticipated live-action film of the same name, in theaters today.

Taking a deeper, more nuanced look into Maleficent’s story was an idea years in the making. Sleeping Beauty is a perfect 1950s story—but it seemed like one that’s ripe for retelling,” executive producer Don Hahn says. “And if there’s one thing that we are meant to do as storytellers in any age, it’s to reinvent these ancient stories in our own vernacular. That’s really what Walt Disney did in the ’50s; that’s what Tchaikovsky did with the ballet; and now we’re reinventing it for what’s appropriate for 2014.”

As the movie evolved, it became clear that Maleficent would explore the as-yet-untold history of the character—how she was betrayed and why her heart turned to proverbial stone. The task of bringing Maleficent to life called for a director who could helm a delicate balancing act, and one was found in Oscar®-winning production designer Robert Stromberg. “There’s possibly only one person that could bring this together visually, and that’s Robert,” Hahn adds. “He has a tremendous vocabulary for world-building, and he built a world for this movie.”

Years of top-notch production design work colored Stromberg’s decision to take on the mantle of director for the first time with Maleficent. “As an artist, you try and create images that evoke emotion,” Stromberg explains. “As a director, you can evoke emotion through dialogue and through pace and through editing and through music, especially. Before, it was like I was playing in the brass section, and now you’re sort of conducting the whole orchestra.”

Even with a technologically savvy director, a story as sweeping as Maleficent’s requires the perfect cast. Thankfully, actress Angelina Jolie enthusiastically hopped on board—as both actress and executive producer—from early in the development process.

“I loved Maleficent when I was a little girl,” Jolie says. “She was my favorite Disney character.” The Oscar winner was more than willing to slip into such an iconic role. “I was really moved by the script from first reading. It was like uncovering a great mystery. We all know Maleficent and what happened at Aurora’s christening because we’ve all grown up with that. But what we’ve never known is, what happened before?”

Maleficent is more than just a modern retelling of Sleeping Beauty; it’s a chance for today’s audiences to dig deeper into the story of a magical villain. “We’re not making a ‘mirror image’ of the animated classic,” Stromberg points out. “What we’re trying to do is not reinvent the character, but unveil more layers.”

Hahn’s enthusiasm for this project—which he believes figures perfectly into the Disney tradition—is unmistakable. “The real legacy of [Disney] is to push ourselves to try and approach excellence. And try to tell a story that is appropriate to this era,” he explains. “That’s what Walt Disney did with Snow White, Cinderella and Sleeping Beauty in his era. And if he was on this phone line listening to us, I would say this—because he had a very forward-looking approach to life, he never looked backwards. And he would be sitting here today saying, ‘Yeah, you go! Go try and figure this out!’ I think that’s our ambition; it’s a tremendous respect for the legacy—and the legacy of quality and the legacy of trying new things.”

Featured image: Angelina Jolie is one of the most iconic Disney characters of all time, Maleficent. Courtesy Walt Disney Pictures.