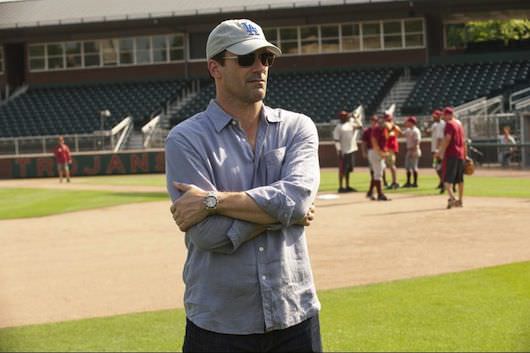 Cricket out of Water: The Sport Behind Disney’s Million Dollar Arm

It’s a story that seems tailor-made for film: the surprise twist is that it’s true. Million Dollar Arm, the latest feel-good sports flick from Disney, tells the tale of a down and out sports agent (Jon Hamm) who turned two Indian cricket players into Major League pitchers.

Rinku Singh and Dinesh Patel were both seventeen years old, speaking no English and raised in villages without cellphones, when they took part in J.B. Bernstein’s American Idol-style reality TV contest Million Dollar Arm. Neither of them had ever played baseball but they could hurl a fastball at 85 miles per hour, which earned them a trip to California with Bernstein and eventually, contracts with the Pittsburgh Pirates.

Baseball is huge in the U.S., Canada, Central America and Japan, while countries formerly part of the British Empire favor cricket. Much like British and American English, the sports are similar enough to feel neighborly, but different enough cause real confusion when fans and players cross paths.

Cricket has a long history in India. Introduced by British merchants, sailors reportedly were playing informal games in western India as far back as 1721. The first organized cricket match was played in either Bombay or Sylhet in 1848, and in 1932 the Indian team gained Test status, allowing them to enter the highest level of international competition against five other Commonwealth countries.

Since then, despite its original association with the British Raj, it has become the nation’s most popular sport. It acquired, early on, a strong link with Indian national consciousness and with the movement towards independence. Between 1932 and 1947 (the year India regained independence from colonial rule), whenever the Indian Test team beat the British, editorials in some vernacular newspapers would call for politics to follow their sporting example.

Nearly every other aspect of Indian culture – from politics to Bollywood – is divided along lines of language, religion, caste, region, etc. But, like baseball in America, cricket is one thing the entire nation can get behind. 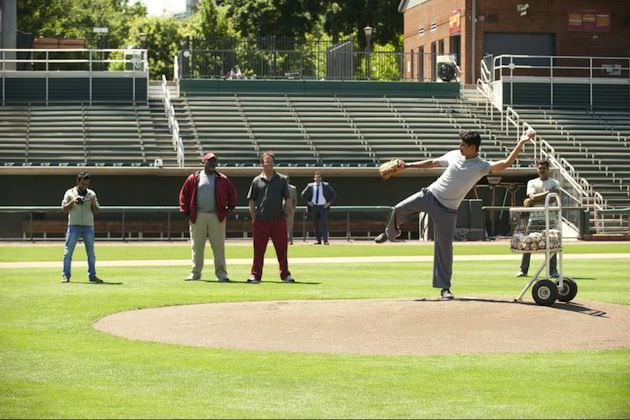 That said, the two sports are more like second cousins than long-lost twins. Baseball developed out of the same English folk games that cricket is descended from, but how long ago and where is unclear. (The story that Abner Doubleday invented baseball in 1839 is certainly a myth.) Nevertheless, the game was well established in America by the mid-19th century. Cricket, by contrast, dates back to the 17th century in recognizable form.

We won’t even try to explain the infamously complex rules of cricket, but here are some basic differences between cricket and baseball.

Up through the first half of the 20th century, it was not unheard of for Australian cricketers to play baseball in the offseason. But given the differences in technique and equipment, and the fact that most baseball-loving countries have no cricket culture (and vice versa), many attempts to switch over have not gone so smoothly.

For example, take the odd relationship between Babe Ruth and Don Bradman, an Australian cricketer and one of the best batsmen of all time. In 1932, Ruth and Bradman met and watched a game together at Yankee Stadium. Ruth decided to give cricket a shot, and three years later he played an official game in London. He enjoyed it, but the sport wasn’t for him. He had trouble adjusting his stance – and with the fact that pro cricket players at the time only earned $40 a week. (Top English cricketers now are pushing £1 million per year.)

The awkwardness goes both ways. English cricketer Marcus Trescothick held a benefit baseball game in 2008, pitting a team of professional cricketers against the Great Britain baseball team, a successful but largely amateur group. Despite their higher athletic caliber, the cricketers, especially the more experienced players, had trouble adjusting to the mechanics of pitching and hitting with a narrow bat. The cricket team lost 21-1.

So Singh and Patel are probably just the exceptions that prove the rule. They are definitely exceptional.