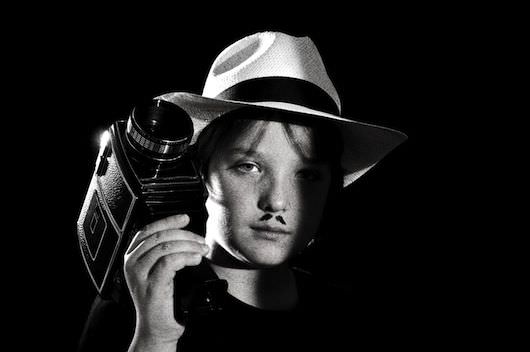 Mothers’ Day is this Sunday, and it’s come to our attention that, strange as it may seem, celebrities have mothers too. Some of them even have celebrity mothers. Though really, if you consider all the time, industry knowledge and innate talent that it takes to succeed in Hollywood, it makes sense that we see so many famous kids with famous parents (see Liza Minelli and Judy Garland) or sprawling thespian dynasties (see the Barrymores or Redgraves).

However, just because a mother didn’t walk the red carpet (that is, when she was the star and not just her son or daughter's date) doesn’t mean she isn’t a huge influence in her children’s creative careers. Here are seven stars whose mothers might not be so well known, but who inspired, encouraged and supported their sons and daughters on their way to fame.

Italia Coppola was the matriarch of a formidable cinematic clan. Her eldest son Francis said of her, “In a family of artists, she brought the magic to our family’s creativity.” Italia Coppola nurtured young Francis’ love of theater by giving him money for Broadway tickets. She made small appearances in The Godfather: Part II and One From the Heart, and Francis named his Mammarella line of pasta sauces after her nickname. Italia’s other film-famous descendants include grandchildren Sofia Coppola, Nicolas Cage and Jason Schwartzman.

Mary Wolf Wilkinson was an artist and art director. Streep credits her memory with persuading her to accept the role of Violet in August: Osage County. She was going to turn it down when a friend said to her: “You had a great mother, Meryl. She gave you every opportunity and encouragement. Yet my mother told me that I would never amount to anything. You have to do this role for me and for every girl who has a bad mother.” She took the role, and was nominated for a Golden Globe and Academy Award for it, among other honors.

Streep’s three eldest children are now talented actors and musicians in their own right.

Laurie Simmons is an artist and photographer whose eerie work with dolls and miniatures inspired the title Lena Dunham’s break-out film Tiny Furniture. Laurie starred (as herself, basically) in Tiny Furniture, as did her other daughter Grace, their Tribeca loft and Simmons’ youthful diaries. Six years before that, she wrote and directed a short musical film featuring puppets, living objects, Alvin Ailey dancers and Meryl Streep.

Catherine Scorsese’s acting career began when her son cast her in It’s Not Just You, Murray! She played small roles in several of his films, and a few by others. Playing Joe Pesci’s mother in Goodfellas, she and the lead actors improvised the famous dinner scene – only a single line was in the script.

Oddly (or not oddly at all) enough, both she and Francis Ford Coppola’s mother have written and published Italian cookbooks.

After his parents divorced, the young Gosling and his sister were raised by their mother Donna, which he credits for the fact that he now “thinks like a woman.” Donna even quit her job to homeschool him after he was suspended for throwing a steak knife at another kid. (Wait, what?)

Knightly’s mother Sharman MacDonald is a prolific playwright and screenwriter. Many of her plays center around ambiguous mother-daughter relationships, and in fact she has said that much of her creativity grew out of the mixed pride and uncertainty of watching her children grow up and leave home. Among her screenplay credits is The Edge of Love, in which her daughter stars as a World War II-era nightclub singer.

His mother Wanda Ventham was an accomplished actress long before she and her husband appeared alongside their son on Sherlock – so much so that Benedict said that it was “kind of nerve-wracking” acting in front of her. (He was also “so proud,” of course.) Benedict reports that Wanda, who once turned down a spot at the Royal Shakespeare Company because she was pregnant with Benedict’s older sister Tracie, still gets emotional at his opening nights.

End note: Leonardo DiCaprio took his mother to the Golden Globes this year; the least you can do is give yours a call or send some flowers. Go on, it’ll only take a minute.