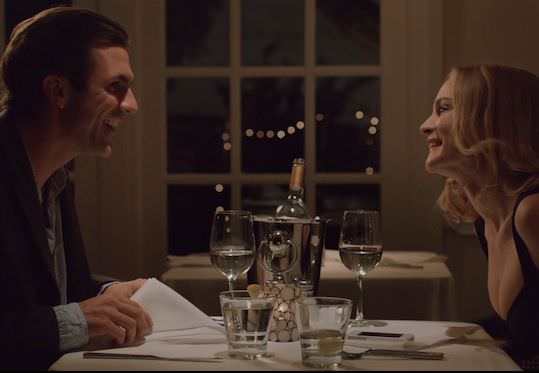 Tribeca 2014: Writer/Director Angus MacLachlan’s Goodbye to All That

Writer-director Angus MacLachlan’s Goodbye to All That includes one of the more frank and pathos-free sex scenes in recent memory. Otto Wall (Paul Schneider) and Mildred (Ashley Hinshaw), who recently met on the online dating service OkCupid, sit opposite one another on chairs, naked. They are describing, with exacting detail, what they’d like to do to each other. Otto’s wife has recently left him, and he’s experimenting for the first time in his life with online dating. The scene is remarkably compassionate—neither Otto or Mildred are mocked or shamed for their desires, and, as the scene progresses, each grow more bold. They never touch each other. When the moment is over, they thank one another for a great experience—audience members could share a similar reaction with MacLachlan for creating a sex scene in which no one’s a prude, a slut, a creep or a cad. It’s just sex (in this case, it's just sex talk), after all, and this movie’s got more on its mind that shaming its character’s very human desires. It should come as no surprise that MacLachlan could write this moment; his previous efforts, including his screenplay for 2005’s excellent Junebug, reflect someone who likes to write scenes that many others would play for broad comedy or queasy humor, but which he turns into quieter moments imbued with real feeling. This is MacLachlan’s directorial debut, and the seasoned writer shows a steady hand and a way with actors that elevate even the small parts in this little gem.

Otto wife Annie (Melanie Lynskey) has left him because of an alarming lack of focus. This is at first shown in a bit of physical comedy—the very first we see of Otto is him completing a race and immediately tripping. We witness him stubbing his toe and smashing his shin into just about every available edge or table leg, and the final, truly dangerous example of his attention deficit is an ATV accident (with his daughter and a friend along for the ride) that brings about real damage to his foot.

But Annie's issues with Otto’s lack of attention go much deeper than his inability to negotiate his own child’s bedroom without incident, and this is the story that MacLachlan’s telling. Otto needs to interrogate his own lax style and find out what he’s been missing all this time. His love for his daughter Edie (Audrey Scott), the central relationship in the film, is the only thing that seems to keep him focused, yet even the projects he begins for her (creating a stone wall around a garden, for example), he can never seem to finish. 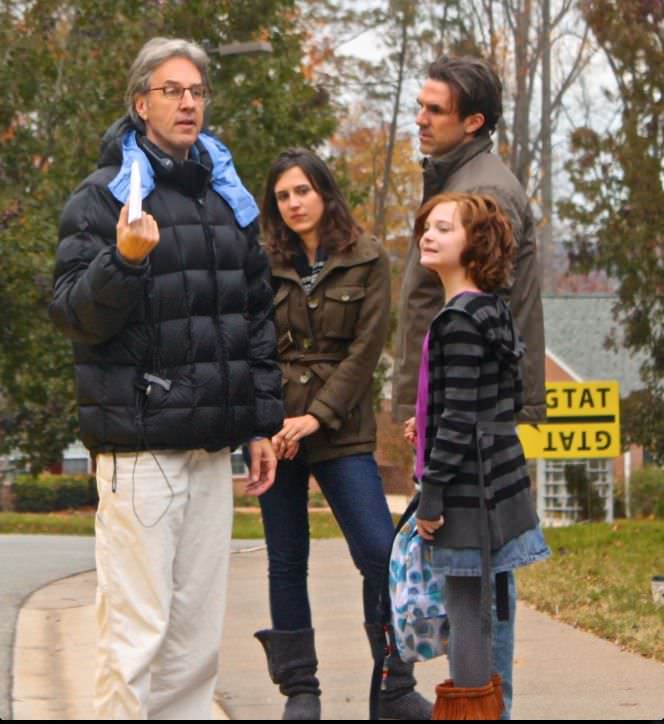 Like Junebug, Goodbye to All That is set in North Carolina. MacLachlan said in the press notes that he wanted to show “how people live in the south, in a mid-sized town…that we aren’t all working class, unsophisticated or cut off.” Many of his actors here are southern: including his lead Paul Schneider, the always hilarious Amy Sedaris as his troubled boss, and Anna Camp (recognizable from her rococo turn as Sarah Newlin in HBO's True Blood), who portrays the religious, sexually adventurous (and extremely conflicted) Debbie Spangler, another of Otto’s internet dates. “I wanted people to see that this story could be in Ann Arbor, Portland, Austin, or Omaha,” MacLachlan has said, “any city that wasn’t New York, Chicago or Los Angeles.” Goodbye to All That is set in Winston Salem, and there are many shots captured by cinematographer Corey Walter that are very beautiful. They shot the film in the fall, “a particularly beautiful one,” MacLachlan says, and the collaboration between this first time director, his DP (working on his first feature), and his first AD Scott Larkin created a perfect environment for the creation of a film that meant something to everyone involved. “[Corey] listened and understood when I told him that the humanity and compassion in the story was fundamental,” MacLachlan says.

MacLachlan's desire for compassion is evident throughout—online dating, single parenting, even a summer camp reunion are given humorous but loving treatment. And the director's way with actors is evident from the easy, natural performances—something he gleaned from working in the theater. "I believe that being educated and working as an actor for a number of years allows me to know it's like," he said in the press notes. "The one thing I truly felt confident of before going into this project was talking to actors."

There is an undercurrent of compassion running through the film that makes the sadder, darker moments all the more heart rending. Otto is desperate to stay close to his daughter, but she no longer feels safe, or all that comfortable, in his new house. The fact that she overhears him with a woman one evening only strengthens her conviction to stay away. One of the touching, and heartbreaking, components of this father/daughter relationship is that this little girl worries about him. The question MacLachlan asks about their relationship is never whether or not Edie will question her father's love. It’s clear she knows how much he adores her, so the question, a trickier one, is will he be able to learn from his breakup, identify what actually happened, and use it to foster a better relationship with his daughter. In short, will he ever learn to focus?

Short of Schneider, the film is dominated by a fantastic female cast. MacLachlan has credited his casting director Mark Bennett, who found the aforementioned Audrey Scott, Ashley Hinshaw, Anna Camp, Melanie Lynskey, and Amy Sedaris. You've also got brief but  memorable turns from Heather Graham and Heather Lawless who help to round out a formidable female cast. When talking about casting his leading man, MacLachlan said that he wanted an actor who truly liked women. Perhaps this is why the sex scenes seem so refreshing; the dynamic is two people enjoying one another, not two people engaged in a conquest or a game. Even the one truly batty character, the religious, confused Debbie Spangler, is given more dimensions by the end of the film than you'd find in many, many other movies.