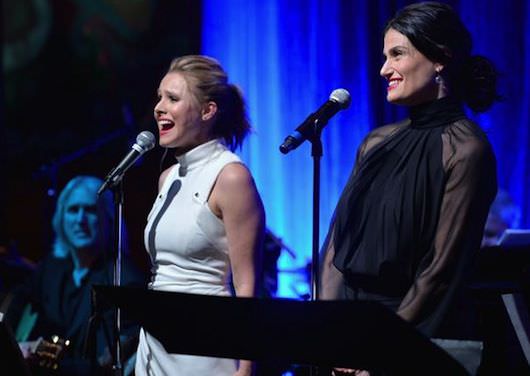 So you're watching a musical. This is great, you think. It's like a normal movie and a Broadway show put into a blender and turned into a delicious, nostalgic smoothie. But there's something missing, you think. Where's the drop?

Go figure, Disney has an answer to this insanely specific problem. Walt Disney Records announced recently that they are compiling an album of EDM remixes of Disney songs old and new, featuring such DJ superstars as Avicii, Mat Zo, and Armin van Buuren. DCONSTRUCTED is due to be released April 22nd, but there's no shortage of house/trance/electro/rave-y music based on movie tunes already out there. If you're ready to switch out your remote control and popcorn for glowsticks and PLUR, here are a few tracks to get you started.

8. “Somewhere Over the Rainbow” (The Wizard of Oz), Thomas Jack

5. “Part of Your World” (The Little Mermaid), Q;indivi

Bonus: Pirates of the Caribbean soundtrack, Tiësto. (Not from a musical but… Tiësto)