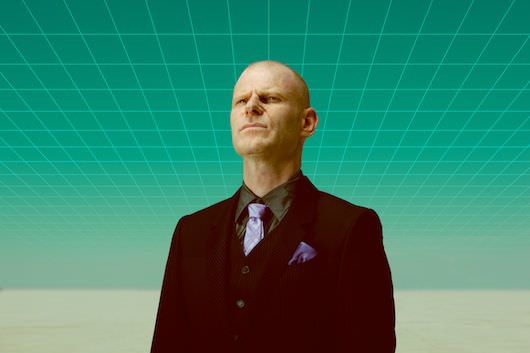 From The Dark Knight Rises to Divergent: Composer Junkie XL

Composer Tom Holkenborg goes by the name Junkie XL.  He is a musician, producer, engineer and composer with a tinkerer's compulsion to experiment. His collaboration with the legendary Hans Zimmer on The Dark Knight Rises led Zimmer to recommend him for the recently released blockbuster Divergent. Holkenborg began his music career at the ripe old age of four, when he started playing piano at the behest of his mother, who classically trained him. By eight he was on the drums, by twelve, the guitar, by fourteen he was mastering the bass.

We spoke to the Dutch polymath about his transition from musician to composer, working on films like Blade (1998), The Beach (2000), and the newest addition to the blockbuster cannon of teenagers fighting back against a dystopian society, Divergent. 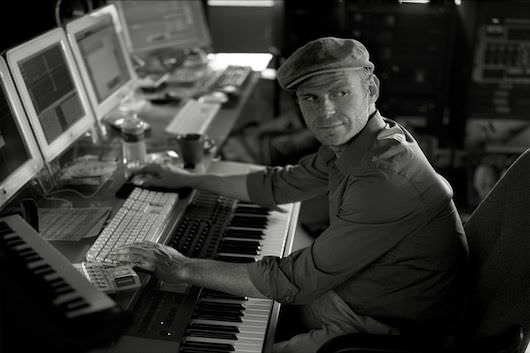 At what stage did you get involved with this project?

I got in fairly early from a music composition point of view. I got introduced to the producers in early September last year by Hans Zimmer, who thought I would be the right candidate for this movie.  After that I talked for a long time with director Neil Burger, and then I read the whole script and I got all these ideas on what I wanted to do with the score. I thought of making music right away. I made forty minutes of music or so based on the inspiration of just the script. I also decided not to read the book because I thought maybe my judgment would get cluttered if I did so. I wanted to focus on the film and what was presented in the film and not necessarily what was presented in the book. And way later, somewhere late in October, I saw the first cut of the film and thought of all these extra ideas, new ideas that I wanted to add to it. That's when I really started.

(Listen to excerpts of his score here.)

It must be very exciting for a composer to have a story with five different factions (at sixteen, teenagers are sorted into one of five factions where they spend the rest of their lives.) And it must be very interesting to take on a story set in the future but with some old fashioned elements as well.

There definitely were struggles. The main story is about a 16-year-old girl who grows up and comes to terms with sudden feelings that she has about her family.  This particular story could be set in any time. It could be set in the past; it could be in the future.  The most important thing besides that is that this movie is shot from a first person perspective. So whatever happens in the movie, wherever the movie takes place, it’s always from a first person perspective.  Five to seven minutes in she knows she’s a divergent [meaning she fits into several of the government's caste-like factions, making her dangerous] and from that point on she knows she will not have any support from anyone in her surroundings. We need to keep the tie between Tris and the audience, so we constantly feel we are with her and we constantly feel we are rooting for her.

How did you approach creating a score from the perspective of a 16-year-old girl struggling with some major issues?

Musically for me, it went like this; what is a 16 year old girl actually like? What is she listening to? Does she feel lonely or insecure? What are her problems with her her friends or her family? She probably feels more consoled by listening to things like a ballad by Adele. So it was very important that I created a language for her at the beginning of the film that fits what she really is. That’s where Ellie Goulding also came in. We built a theme basically on four scores being used over and over again. That was the perfect way to start the movie, to draw us into her personality and what she is going though and experiencing. As she matures throughout the film and she goes through all these different emotions, eventually becoming a heroine, the music grows with her and gets more mature and more serious and more heroic at the end. 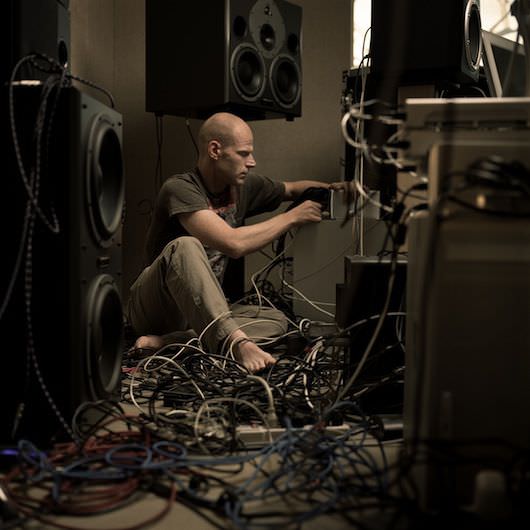 You also have an unusual villain in this movie, Jeanine, played by Kate Winslet, in that she appears to be very civilized and reasonable.  How do you approach that character?

When she gets introduced you could actually tell that Tris is pretty much in awe of her.  How she walks down the stairs, the way she controls the Erudites [the intellectual faction], she seems like a very thoughtful person who really knows what’s going on, and she's very powerful. Her presence is almost calming—in the scariest way—and she keeps that really icy presence throughout the film. It’s not until a couple of scenes where Tris battles with her that breaks that cool calm. She tells Tris, 'You are a danger to the society.' To a certain extent Jeanine acts in a way that she feels is actually appropriate to keep that city rolling, and therefore she's not your typical villain—she doesn't just wants to harm other people. She’s got a purpose, even though it’s very twisted and very weird and very cold and very controlling, but she still has that aspect to her that she wants to protect the city from harm and she does it in a most extreme way.

So what was your approach to creating Jeanine's personal sonic fingerprint?

I didn't want to create any music movie spoilers for the audience when she comes down the stairs for the first time to signal, 'Oh, that’s a bad person.' No, we need to find out who the person is and why she’s so cold and why she’s so controlling, and that’s why the silence in the film around those three key moments where she meets Tris and where she talks to her is actually more powerful than music. When Tris walks through the hallway and Jeanine says, 'Hey! How are you doing? Well you’ve made a very powerful choice, especially given who your parents are, and especially regarding your test results,' and we've got this silence, and Tris is like, 'You’ve seen my test results?' and there's that silence, just hanging there—the tension between the two of them is way more powerful than it would have been to slip a couple of dark notes underneath. We need to feel that she is the bad person. And then as the story unfolds, at the very end, the last three scenes where they meet each other, that’s when she gets that really cold, icy scene.