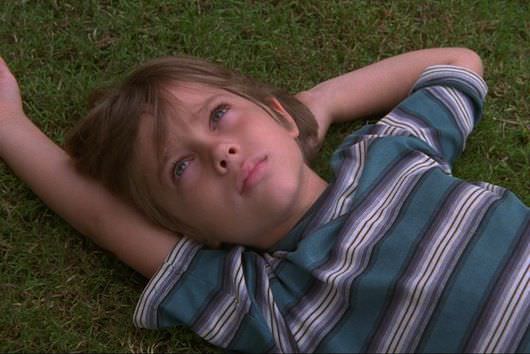 Richard Linklater’s Boyhood was in pre-production for roughly a year. The film took 39 days to shoot, and then two more years for post-production. It premiered at Sundance in mid January, played at the Berlin International Film Festival in early February (where Linklater won the Silver Bear for Best Director), and then played at the Paramount Theater here in Austin on Sunday morning, March 10, at 10:30 a.m. Linklater, a legend here in Austin, the founder and creative director of the Austin Film Society, received a standing ovation when he took the stage after his film screened. Yet it was clear this wasn’t just a crowd showering love on a hometown favorite—this was genuine appreciation for a cinematic experience as unique and moving as you can have in the theater. 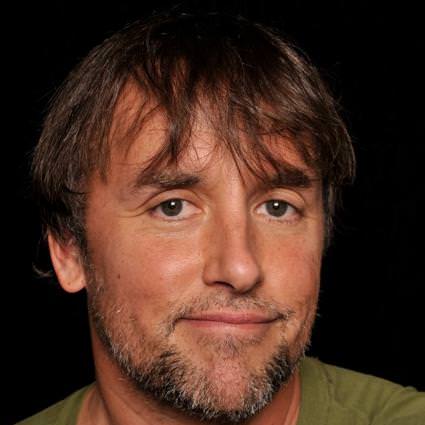 Linklater is a director who has pushed boundaries time and time again; five films come to mind—three of them are included in his monumental Before trilogy, in which we are privy to the lifecycle of a single relationship over 18-years between Jesse (Ethan Hawke) and Celiné (Julie Delpy); two are his rotoscoped fever dreams, 2001’s Waking Life, a film that had the courage to focus on the nature of dreams and consciousness (and reprised Ethan Hawke and Julie Delpy’s roles from the first film in the Before trilogy, Before Sunset), and 2006’s A Scanner Darkly, a Sci-Fi thriller based on a Philip K. Dick novel. Both of these films were shot digitally and then animated using interpolated rotoscope, in which animators trace over the footage, frame by frame, creating a stylized, luridly beautiful look. Yet Boyhood represents a watershed moment in his storied career, as well as a one-of-a-kind cinematic experience in the history of the medium. Perhaps only Michael Apted’s Up series matches the breadth of Linklater’s ambition and vision. Apted's Up series is seven documentaries (thus far) that revisits the same group of Brits every seven years, since they were seven (they're 56 now). To attempt such a feat is beyond admirable, but what Apted had going for him is his films would be self-contained, made and released individually. Boyhood was a single narrative, made over eleven years, from 2002 to 2013, tracking one Texas family (focused on the youngest child, son Mason Jr.) from when he’s in kindergarten to his first day of college. Linklater had to convince his cast, crew, and producers that this was doable, let alone sane.

Running at roughly three hours, the effect of watching Boyhood becomes practically a meditative experience—to see actor Eller Coltrane as Mason, and Lorelei Linklater (the director’s daughter) as his sister Samantha, go from children to young adults is affecting without ever becoming ornamental—the story is surprisingly lean and cohesive despite it’s scope and the practicalities of its production. The children age right before your eyes, but the process often escapes your immediate notice. Mason Jr.'s hair is a little longer, Samantha walks from one room to another and is a touch taller–there is no cue letting you know they've aged a year, there's no tracking of time other than what you see and what you hear.

"There was one year where I asked my dad if I could be killed off," Lorelei Linklater said in a Q&A after the screening, to a wave of laughter. Eventually, she said, she realized she was involved in something special, and agreed to stay on.

Linklater himself spoke about the fact that you can't contract anyone to work on a film for more than seven years, so casting the kids in his film, his daughter included, was always a risk. Imagine if his lead, Eller, decided he didn't want to be in the film anymore after a few years? Or if he lost the ability to hold the screen as he does a cute kid? There's always an element of risk to a film, but to set out to capture the maturation of a young boy and the 12-years in the life of a family is a hugely ambitious project that is fraught with potential ruin. This explains why Linklater went out of his way to thank IFC Films president Jonathan Sehring, who made some room every year on IFC's budget to push Linklater's film forward, a few shooting days at a time, until it was completed last year.

Linklater and his creative team (over 450 people worked on the film at one point or another), shooting just those few days a year, were able to create what amounts to a single, epic film (it’s tempting to think of it as a crime-free Godfather, only set in Texas and brought down to Earth), that works the way any great story does—you are invested in these characters, grow to care about them, and find them to be wholly realized, three dimensional beings who you come to know. Only Boyhood offers the chance to watch these people age for real. Seeing Patricia Arquette, stupendous as Mason and Samantha’s mother Olivia, and Ethan Hawke, a Linklater favorite who beautifully embodies the role of the father, Mason Sr., age 12 years is intriguing. Watching Eller Coltrane and Lorelie Linklater go from children to young adults in the realm of this story is nothing short of astounding.

The attention to detail over such an extended period of time is part of the wonder of this film—what Linklater and his team pulled off in creating a seamless narrative that spans twelve actual years is as impressive as any massive tent-pole film requiring thousands of extras and millions of dollars worth of props, sets and effects could hope to be. The incredible continuity from year to year, era to era, required editor Sandra Adair, cinematographers Lee Daniel and Shane F. Kelly, production designers Rodney Becker and Gay Studebaker, set decorator Carla Curry, music supervisor Randall Poster and costume designer Kari Perkins (to name just a few members of the crew) to apply their expertise in small bursts over time. Music lovers especially will delight in Boyhood, which tracks the changing tastes of its characters through not only their fashion but the soundtrack—as the film opens in 2002, you get Coldplay’s “Yellow,” by 2005 you can hear Outkast; only Hakwe's Mason Sr. holds on to his musical tastes throughout.

The very first shot of the film is a blue Texas sky. We first meet Mason, age six, staring up into the clouds. His mom, Olivia (Arquette) picks him up. Joining him in the backseat of the car is his sister Samantha (the aforementioned Linklater), and the three of them noisily, happily drive home.

You might have to go back 31-years, to Ingmar Bergman’s 1973 film Scenes From a Marriage, to see a film as fundamentally honest about relationships as Boyhood. Marriage, of course, is about spouses, whereas Linklater’s film tracks not only Mason but his family in a way many filmmakers would not be daring enough to attempt; realistically and with few fireworks, just the humble, often very funny, and at times exasperating attempts of one family to stay afloat financially, as well as emotionally, as they navigate their children’s lives into young adulthood.

There are failed marriages, painful fights and family relocations—all of which are handled with a disarming lack spectacle thanks to Linklater's script and his principals' understated by always affecting acting. There are so many perfect little grace notes, from the slow but steady growth of Mason Sr. from the cool, loving, not entirely reliable musician dad into a grown man starting a new family (while keeping his son and daughter close), to the perfectly limited interaction between Mason Sr. and Olivia themselves. These two, having brought two children into the world, are far from enemies and far from friends—it feels exactly right how little screen time they share as divorced but loving parents, making it all the more powerful towards the film's end when they have a moment in the kitchen together.

Lorelei Linklater and Eller Coltrane, however, own this film. They are the two children we watch grow into young adults, through braces, bad haircuts and temper tantrums. Perhaps Linklater's greatest gamble was on his own daughter and this young boy he met some twelve years ago.

The gamble paid off. Boyhood is a triumph.