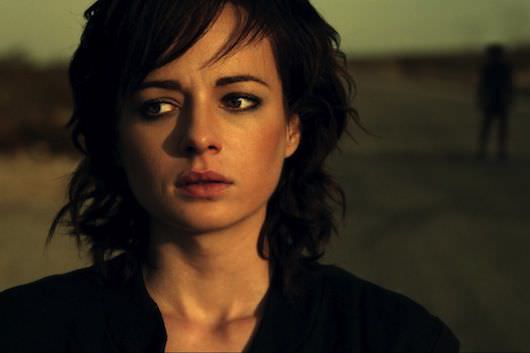 Composer Ronen Landa first came to SXSW in 2005. He was here with a documentary called The Dreams of Sparrows, a remarkable film shot in Iraq at the outset of the war. First time director Haydar Daffar collaborated with a team of Iraqi directors to capture life in Baghdad in 2003 and 2004. Landa had worked with the film’s producer, Aaron Raskin, who brought him in to compose. “It was a special project for me because it was such a momentous time,” Landa says. “The film covered Iraqi art, poverty, politics—it was a snapshot of Iraq right after the fall of Saddam.” Landa joined the The Dreams of Sparrows filmmakers to show the film at SXSW in 2005.

That year composer Jeff Beal was speaking on a panel. Landa worked up the courage, approached him after, and handed him a CD of some of his work. “He contacted me in June or July after the festival,” Landa says, “apologizing to me, saying, ‘Sorry it took me so long to get to you, but I finally listened to your CD.’” Beal is a highly respected composer, so this call had a major affect on Landa. “He basically told me to stick with it and that I had a future in the industry. This was a very generous thing for him to do—the composer world is very territorial, very competitive, so at that early stage of my career, he helped me find that belief in my own art and my own music.”

Landa’s latest work is Home, which debuted here at SXSW in the Midnighters program and scared the living hell out of the audience. Written and directed by Nicholas McCarthy, and starring Naya Rivera, Catalina Sandino Moreno and Ashley Rickards, Home is a feverish satanic scare-fest that’s structured more like a thoughtful character study than a typical horror film. The story centers on a young real estate agent (Moreno) who’s asked to sell a house with some curious history, and finds herself involved with an oddball girl who claims she’s the runaway daughter of the couple selling the property. She tries to help this troubled girl and finds, as all horror film heroines must, that no good deed goes unpunished. Throughout, Landa’s score is oddly affecting and always unsettling.

“I was really lucky to link up with Home director Nicholas McCarthy. We worked on a short film called The Pact, which premiered at Sundance in 2011, and he had the opportunity to expand it into a feature film.” Also in that same year, Landa was selected to take part in the Sundance Composer lab, and became a Composer Fellow. “What this means is you have the opportunity to work at the lab with mentors, advisors and filmmakers to learn about composing for film,” Landa says. “More significantly, you become a part of this artist community that Sundance curates.” The following year, in 2012, The Pact premiered at Sundance as a feature. Landa’s done dramas, documentaries, and comedies, but he’s got a special place in his heart for horror.

“Horror films tickle my composer brain in a very particular way, and that has to do with extreme musical freedom,” he says. “I’m not bound by the constructs of tonality and things that you would traditionally associate with emotional musical, because fear comes from a space outside of those normal emotions like happy and sad and nostalgic.” The irony is that Landa’s the last person who would actually go see a horror film, but he found working on Home to be liberating. “I cannot watch horror films, but working on them is a little easier, because I get to read the script [laughs], but I scare really easy.” Landa was able to stretch himself musically in a way he hadn’t really had a chance before. “It became such an exciting, experimental experience because I worked with multiple musicians to find really unique approaches to their instruments.”

So whether it was de-tuning instruments or whispering in Macedonian into a flute chamber, Landa found all of these textual elements to help create an uncanny score. “Just like the narrative is uncanny, I wanted to be uncanny with the music. We de-tuned the viola to imitate a Mongolian horsehead fiddle. I was really attracted to music from the Silk Road region for this film, and the reason is there’s this ancient presence that permeates this story, and I felt that this music represented something that has been with us for ages.”

These uncanny, ancient elements are subtly incorporated into the structure of the story. “We have singing in Macedonian, Latin and Biblical Hebrew,” Landa says. “It’s a really expansive musical pallet, and we crafted it by looking for these unique sounds and combining them in unique ways.”

The scoring process was very long and very involved, but Landa had the support of his director and collaborators willing and able to get weird. “We really didn’t hold back. In the end we have everything from traditional orchestral music to absolute gonzo, crazy stuff happening—all our exploration was in service of the film,” Landa says. “It wasn’t about getting a chance to be weird and creative for the sake of being weird and creative, it was getting weird and creative because we knew it would be the best thing for this film.”