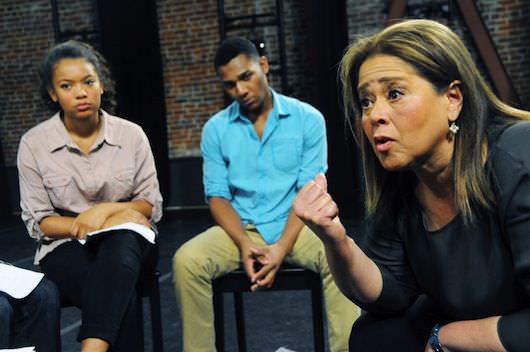 Getting Schooled by Anna Deavere Smith on her HBO Documentary

Playwright, actress, and professor Anna Deavere Smith does not like to be precious about the work she has done with her students over the years. She’s bracingly honest and laid back about the time and effort she’s devoted to helping young people who dream of carving out a career like the one she has had. “It’s not so noble as sharing the craft,” she said when asked why she continues to teach well into a successful career as varied as it is impressive. Among her accolades is the Dorothy and Lillian Gish Prize, which she was awarded in 2013 and has been given annually since 1994 to artists who have made a contribution to “mankind’s enjoyment and understanding of life.” Some of the luminaries Deavere Smith shares the honor with are architect Frank Gehry, Bob Dylan, writer Chinua Achebe and Spike Lee. Teaching for her is as natural, and long-standing, as her commitment to acting is. “It’s something that I started doing when I was still in conservatory,” Deavere Smith says. “I got up all my guts went to the head of my conservatory and asked, ‘Can I teach?’ And he said yes. It was the hugest gift. I’m really interested in process.”

Now, thanks to the fantastic HBO documentary Anna Deavere Smith: A YoungArts Masterclass, people who might not be familiar with her incredible body of work and her commitment to her students will get a firsthand look at what process means to her. HBO’s fantastic documentary (one in a series) is an introduction not only to this renown creative talent and teacher, but to the National YoungArts Foundation as well, an organization that has been supporting the next generation of artists since 1981.

“I did it I really did for one main reason, which was that I admire what Lin Arison is doing with YoungArts,” Deavere Smith says. Arison established YoungArts with her late husband Ted, providing emerging artists a link to experienced, respected mentors, access to scholarships and a chance to be seen on a national level. “Lynn’s a great patron of the arts. What YoungArts is doing is filling up holes—In the not too distant past there were many wonderful projects where kids could come and get really great experiences with great teachers. A lot of kids are talented, but they just don’t have the access they’d need to succeed, and that’s what Lynn’s trying to do, provide access,” Deavere Smith says. The kind of mentorship YoungArts is doing is not just crucial for the young artists, but a joy for their mentors. “I taught freshmen at Carnegie Mellon many years ago, I think being with these kids brought back times in my teaching career—they’re so adorable, they’re so full of energy, I had just a ball.” 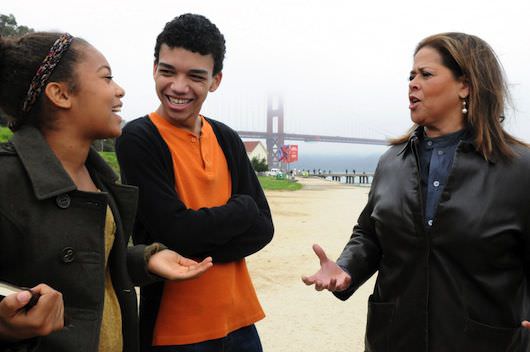 In the HBO documentary, Deavere Smith worked with six aspiring young actors in an intensive, three-day process that challenged them in ways they have not experienced in any acting class before. Her process is as demanding as it is rewarding. She works with each student individually to have them share their family histories and important moments in their lives, recording each interview. Regardless of their vulnerabilities and fears, she asks her students to reveal themselves as honestly as they can. She sits each actor down after these sessions to talk about acting and confidence. “Confidence is overrated,” she tells them. “Give doubt a try.”

The second day is when Deavere Smith reveals to the students what their true challenge is: they will be switching identities with one of their compatriots and are tasked with bringing not their own story, but the story recorded by their assigned partner to life—in front of a live audience, the very next day. The students, as irrepressible and vivacious as they are, react with a measure of horror. It’s up to Deavere Smith to help her students not only embody their partners physically (using vocal and movement coaches, she helps them evoke the voices and mannerisms of their peers), but also emotionally. It becomes not only a master class in acting, but a lesson in empathy as well. 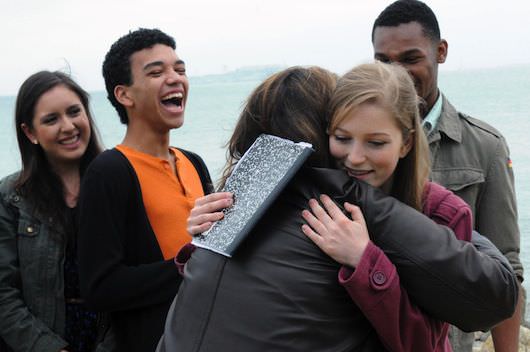 “The classroom is where process can really happen,” Deavere Smith says. “I’m sort of addicted to process, that’s why I’m addicted to teaching. In fact, I’ve gone so far I’ve become more interested in teaching arts educators, because that’s even more about process.”

Reflecting on the recent Academy Awards, Deavere Smith was particularly thrilled by one acceptance speech in particular. “I was so happy to hear Lupita [Nyong'o] thank the Yale school of drama. When’s the last time someone who won an Academy Award thanked their university? I’m so glad she did that. In fact, at first when I saw her in 12 Years a Slave I thought she was a model because she was so beautiful, but then she opened her mouth and I knew she had professional training.”

Deavere Smith believes in more than just process, however. What she sees in YoungArts is not just an incubator of talent but also one of community.

“I think the other thing that I felt about these kids is this idea of being in this larger tribe that is beyond the people that they know, and that is something that was happening during this documentary,” she says. “It’s not just about ‘my career in Hollywood,’ it’s, ‘I’m going to be a part of a large community of artists, and I’m in that gateway where I’m going to start meeting many of them, and one day I’ll be doing a master class for the next group of little lambs coming into the pasture.’" For all upcoming showtimes for HBO's Anna Deavere Smith: A YoungArts Master Class, click here. You can also catch it on HBO Go.