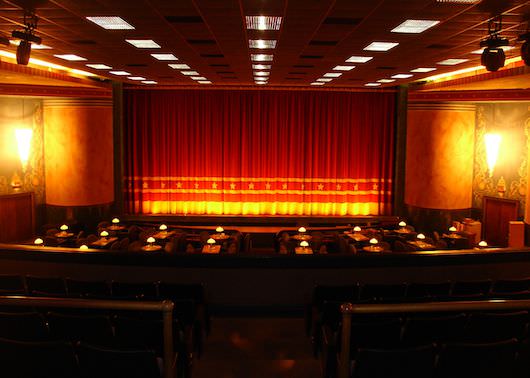 You’ve heard the logic before: high-definition screens and on-demand content have altered the moviegoing environment forever, creating a home entertainment experience that rivals a night out at the local movie theater. Of course, anyone who saw Gravity in IMAX 3D might beg to differ, but it doesn’t necessarily take a game-changing tour de force to pack an auditorium. Today, the local multiplex has done an impressive job of not just keeping pace but surpassing your trusty living room sofa, implementing an impressive roster of high-tech perks that makes seeing the next big release on the big screen an unrivaled experience. In fact, whether you’re sitting exactly where you want to in the theater or having food delivered to your seat, there has never been a better time to be a film fan. Here are some ways the high-tech moviegoing experience is creating (and keeping) happy customers. 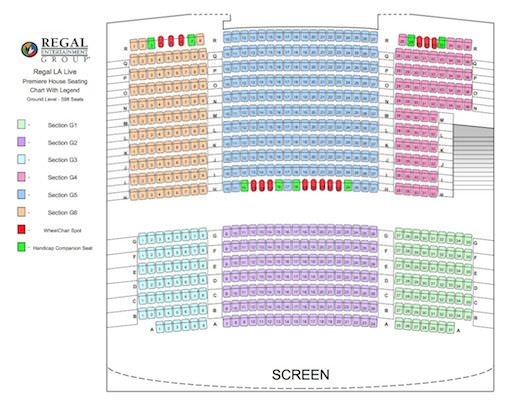 In November 2010, the double waterfall curtains of Regal’s L.A. Live Premiere House opened for the midnight showing of Harry Potter & the Deathly Hallows. In the theater, 806 enraptured fans sat watching their new favorite movie on a 70-foot wide screen—and all of them picked precisely where they would sit when they pre-ordered their tickets online.

The event, the first high-profile example of a system unveiled a month earlier, befit a theater with its own private private entrance, lobby and grand staircase leading up to the balcony. But the reserved seating experience isn’t limited to Regal’s 140,000-square-foot West Coast flagship. In fact, Cinemark and AMC have also gotten in on the action, putting an end to the days of having to rush to the theater and sharpen your elbows just to snag a center seat. 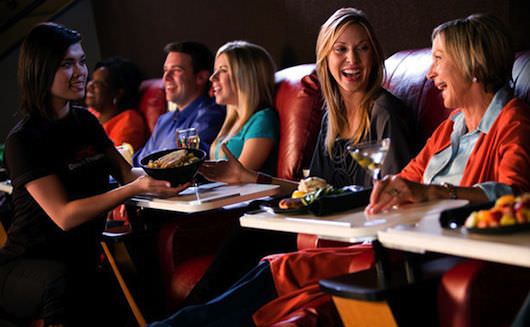 AMC didn’t just introduce reserved seating; it upped its game with 11 AMC Dine-In Theaters, rolling a multiplex and restaurant into one. First, customers pick their spot in the auditorium, then those who have sprung for premium Cinema Suites can press the call button to summon a server to take a food and drink order. And the show doesn’t end with the credits, as 44 AMCs feature a MacGuffins bar and lounge to accommodate a post-show hangout.

Smaller chains are also going the high-tech, high-end route. At the nine (and counting) iPic movie theaters, a few extra bucks earn discerning movie buffs an escort to their reclining leather seat (also reserved), complete with a pillow and blanket. Food and drink service (which lasts for the first 20 minutes) features items like filet mignon sliders, Thai coconut shrimp and an extensive wine list, befitting a chef who graduated from the Culinary Institute. No wonder iPic’s customers skew young and professional and stay an average of 4.5 hours.

A movie theater can offer the most comfortable seats in the world, but it hardly matters if there’s no audience to use them. Founded by a former Miramax executive, MoviePass appeals to those Netflix- and Hulu-loving movie buffs scared away by double-digit ticket prices, offering a $35 monthly subscription that lets them see one movie a day, every day. And it’s already in 4,500 theaters, from the big guys to small independent cinemas, in all 50 states.

MoviePass subscribers simply select a showtime on the app, unlocking a debit card to purchase the ticket. (The theater gets full price; MoviePass makes up the revenue difference with in-app advertising.) Thanks to the simple process, film lovers can see dozens of movies a month with minimal restrictions (you can see a flick only once, no 3D) and theaters fill seats and sell concessions at off-peak hours. In fact, a study of beta subscribers showed a 64% increase in the amount people went to the movies.

Not every theater can be like Austin’s Alamo Drafthouse, with its proud tradition of kicking out phone-abusing patrons who become a distraction and willingness to shame them after they do. Luckily, theaters are starting to realize that if you can't beat today’s live-tweeting movie fan, you need to join them.

Millennials who love instantly sharing their reactions don’t have to be pariahs. More and more theaters are offering “Tweet Seats,” designated areas in balconies and the backs of theaters where fans are not only allowed but encouraged to use social media during the show. How much is the idea catching on? Even live performance groups like the St. Louis Shakespeare Festival and the Dayton Opera are catering to a tech-savvy crowd.

But Tweet Seats still aren’t everywhere, and other theaters are using less stick and more carrot to discourage audience members from becoming a constant, glowing distraction. When the show is about to start, activate the CineMode setting on Cinemark’s app and your screen will dim and volume will set to vibrate. Stay off your phone for the entire movie and you’ll earn a reward (think free drink or popcorn) via a QR code that is valid for two weeks. 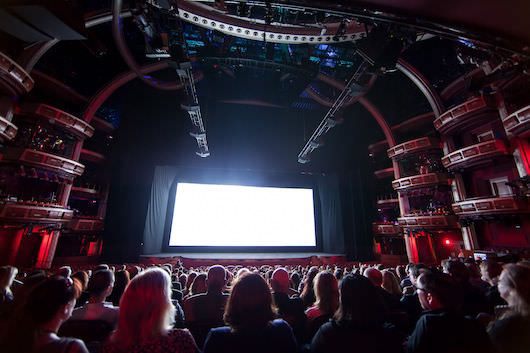 “Sound is 50 percent of the motion picture experience, and I’ve always believed audiences are moved and excited by what they hear in my movies at least as much as by what they see.” George Lucas is right—it’s still the magic of the movies that counts. And now that more than two-thirds of the world’s 130,000 cinema screens have already gone digital, theater audio is the next frontier. Enter Dolby Atmos.

Gravity, Iron Man 3, Star Trek Into Darkness, Man of Steel, The Hobbit: The Desolation of Smaug…all of last year’s biggest blockbusters floored filmgoers by putting speakers on the ceiling. Atmos shatters the typical five- or seven-speaker surrounded sound experience with 64 unique speaker feeds, giving coverage to every nook and cranny of the auditorium. And that gives today’s visionary directors pinpoint control over where they place every audio aspect of their film (dialogue, special effects, musical scores), creating a fuller, totally immersive experience.

This year, the biggest releases (The Amazing Spider-Man 2, Godzilla, X-Men: Days of Future Past, Dawn of the Planet of the Apes) will all be using Atmos. Because a comfortable seat and gourmet food is nice, but it’s really what’s on the screen—and all around you—that counts.