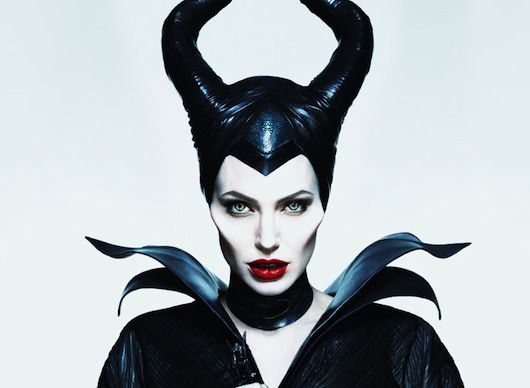 It's day three of CinemaCon and the schedule is packed. Alternative content and event cinema companies, fro Arts Alliance to Screenvision, will be hosting a special exhibit in the Palace Ballroom at Caesar's Palace this morning, followed by Walt Disney Studios exclusive presentation.

Along with Million Dollar Arm, Disney's slate of summer movies includes one film that kids (and adults) are awaiting with great interest—Maleficent, coming out on May 30 and starring Angelina Jolie as the iconic villain from Sleeping Beauty.

Exploring events from before Sleeping Beauty, the script from Linda Woolverton reveals what happened to the horned, winged wonder that is Angelina Jolie's Maleficent, that drove her to curse Aurora when she was just a baby, with significant ramifications to follow.

Mad Men star Jon Hamm will be at CinemaCon to talk about aforementioned Million Dollar Arm, which will be screening after the presentation. Hamm plays a desperate sports agent who comes up with a wild scheme to find the next great Major League pitcher—simply recruit a young, strong cricket player from India via a reality show competition he creates called, naturally, “Million Dollar Arm.”  The film comes out on May 16.

Also part of the presentation is director Lasse Hallström’s The Hundred-Foot Journey, based on Richard C. Morais’s novel. The story focuses on two rival restaurants in France, one a Michelin-starred French restaurant, the other, an establishment opened by a recently transplanted Indian family. The film will be served to audiences on August 8.

The presentation also covers Marvel and Lucasfilm titles, including Guardians of the Galaxy, which comes to theaters on August 1, starring Chris Pratt (who will likely be on hand at CinemaCon), Zoe Saldana and Bradley Cooper (voice). With a strong mix of humor, action and fantastic effects, hopes are high for this film.

Directly following the Disney presentation, Paramount Pictures and Warner Bros. Pictures will be presenting "From Passion to the Big Screen: The Work of Christopher Nolan." Nolan will sit down with Todd McCarthy, chief film critic of The Hollywood Reporter, covering topics that will include filmmaking in the 21st  century. Perhaps no director has embraced the full scope of technology available like Nolan has—he's used IMAX cameras on a number of films (including his Dark Knight trilogy), and most recently installed one an Learjet for his next film, Interstellar.