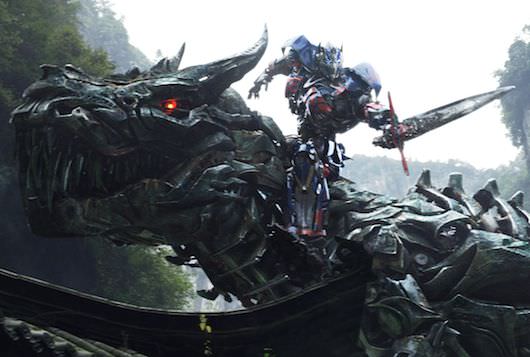 Paramount’s got a slate of massive films coming out in the next few months, with perhaps it most marquee release bookending the run—Christopher Nolan’s Interstellar, coming on November 7. Nolan himself will be on hand at CinemaCon, as he was in 2012 when he showed a five minute clip of The Dark Knight Rises during a Warner Bros. presentation. Tonight at CinemaCon, Paramount will be showcasing some of their upcoming films for eager audiences at 6:30pm.

This teaser trailer for Michael Bay’s upcoming Transformers: Age of Extinction (coming on June 27) bowed during the Super Bowl, and has since garnered more than 16 million views on YouTube. Bay’s bombastic franchise now has a legitimate action star, Mark Wahlberg, playing a mechanic who attempts to strip down a sell truck he’s found (guess what? It’s not your average truck) and finds himself in the middle of a conflict involving the Transformers, Decepticons and paranoid government officials.

Paramount will also be teasing the live-action/CG reboot of Teenage Mutant Ninja Turtles (coming August 8 and starring Megan Fox and Will Arnett) and Brett Ratner’s Hercules (June 25, starring Dwayne Johnson as Hercules). Wahlberg, Arnett and Johnson will all be on hand at CinemaCon.

How much Nolan will be sharing of Interstellar won't be known until the presentation, but even if it's just a fraction more than the below, his many fans, us included, will be salivating.