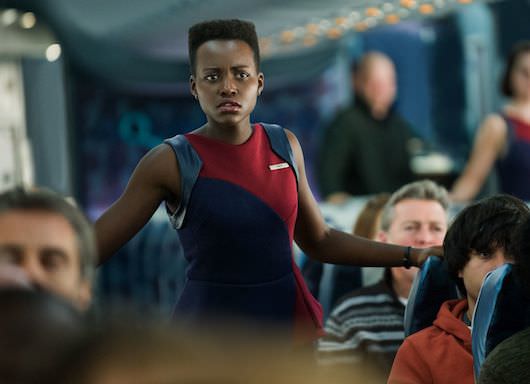 Have you ever walked through a missile silo? What about into the Oval Office or onto an alien planet? We didn’t think so. But chances are each of the millions of moviegoers who have flocked to see Non-Stop know what the inside of an airplane looks like. And since he was charged with creating an interior that looked totally realistic and doubled as a functional movie set, that posed a pretty big challenge for production designer Alec Hammond. 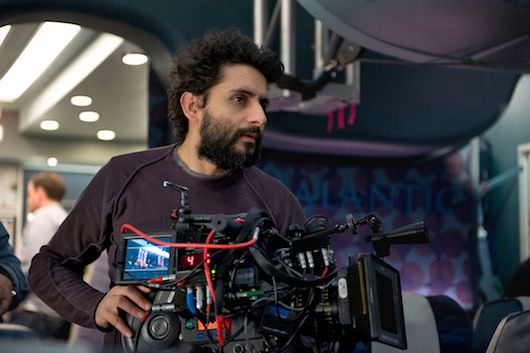 In this tale of murder, terrorist threats and and adrenalized action on a transcontinental flight, nearly every scene takes place inside the confines of a 767. Sure, the actual set may have been sitting in a warehouse in Queens and not crossing the Atlantic at 30,000 feet, but that didn’t make the need to shoot inside an airplane for three months any less real.

The first choice Hammond faced: buy a junked plane or just build his jetliner from scratch? He chose B. “There is kind of a law of diminishing returns in using scavenged planes,” explains Hammond, who last built an airplane for the 2005 Jodie Foster vehicle Flight Plan. “When you have a real aircraft, you have extreme difficulty moving anything around, be it humans, cameras or lights. They’re meant to hold together under high pressure and keep people locked in place during jostling, so all the systems that are in real place are very, very difficult to change.” 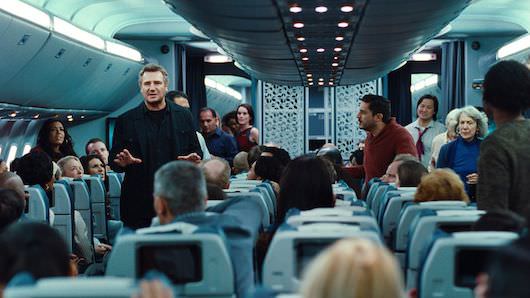 As an added bonus, building his own 767 for the invented airline Aquatlantic meant Hammond had complete control over every shape, color, form and texture on screen. (Look close: the fabric pattern on the seatbacks is mimicked in the galley’s metallic divider panels.) A perfectionist by trade, Hammond was glad to invent the plane of his dreams to his exacting standards, but the bigger advantage came from creating what he describes as an “architectural machine.”

With every look for Non-Stop determined ahead of time, Hammond and his team could incorporate lighting systems directly into their plane, hiding lights in windows and overhead bins. Likewise, camera tracks were built into the actual internal structure—a linear baring dolly track running up each aisle that could be rigged in under five minutes and allowed director Jaume Collet-Serra to cover 70 percent of the plane without stopping. No tracks on the floor also freed him to turn his camera 360 degrees, while a middle rig allowed it to float side-to-side across those pesky center seats. “Think of a human trying to get a camera through the area between the overhead bin and center seat,” says Hammond. “There’s barely enough room for the camera, and there’s no way to maneuver the shot unless it’s on a mechanical slider.” 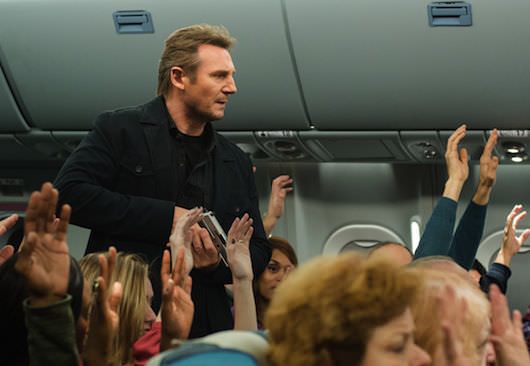 Artistic concerns were one thing, but the production had another practical need, one that any airline could relate to: how to move bodies. “You have 200 extras on the plane, and you need to get them on and off,” Hammond explains. (Ditto a crew and equipment.) The answer: build the exterior fuselage in panels (two windows per) that could be locked together and lifted up on a hinge that Hammond likens to the car door of an old gull wing Mercedes, allowing everyone to file off in minutes.

When it came to creating those hinges and virtually every other component, Hammond turned to another veteran from the Flight Plan set, digital set designer Sam Page. “He called me up and said he wanted something that looked like a 767 but a little sleeker and cooler,” Page remembers. “Alec came with some reference images and I tried to put those together into a model of a window panel or an overhead panel or whatever else he liked the look of.” 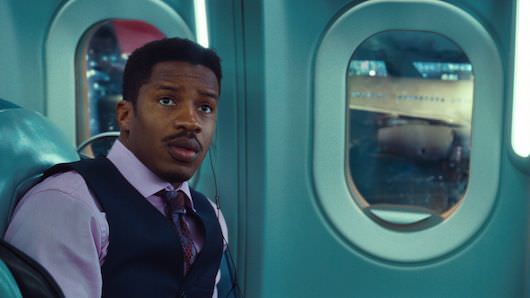 Using Hammond’s sketches, Page created a 3D model on his computer. A plywood frame of the piece would be cut using a CNC router, then covered with vacuum form molds to create the actual piece and place it on set. Creating the interior piece by tiny piece made for painstaking work. “The tolerances are very small with an airplane,” says Hammond. “If you’re off by a quarter inch at the start of the plane and you have 90 instances, by the time you get to the back you have a major problem.”

Still, there were times when only a real plane would do. Take the external doors, a true feat of 1960s Boeing engineering that were just too complicated to replicate. Hammond had a simple solution: cut them from a salvaged 747 and match the arc and color of the fuselage around them. Likewise, all coach seats came from junked planes, though they were stripped down and given a new, dark blue color scheme (the better to contrast with the actors’ faces). For the cockpit—which could detach entirely from the plane for easier shooting—Hammond snagged authentic yolks, throttles and dials, then gave it a more high-tech feel with the help of some flatscreen Samsung tablets. 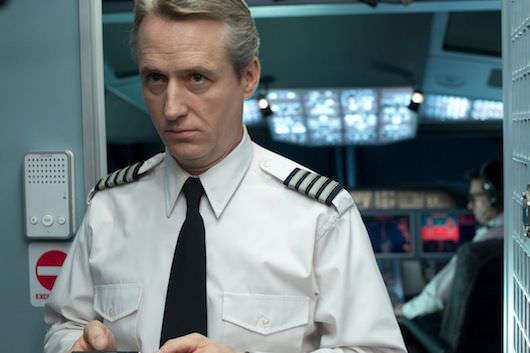 But it wasn’t always that simple, like when it came to creating the first class cabin. “If it’s going to look like a stylish airline, you need something that resembles a pod,” says Hammond. “The ones they’ve pulled out of planes are 20 years old and don’t look right, but if you bought the new ones from a manufacturer they’re $250,000 per chair!” says Hammond. His serendipitous solution came on a trip to Costco when he spied a massage chair that fully reclined. Just remove the footrest, have Page model it on his computer to make sure it would fit in the cabin, place and order, and—boom—Hammond had a cost effective first class. 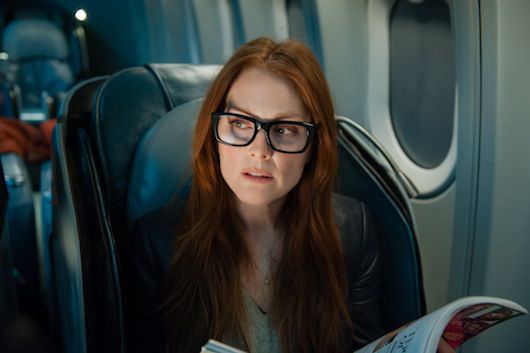 Put it all together and you get an imaginary airline that any weary traveler would love. There were even some hidden perks for the frequent flier, like aisles that are just a touch wider than usual (to accommodate cameras and stuntwork) and a little bonus headroom (for 6’4” star Liam Neeson). “You have to give him more room in the aisles or else his head hits the ceiling,” laughs Hammond, who faced the exact opposite problem on Flight Plan when the pint-sized Jodie Foster needed to access overhead bins. With all that customization, it’s no wonder Hammond jokes that he has a “once a decade” airplane rule. Thankfully, up next for him is Insurgent, the second book in the bleak Veronica Roth series. Dystopian Chicago never looked so good.