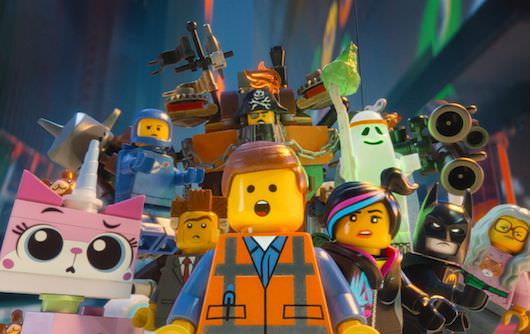 How The Lego Movie Got Its Stop-Motion Look

When the trailer for The Lego Movie came out, the Internet was abuzz. The Lego characters had that signature stop-motion feel to them, moving in a slightly stilted manner. Was the movie filmed in stop-motion or CG animation? “There were a couple arguments that we all found quite humorous when we first put out the trailers. People on the Internet were saying they knew for a fact we were doing stop-motion,” remembers Alfie Olivier, the animation supervisor. Their arguments faltered when they saw thousands of Lego bricks undulate in an ocean scene, and spray out in an explosion. “They were going, ‘How did they get the waves to roll? That would take years.’ So those people decided that scene must be CG, but the rest was definitely stop-motion.”

For the record: The Lego Movie was created using CG animation, but Olivier is happy for people to think otherwise. “The more people think this is a real stop-motion film, the better. If we can convince people it’s a stop-mo film from the outset, I think we’ve achieved what we set out to do.”

Creating a stop-motion feel with CG animation required a different approach. The team couldn’t use many of the normal animation tricks, like “squash and stretch,” a basic animation principle that has objects either squash or stretch when they move or come into contact with another object. Legos, after all, are hard objects.

When the animating team was stuck figuring out how to approach a scene, they turned back to the briefing from writer/directors Phil Lord and Chris Miller, the filmmaking duo behind Cloudy with a Chance of Meatballs and 21 Jump Street. They were told to “imagine a boy in his basement was given unlimited funds to make a stop-motion film,” Olivier says.

Phoning in from Australia, the home of animation studio Animal Logic, Olivier talked to The Credits about how his team created a CG film with the tactile feel of stop-motion, along with the kind of imaginative meetings (Lego Batman inhabits the same world as Lego Abraham Lincoln) that usually only take place in kids’ imaginations.

The film has a nostalgic look to it, like early stop-motion, or the more recent stop-motion animated film Fantastic Mr. Fox .

We explored different techniques and one of them was that we weren’t going to use motion blur in the film, which was a first for us. That was a big part of giving it a stop-motion feel.  We would also animate ‘on twos and threes,’ so it wasn’t so smooth. We would hold the same pose for two or three frames, instead of just one.

What about moving the bodies of the Legos? Any (former) kid remembers they have a pretty limited range of motion.

We didn’t bend any arms, we didn’t bend any legs. One of the briefs was it had to be as true to a real-life Lego piece as possible. We only moved the CG characters the way a kid would be able to move a little mini-figure in his basement.

What if the characters needed to do more than move their arms and legs up and down?

There’s only so many hinges on a real life mini-fig [Lego characters]. What we would do is separate the hips from the torso if they’re doing the splits, for example, but without seeing the studs where they would be connected on camera. We hid these poses away from the camera.

What other limitations did you encounter moving the Lego mini-figs?

How did you give the Lego characters emotion when they can only have 2D facial expressions?

It was the first time actually that we had to do a 2D face on a 3D body. What we did was build up a whole library of facial expressions for each character. It went the whole gamut of emotions from happy to sad to angry. Also, we created all the phonemes when they’re speaking, the A, E, I, O, U. We were able to cut and paste different expressions and mouth shapes on different frames to mimic the lip sync. In a stop-motion film, you would put a sticker on for the expression and then replace it with another sticker. We were trying to mimic sticker replacement. If you look closely at the eyes and mouths, you can see the little bumps and scratches that would occur if you were repetitively using stickers for the faces.

The Lego Movie feels like the filmmakers dumped out a kid’s toy box and let all the toys play together. You have Batman, Green Lantern, Abraham Lincoln, and Han Solo showing up in the same movie. How were you able to combine all these worlds?

One of the most interesting things that people might not be aware of is Lego supplied us with their entire library of bricks from their design department. Every single piece you see in the movie is actually a legitimate Lego brick with an ID. There’s nothing that we made that is not a real Lego piece. If you stop on a certain frame, you’ll see that explosions are hundreds of little bricks put together, and they all are real Lego bricks. There’s a scene where a train is going through the Wild West, and the smoke billowing out of the train is all individual bricks, which to me was so true to the feel of the movie.

Is there a scene you have a personal attachment?

I guess for me personally, it would be the blur that’s attached to the characters when they’re moving super fast. We had to create the effect of motion blur on a stop-motion character. In order to achieve Lucy, or Wyldstyle, moving fast, we created a brick blur of the character. If you stop on a frame where it looks like she’s moving super fast, you’ll actually see she may not be in the frame. It’s just a whole lot of bricks that are put together and stretched out so it looks like she’s blurred. That was one of tricks to cheat the motion blur. Without the special brick blur, it would be just too jarring on the eye.

There’s some speculation that a Lego 2 is in the works on the Internet, though nothing is confirmed. Would you want to do two Legos back to back?

From your lips to God’s ears, I hope there is. There are other projects that Animal Logic has lined up, but if there is a Lego 2, I’m first in line.