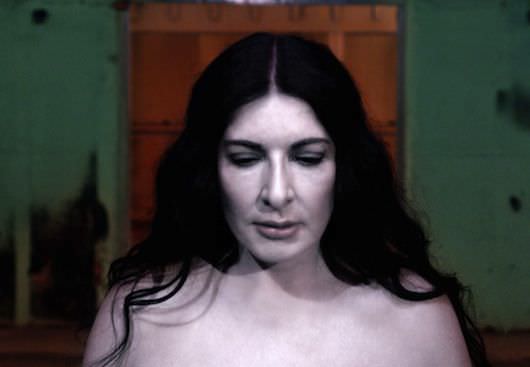 How Matthu Placek Created the Single Take, 3D A Portrait of Marina Abramović

The synthesis of technology and art is at the very heart of cinema. Filmmakers are natural innovators. Whether they're working on a big budget film or a small independent, there has simply never been a film made in which the crew didn't have to surmount obstacles through ingenuity—be it with state of the art technology or a nuts and bolts solution.

The ingenuity, technical daring and beautiful beating heart Matthu Placek's 130919 • A Portrait of Marina Abramović is a prime example of a filmmakers' dual role as an innovators and storyteller. Placek, who attended the School of Visual Arts in New York City, has made gorgeous film about the legendary performance artist Marina Abramović. It's both thrilling and intimate, capturing in minute detail the artist herself and the space she exists in. This seven-minute 3D portrait is a combination of technical skill and storytelling, shot in one take (like Deborah Stratman's impressive single shot Hacked Circuit, which also played in Sundance). It premiered at Art Basel Miami Beach this past December, and then at the the 2014 Sundance Film Festival.

We spoke with Placket about how he captured this incredible film in one shot, in 3D, without losing any of Abramović's visceral power as a performance artist. 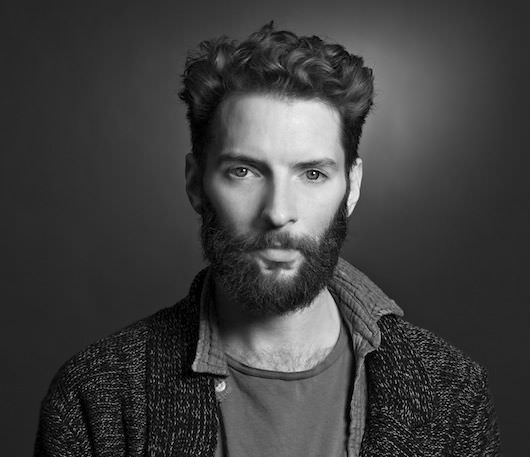 Tell us about the technology used to create this film. You guys had some serious equipment in order to capture this film the way you wanted.

130919 • A Portrait of Marina Abramović was made stereoscopically in one-take. The camera movement explores the space and Marina's body in great detail. The visual has been quite solid from the conception. A 2D pre-visualization was created using still photographs of the space, which is the future site of "MAI," The Marina Abramovic Institute. I'm proud to say the film and the pre-visualization are nearly identical. It's very rewarding to see a deeply embedded visual come to life so accurately. To achieve this shot in 3D, a fifty-foot techno crane was required with a fully wireless 3D rig using two Scarlett cameras. My crew consisted of forty-five people with upwards of fifty lights to create the necessary depth and color balance essential to telling Marina's story in three dimensions. 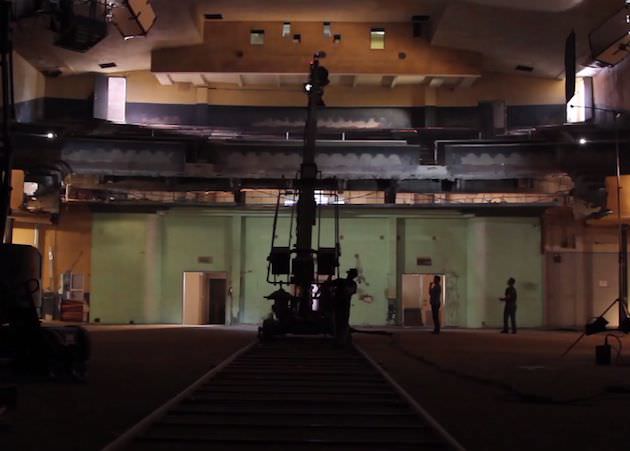 What was the seed of inspiration to make this film? Is it purely Marina's work?

Marina and I have known each other since 2007. We have worked together on several occasions. In that time, she has never faltered. I believe in her. She is a consistent artist and a consistent person. This is the quality that attracts me to people most. The film is the first in an ongoing body of 3D moving portraits. I have a list of people I am working with, all of which I share some form of a personal relationship. For me, as an artist who makes portraits, I need some connection to the subject. I'm not interested in basing a picture on a Wikipedia page. Every portrait is an interpretation of how I see someone and their relation to me. With that said, Marina, her body of work, her relationship with me, my personal story telling aesthetic…all of these things play an equal role.

Tell us about the production process—from pre to post. How long did it take to conceive of, execute, and polish this film?

I conceived of this film more than three years ago. It began as a music video with Casey Spooner, shot in a studio with a similar camera movement but without the environment. In my first meeting with Marina, she told me about the derelict theater she had just bought and I immediately decided the film must be shot there in Hudson, New York. The film took a back seat for two years…a nap of sorts. Over that time I continued to explore film with close musician friends, making one-take music videos. It became clear that I was making portraits of these musicians. The videos are so intimate and it has everything to do with the trust between myself and a subject. In which case, my film of Marina developed into something much bigger than I had started with on account of the luxury of time. The film and myself had time to breath and consider the elements very carefully. In the Spring of 2013, I plowed head first into reviving this film, fundraising and production. Then, on September 19th me and my crew shot the first take, which is the selected take. After that, there were two months of post production, color grading, titles and installation production before premiering the work at Art Basel Miami Beach in December 2013.

What is it about Marina, what essential component of her power, draws you to her, and how did you decide that producing this film, the way you did, was the best way to attempt to capture that?

In film, I try to tell a complete story with as little bells and whistles as possible to provide the maximum effect. If an element seems excessive, I get rid of it. Marina's extensive exploration of the mind and body are a great inspiration to me. Here consistent nature and devotion to her craft are admirable. In which case, the film must address her body of work, which is literally her body. It was essential that Marina be depicted completely nude. It was the most powerful way for a viewer to understand the great lengths that Marina has taken in her work and how it has made her stronger physically and at the same time remained open and vulnerable.

Her work "The Artist is Present" recently at MoMA here in New York was really mind-blowing. People would weep. How did you manage to avoid interfering with her natural ability to engage people?

As she's a performance artist, I did not want to interrupt her with editing. If Marina can stand still, arms stretched and deliver a powerful presence, then I can certainly figure out how to capture that power without cuts. The film is both a portrait of the future Marina Abramovic Institute and its founder. Marina is in a state of transition between performing and teaching. Her focus is now the institute, which is her future and her legacy.

The lighting in the film is really arresting.

Marina's body is lit cool and painted white to suggest a death of the physical body's involvement in her work. The space, ripe for renewal as a place for learning, is lit warmly, like a womb filled with embryonic fluid. There is a connection between Marina and the space, but there is also a balanced transition between the two. It was very important to explain that aspect harmoniously. Marina's outstretched arms and lowered gaze is a welcome to the masses and also a commentary on the art world that has begun to ridicule the artist they once championed. The art world snickers at the fact that Marina has sought out the support of pop icons such as Lady Gaga and Jay Z. What some of the art world does not understand is that Marina's plans for her institute reach far beyond this tiny fraction of the world.

What does her institute hope to do?

Her institute is an exploration of the mind and body and its infinite possibilities. This is a place for everyone…who better to help her reach the masses than pop icons? My 13 year old niece in the middle of Ohio knows who Marina Abramovic is now. That's amazing. Let's applaud the fact that a performance artist is over exposed. Who would have ever guess such a thing could happen… 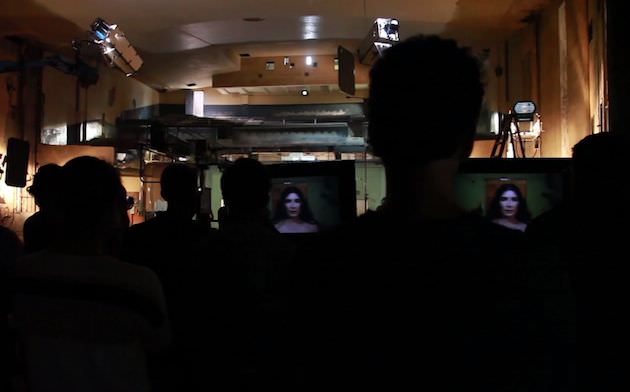 Tell us who else inspires you in the film and art world–what made you want to become a filmmaker?

That is an a difficult question. There are so many inspirations. My subject is always inspiration number one. I come from a still photography background. That being said, my images have always been cinematic and narrative, however I often felt as if I could tell the entire story. With film, I can explore moving images and not leave anything out.

What would you say to a hopeful filmmaker, someone who wanted, like you, to utilize new technologies to create vivid, personal, exciting films?

Everything is possible. Get off your ass and make it happen.

How did you choose the sonic elements for this film, specifically the score?

I was originally going to use a piece of music from the Robert Wilson opera, The Life and Death of Marina Abramovic. After seeing this incredible opera in Toronto I decided that it was best to create an original score. In which case, I reached out to the genius musician and producer Thomas Bartlett and the Serbian singer and historian of ancient Balkan folk music, Svetlana Spajic. I was thrilled that they both agreed to take part in this project. Svetlana came over from Serbia and made the score with Thomas. I asked Svetlana if she could suggest a Balkan folk song which explores death and rebirth in a positive way. I could not be happier with this piece of music.