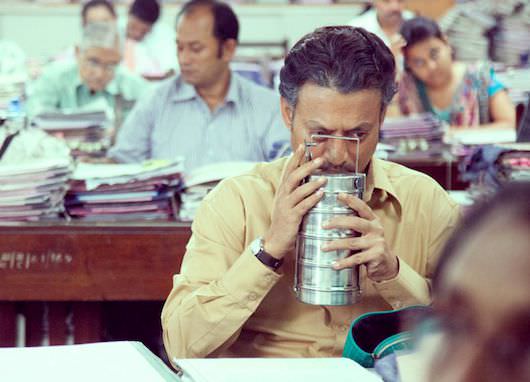 Writer/director Ritesh Batra is enjoying critical and viewer acclaim for his first feature-length film, The Lunchbox. The film, set in Mumbai, is a quiet love story that takes place mostly through hand-written letters. So it’s a surprise to find the Indian-born director and his film at the center of a fiery controversy over the current role and power of the Film Federation of India.

But the decision late last year by India’s official film body to select a lesser-known film with limited distribution, Gyan Correa’s The Good Road, as the country’s official submission to the Academy Awards appeared to shock the foreign press and critics who made The Lunchbox a success on the international festival circuit in 2013, including recognition at Cannes.

At the time, Batra was outspoken in his criticism of the decision and questioned the process behind it, prompting a scolding response from the film body in a letter actually sent to Batra’s parents’ house. Batra apologized, but remains an advocate for reform.

“There should be an Academy just like there is in the U.S. and Spain and other countries,” he told The Credits. “A secret jury that meets in a secret place: it’s not really conducive to good decision making. But … really the thing that I learned from that whole experience was that the fights that I want to pick are the ones that help me get my movies made. But of course the film body needs reform. I hope they get it. But it’s so beyond my power to make anything like that happen.”

India did not earn a nomination in the category of Best Foreign Language Film this year.

The Lunchbox opens in New York and Los Angeles on Feb. 28, and moves to other U.S. markets starting March 7. While the controversy could raise interest in the movie among American audiences, Batra called the exchange “disturbing” and said the publicity wasn’t worth diverting his creative energy and peace of mind.

“If an Indian film does well on a global platform, it’s good for all Indian filmmakers. One would expect that the film body of your country would recognize that in some form and be sort of the wind in your sails. But it was quite the opposite. They cut off our wings,” he said. “It’s not just me; anyone who cares about Indian movies traveling really cares about this and cares about a sort of Academy of thoughts and a process that makes sure [Indian] films can be competitive.”

Batra is careful to separate the film body from the people of India who bought tickets to see his movie. He specifically set out to depict a “local and specific” portrayal of life in Mumbai, where delivery men called dabbawalas transport thousands of hot lunches every day from homes to workers in the city, primarily using public transportation and bicycles.

“It was important for me that it be a fairy tale and then also [have] the sense that it could have happened,” Batra said. As a result, he honed in on nuances like making sure Nimrat Kaur, who plays Ila, rehearsed by actually cooking in the apartment kitchen where she would film many lunch-making scenes.

Shooting on location, he included many non-actor residents of Mumbai in the film, using them as extras in scenes shot on the streets or trains. In exchange for standing in frame, they were allowed to interact after with the actors, including star Irrfan Khan, who is very famous in his home country.

Every lunchbox delivery man shown in the film is also a real dabbawala. Batra made friends with many delivery men when he embedded with them a few years ago. His original intention was to make a documentary.

“They’re a community of 5,000 and they have this complex coding system of letters, numbers and colors to tag every lunchbox with,” he explained. “I wanted to find an interesting character within them to follow…but ended up finding this story instead. I would love to make the documentary someday.”

Batra required creative license to tell the story of a mis-directed lunchbox that connects the couple at the heart of The Lunchbox, since real dabbawalas only make a wrong delivery one in six million times.

“The film never commits to [whether it is] a mistake or a miracle,” Batra noted. “[Dabbawalas] take immense pride in what they do, so for me it was important in the film to preserve that idea.”