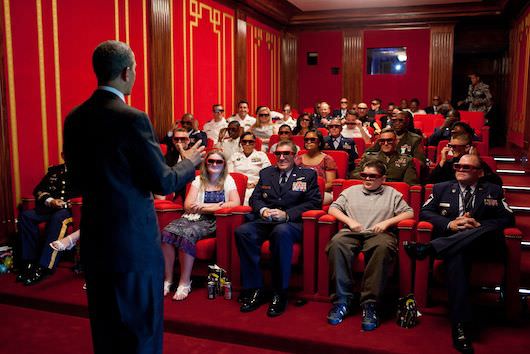 The first-ever White House Student Film Festival was announced late last year, a contest for K-12 students for a chance to have their films shown at the White House, featured on the White House website, YouTube Channel and their social media pages. Submissions will be accepted through January 29, and all videos must be uploaded to YouTube or Vimeo. For more details, click here.

What they want to see is films that highlight the power of technology in schools. Some topics the White House suggests include how technology helps with global collaboration, making and tinkering, and student creativity.

We spoke with Adam Garber, the deputy director of digital content for the White House, about how this festival came together, his role in the White House and the importance of film in the classroom. 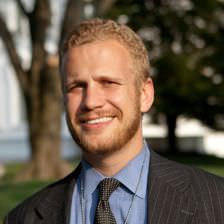 What’s the origin story of the Student Film Festival—how did the idea surface and change throughout the creative process?

I was talking with a Presidential Innovation Fellow named James Sanders, who was once a teacher in California. He had experience in the classroom but had also worked with YouTube, where he helped manage educational content. We talked about how many schools now have video editing classes, electives, or clubs where interested students could get behind or in front of a camera. Also, we discussed how many kids make videos on their own time, as film-making is pretty accessible these days. We both became pretty excited about the prospect of a film festival here at the White House where American students could be storytellers, and as we talked to a wider group of people about the idea the excitement started to spread. 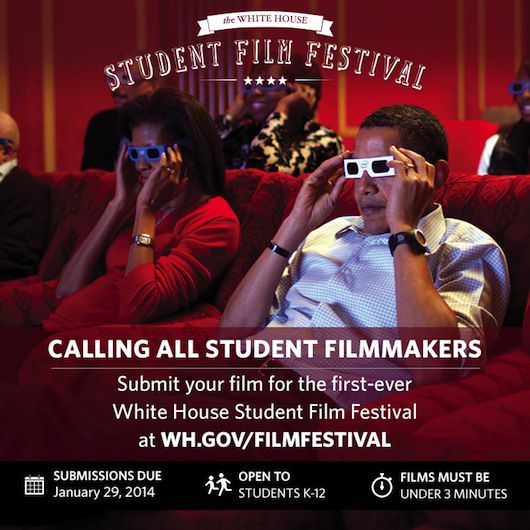 How do you see the medium of film becoming a bigger part of today’s classrooms?

For many students the actual act of filmmaking, and working hands on with the medium, can be extremely educational itself. Just some of the lessons you can glean from the process involved are teamwork, patience, organization, creative writing and critical thinking. I know that the visual medium of film in the classroom can be a very powerful tool to illustrate a time in history. It can also offer a shared experience to a classroom of students. Talking about the arts, movies or books, and the stories and themes therein, is part of our culture and can lead to lifelong interests.

What are the hopes for the festival? Is there a minimum number of entries that will make this project a success?

My greatest hope for the festival is that anyone who participates has a lot of fun making their submission. I know that students are busy with homework, chores, pop-quizzes, finals, soccer practices, etcetera, and I’m really looking forward to seeing what they submit. 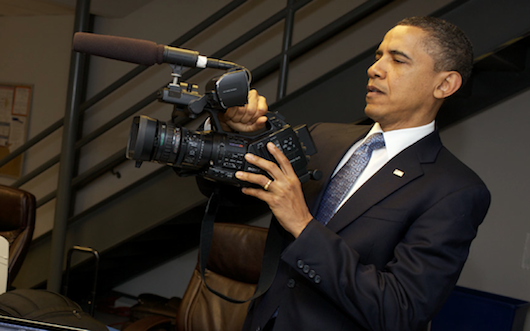 President Obama, the First Lady, Malia and Sasha are all genuine film fans—how much of their love for film factored into getting this festival off the ground?

The First Lady actually had a student film workshop this past November, where students came to the White House and learned about the industry from professionals. It was amazing; there were foley workshops, green screens, makeup & wardrobe tutorials, and directing and writing workshops. Being a part of an administration that recognizes the importance of the arts is inspiring to work around, and was certainly a factor in us coming up with the idea.

Who helped create and produce the video on the festival site with Bill Nye the Science Guy?

Myself. It was a pretty simple taping. We used a Canon 5D and a white backdrop here in the Eisenhower Executive Office Building.

Can you tell us what your role as Deputy Director of Digital Content for the White House entails?

I work as the Video lead in the Office of Digital Strategy, the White House’s online program. That means WhiteHouse.Gov and all our social media, emails and distribution sites like YouTube or Vimeo. Video is a big part of our online content. That includes live-streams, which we do almost daily, and many produced pieces as well. In fact, every Friday, we put out “West Wing Week” which takes the viewer through much of what happened that week in the Presidency.