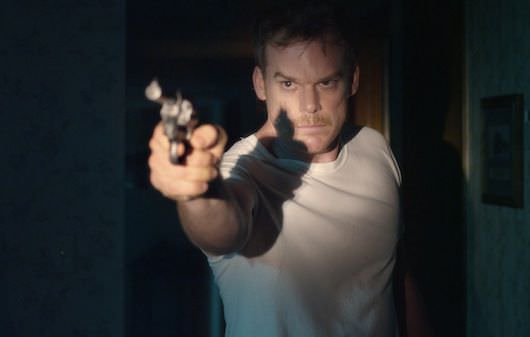 Director Jim Mickle is back at Sundance for a second year in a row with the dark, thrilling Cold in July, based on the novel by Joe R. Landale. After serving up last year’s compelling cannibal family film We Are What We Are, Mickle seems right at home in this neo-noir set in a small Texas town sometime in the 1980s. 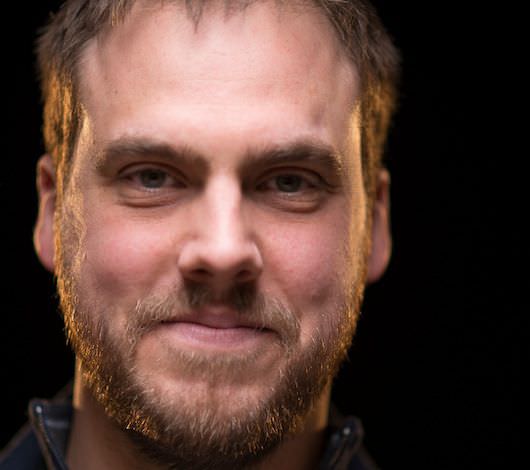 Cold in July wastes no time plunging you into an ordinary man’s extraordinary dilemma. Richard Dane (Michael C. Hall) is woken by his wife Ann (Vinessa Shaw) in the middle of the night—there’s someone in the house. Rick fishes a shoebox out of his closet that holds his father’s pistol. His hands are shaking as he loads the chamber. After checking on his young son, Rick quietly barefoots his way into his living room, the beam of a flashlight probing the dark ahead. He comes face-to-face with a masked intruder poking around and levels his gun at him. Rick and the intruder share a long, silent moment together, until the chime of a clock on the mantle startles Rick. His finger slips, the gun goes off, and the masked man is dead.

Mickle’s film, which he co-wrote with his writing partner from We Are What We Are, Nick Damici, deals with the increasingly bizarre aftermath of this incident. The police, led by lieutenant Ray Price (Damici) assure Rick that he was acting in self-defense, that sometimes ‘the good guy wins,’ and then casually mentions that the father of the man he killed (the deceased is identified as Freddy Russell) has just recently been paroled. This would be Ben (Sam Shepard, as formidable a screen presence as you could ask for), and sure enough Rick’s immediate fears are realized in short order. Ben threatens Rick, shows up outside a playground where Rick’s son is, and breaks into Rick’s house, gouging out a teddy bear’s eyes and bringing lieutenant Price and his team of Texas lawmen to the home in order to protect Rick.

And here you might assume that Cold in July will be a Cape Fear like tale of a seriously pissed off lunatic versus an average, terrified family man. That's not close to the case here. Cold in July unravels into a a bizarre, albeit implausible but irrefutably thrilling story about corruption, the Dixie Mafia, a snuff-porn ring, and unlikely allies. There’s too much fun in the sundry plot twists to give much away here, save for the fact that Cold in July upends your initial notions of what it's going to be about and align Rick and Ben against bad guys so awful they make Ben himself look like a sitcom dad, maybe a cooler Alan Thicke. Once Rick and Ben go from enemies to allies, Mickle and Damici’s story kicks into full lunatic gear, and by the time a witty, wild, Korean war vet/pig farmer/Houston private eye is called in by the name of Jim Bob Luke (Don Johnson, even more fun than his character description), Cold in July doles out equal measures of humor and horror, flying back with a wicked momentum.

Less grim than the other revenge centered film here at Sundance, Jeremy Saulnier’s excellent Blue Ruin, Mickle’s film makes the most of the three leads disparate personalities—watching Hall, Shepard and Johnson deal with the unfolding mayhem is a pleasure—and Mickle gets great work by his crew, from cinematographer Ryan Samul to composer Jeff Grace’s score (imagine a barbecued version of the synth score so beloved in 2011’s Drive by Cliff Martinez). This is a film about crooked cops and hard hearted ex-cons and loving family men and sadistic murderers all thrown into a blender of a story and set on high—it’s pure noir, and in Mickle’s hands, aided by an ace cast and crew, it goes down easy.