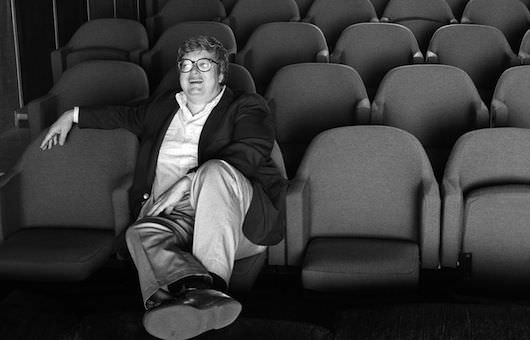 For half of the history of cinema, Roger Ebert has been writing about film. This point is made by Richard Corliss, the Film Comment critic, who wrote the infamous piece “All Thumbs,” arguing that the Siskel & Ebert show, along with the rising culture of 'rating' movies with letter grades or thumbs, was damaging true film criticism. That this same man is such a big presence in James' documentary tells you that the scope of the subject's career is too big, and too important, to write off. Corliss puts Ebert in his proper place in the history of the medium—as the most influential film critic of all time. Ebert’s former critics, like Corliss, and admirers (some of the greatest directors working today) sound off in this moving tribute to a man who once advocated on director James' own behalf some twenty years ago. 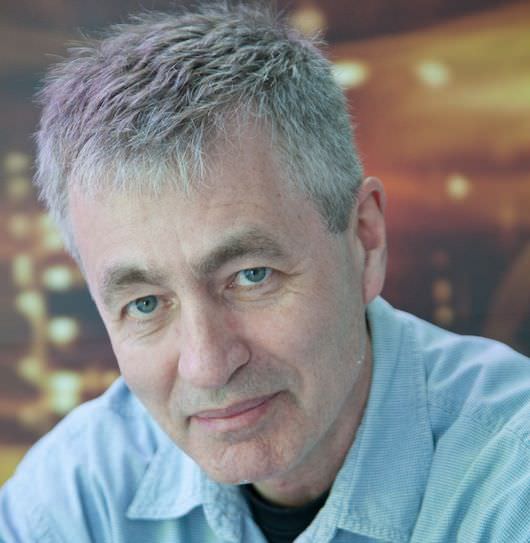 James documentary (borrowing Ebert’s 2011 memoir title) is an unflinching look at the legendary critic’s life, including difficult, moving scenes from Ebert's last months. James friendship with Ebert began in 1994, when the latter was a passionate believer in the former's breakthrough documentary, Hoop Dreams. This is one of the many lasting contributions Ebert made to the film world—he took on directors whose work he admired and advocated for them, using his massive platform to champion films and filmmakers he felt deserved attention. Without giving away any of the wonderful moments in James documentary, there are filmmakers who credit Ebert with their entire careers and, in the instance of one legend, their very lives.

If this sounds like the synopsis of a hagiography, it’s not. The Ebert that James portrays is a fully three dimensional individual; a difficult, charming, infuriating and brilliant man. Life Itself looks at his alcoholism, ambition and his effect on others with honesty and compassion. It also highlights the incredible woman Ebert found and married at 50, Chaz. In something of a second act reversal, the perennial bachelor met the love of his life in AA. Her family became his. Without her, this would be a very different documentary, one whose ending might not have been so miraculous.

Life Itself takes you into the hospital room with its subject during the last five months of his life. These scenes are not easy viewing (watching him undergo 'suction,' with a tube inserted into his neck, is hard to watch), but Ebert’s indomitable spirit throughout his medical ordeal is extraordinary, aided by Chaz, his bedrock.  Despite the multiple surgeries he had due to his diagnosis of thyroid cancer (among other ailments), and the removal of his lower jaw, Eberts’ eyes continue to shine and his humor never abates—this is a man who lost the ability to eat, drink and speak, but not to joke. Using a computer program that spoke the words he wrote, there are quips aplenty.

Yet James also shows the moments where not even Ebert can laugh off his pain. Chaz reveals very dark moments when her husband didn't want to live anymore. The total effect of this portrait is to marvel not just at Ebert’s spirit, but Chaz's resolve and James’ film—the three elements are intertwined so completely (James tells this story largely through his subjects own words and Chaz's effect on him) that it feels like a co-production, something the filmmaker no doubt wanted.

Ebert became the youngest film critic in the country with his own column when he was handed the role at the Chicago Sun-Times. When he wasn't writing, he spent much of his time at the legendary bar O’Rourke’s, on North Avenue in Chicago, a place that suited this young, film-loving critic. A cinematic dive frequented by newspapermen (and women), drug dealers and a cast of colorful Chicagoans, Ebert held court here and felt perfectly cast. But his drinking would become unsupportable, and he recognized that if he kept going it would kill him. On an afternoon in 1979, Ebert had a scotch and soda—it would be the last drink he’d ever have.

Ebert went on to become the first film critic to win the Pulitzer Prize, a fact he would hold over the head of the man who would become a thorn in his side, a rival, and, eventually, one of the most important people in his life—Gene Siskel.

Siskel came into Ebert’s life as a young, erudite critic for the Chicago Sun-Times’ rival paper, the Chicago Tribune. Tall and slender, a friend and frequent travel companion of Hugh Hefner’s, Siskel irritated Ebert from the jump, and vice versa. The footage from the early years of the Siskel and Ebert show, with commentary from the show's producers, is painfully funny. The clothes. That handlebar mustache on Siskel. They looked like the last two people on Earth who should be on TV. The footage of the two of them bickering at one another between promo takes is absurdly funny—they act like children, fighting for the last word only to launch into the show's opening with grim smiles on their faces. At one point Siskel says, simply, "you're an a**hole." You can't really blame him at the moment.

Of course we all know what happened—the Siskel and Ebert show became a national phenomenon, and the critics became frequent guests of Johnny Carson’s, eventually becoming rich off the show. Their populist approach to film criticism irked some of their contemporaries (the aforementioned Richard Corliss being the most outspoken at the time), and their public bickering seemed slightly ridiculous in an era that saw the rise of culturally respected, groundbreaking critics such as Pauline Kael and Andrew Sarris.

The Siskel and Ebert show was far from ridiculous, however, and this point is made by luminaries like Martin Scorsese and Werner Herzog, and current critics like the New York Times’ A.O. Scott. They brought an appreciation of film as an art form to more people than just about every other critic combined, and they advocated for smaller, more difficult films as well as any other critic, Kael and Sarris included.

Life Itself is wonderful on the difficult relationship between Siskel and Ebert, as it is on the effect Ebert had on the lives of so many other writers and filmmakers. When Siskel got sick, he told no one but his immediate family, and his death in 1999 rattled his co-host and, at that point, friend. Ebert vowed to Chaz that should he ever get sick, he wouldn't keep it a secret from anyone. He had no idea how much this promise would shape the last eight years of his life.

Once Roger Ebert’s medical woes began, with the eventual removal of his jaw and his inability to eat, drink or speak, perhaps the most remarkable part of his career began. For a man who had traveled the world, wrote numerous books, wrote the script for Roger Corman’s Beyond the Valley of the Dolls, influenced (and helped make) directors as important as Wernor Herzog, Martin Scorsese, Errol Morris, Ava DuVernay, Gregory Nava and Ramin Bahrani, the “sick years” of Ebert’s life were one of astonishing reinvention and perhaps the most prolific of his long career. With Chaz and his family in his corner, Ebert’s blog and Twitter feed became his voice. He wrote his usually passionate film criticism, but covered a broad range of topics, engaged with his readers, and, as he had done his entire career, championed the work of others. In this case, he not only supported the work of little known filmmakers he admired, but also used his blog as a seeding ground for other film critics and writers he believed in.