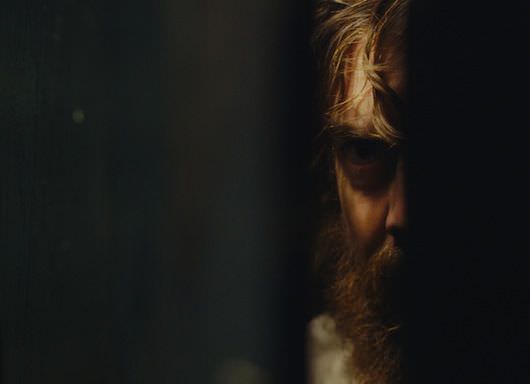 Jeremy Saulnier’s Blue Ruin was a hell of a way to spend an afternoon in the theater here at Sundance. Saulnier’s film is a revenge story marked not by the mindless pursuit of retribution but rather a sad, resigned commitment to a dark task. Our protagonist, Dwight (Macon Blair, outstanding), openly acknowledges the pointlessness of his task while nonetheless trudging along its bloody contours to its bleak endpoint. 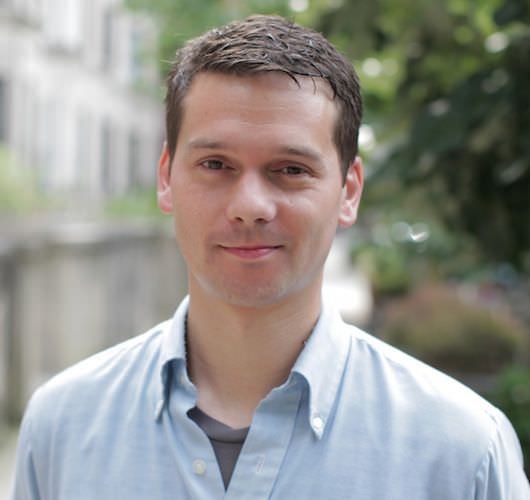 The film opens with a beautiful shot of a pristine white tile bathroom filling with steam. There’s Dwight, heavily bearded, enjoying a midday bath. Only this is not Dwight’s house. Dwight lives out of a car on the beach in Delaware, and there’s something sadly beautiful about his existence. He filches what he needs to survive, bothering nobody. A shot of him taking a dawn swim in the ocean, something you glean he does often, makes you almost envy his off-the-grid existence.

But Dwight’s lack of residency has a very specific origin, which is revealed in the barest of outlines when he’s roused from his sleep by a police officer bearing some bad news. It will take a little more of the film’s running time to find out exactly what sparked Dwight’s retreat from society, but it’s clear from the news that a man by the name of Wade Cleland has been released from prison, and that Dwight’s going to kill him. This is the man he believes is responsible for murdering his parents.

Dwight is a refreshing twist on the revenge plot protagonist, and Macon Blair is absolutely terrific in the role. Despite driving from Delaware to Virginia to carry out his initial act of violence, when the moment presents itself, Dwight seems as surprised and terrified as his victim. He’s a hapless and conflicted assassin, fueled less by rage than a bottomless sadness. Despite having opted out of human contact for many years, Dwight’s no mindless killer hell-bent on revenge—he’s gentle and weak, and well aware that what he’s doing will solve nothing.

Yet once he commits that first act of violence, there’s no way out but in—he’s now put his estranged sister Sam (Amy Hargreaves) and her two daughters in the sights of the lunatic Cleland clan, who are hell-bent on revenge. They are used to violence, and here the film turns into the story of two parties trying to avenge murder with murder. In this way Blue Ruin’s revenge plot becomes a sort of double-helix of misery—the only way Dwight can protect his sister and her children is to obliterate the entire Cleland family, who, in turn, feel they can only protect themselves by killing Dwight. Only the Cleland’s are willing to kill Sam and her children, too.

Blue Ruin won the Fipresci International Critics Prize at Cannes, and it’s easy to see why. Saulnier’s film is patient and soulful—he stages wordless scenes beautifully, from the opening, dialogue free glimpse into Dwight’s life to the shocking bursts of violence that are impressively designed for maximum impact. It should also be noted that there are moments of really funny dark comedy throughout the film. Dwight’s plight is absurd, and he knows it. Whether he’s trying to explain to a cashier why there’s blood on his money or ruminating on his own actions, Dwight is resigned to the ridiculously dark and sad path he’s on.

Blair is perfectly cast as Dwight. His sad eyes (made somehow even sadder once he loses his feral look—a shaved, short haired Dwight looks like a horribly depressed middle manager) are never filled with the kind of righteous anger that a lot of revenge movie protagonists go blazing into battle with. He is a shrugging, melancholy murderer, an existential assassin with zero training and prone to getting horribly hurt while he carries out his deeds. It would probably be saying too much to posit that Blue Ruin is taking revenge on the classic revenge story, but it’s a expertly crafted story and executed, for lack of a better word, with a compassion that is a part of the film’s DNA.