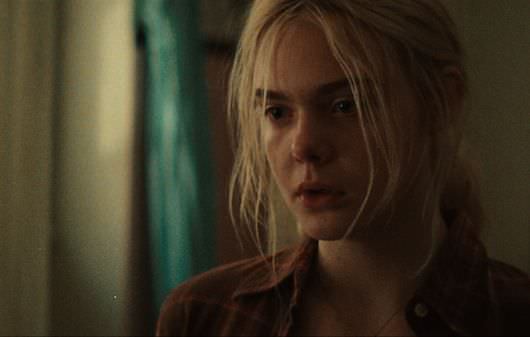 Sundance: Getting Low Down With John Hawkes & Elle Fanning

Elle Fanning is fantastic in Low Down, a film filled with superb actors. Fanning holds the center of a film as loose and atmospheric as the music it portrays, playing Amy-Jo Albany, the daughter of the brilliant, smack addicted jazz pianist Joe Albany (one of the best character actors in the business, John Hawkes.) It’s a beautifully shot film by experimental filmmaker and cinematographer Jeff Preiss about a perfectly ugly situation. Set in the decidedly unsexy, unhealthy world of the late 1960s and 1970s jazz scene in Los Angeles (a city that Joe and his fellow musicians complain doesn’t take the music seriously anymore), Low Down looks and feels unlike many other films based on talented, troubled musicians and the loved ones they drag into their doomed orbits. That is partly due to the fact that we are seeing the world of Joe Albany through his teenage daughter’s eyes, believably played without any hint of unnecessary flourish by Fanning, and partly because Preiss’s film moves in a moody, often surprising way, much like the music Joe plays so beautifully. 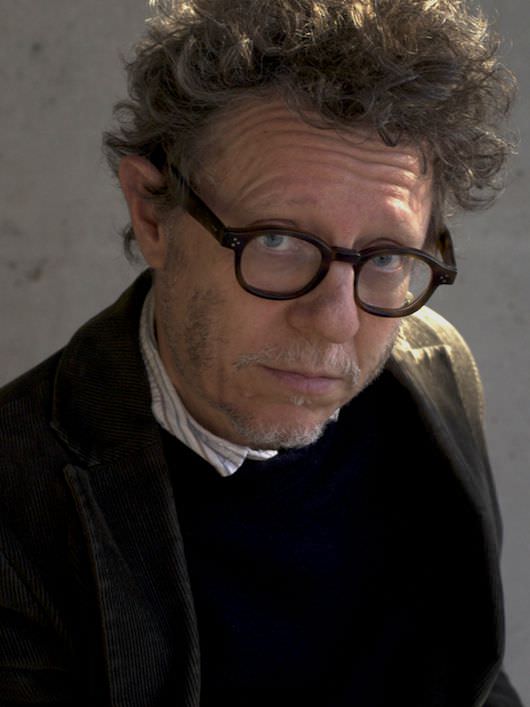 Preiss is not a household name, but he’s a filmmaker of exceptional daring and singular skills. In 1987 he began working as the cinematographer for the photographer Bruce Weber on a series of films. One of those films was Let’s Get Lost, a documentary about the legendary jazz musician Chet Baker. It was nominated for an Academy Award for Best Documentary.

Preiss clearly has a love for musicians, visible in almost every frame of this haunted story. He’s directed music videos for REM, the B52s, Mariah Carey and Iggy Pop. He is also a curious, intelligent collaborator. As a co-founder of Orchard, a co-operative exhibition and event space in New York’s Lower East side, Preiss worked with a diverse group of artists and intellectuals, including filmmakers, art historians, and critics, who created a disparate body of work over the project’s three-year run. This included experimental film, institutional critique, video scenes and political conceptual pieces.

So it should come as little surprise that Low Down doesn’t feel, or look, much like a traditional film. First, its subject Joe Albany, is little known to all but diehard jazz fans. He played with Miles Davis and Charlie Parker, but his drug addiction consumed his considerable talent to the extent that he wasn’t able to produce the kind of career that sustained other, equally talented (and occasionally equally drug-addled) musicians. Preiss’s cinematographer, Christopher Blauvelt, used a Super 16 mm camera to produce a beautifully dingy, smoky look that suits the film’s exploration of Albany’s relationship to his adoring daughter, his music, and his drug of choice, most of which takes place in a grungy Los Angeles flop house. Blauvelt won Sundance’s U.S. dramatic cinematography prize for his work here.

Adapted from Amy Albany's memoir from Albany and Topper Lillien, Preiss’s film opens with a flash forward over Amy’s narration—here comes Joe crossing the street with groceries, smiling up at his adoring daughter from the window of their greasy motel, when he’s accosted by two men and thrown against the back hood of a car.

Preiss isn’t overly concerned with whether or not we can tell when this moment happens, nor is he or his writers in a rush to go from career pinnacle to hideous low. That might have to do with Joe Albany’s own trajectory, which bumpy to say the least, yet included working with jazz giants and being an undeniably gifted pianist. Albany was an itinerant musician and father, whose life was circumscribed, and ultimately cut short, by his drug addiction. The next scene includes Joe on the piano while a trumpeter friend named Hobbs (an excellent Flea) plays a beautiful piece of music. We enjoy this moment through Amy, who watches, transfixed. It’s clear that Joe loves having his daughter in that room with him, watching him do what he does best. It’s the other part of his life, in which friends and collaborators like Hobbs are also a part, that Joe has no time for his daughter. It’s all the more heartbreaking because when clean, or simply not directly under the influence of heroin, the two of them are a pair. 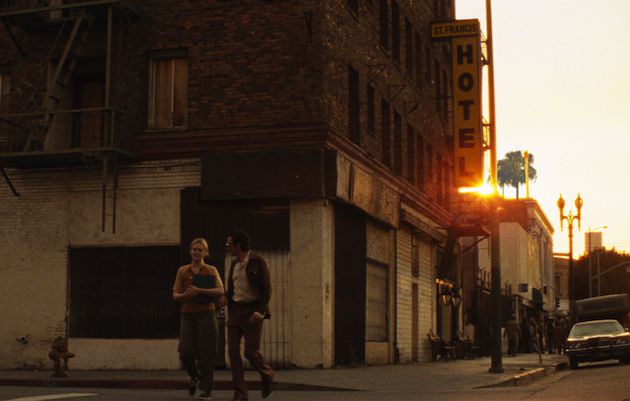 The scenes in which Joe plays piano are beautifully done. Composer Ohad Talmor has done a fantastic job pouring Albany’s music into the film, which unfolds something like a riff, moving forward and circling back on itself. Joe’s problems with the law (he’s under probation and any slipup can send him back to jail) and his problems with the L.A. music scene should force him to clean up his act, serve out his probationary period, and take his daughter to a more suitable place for them both. But Joe can’t break his addiction, so instead his breaks his probation and leaves his daughter behind as he heads to Europe, a more friendly place to jazz musicians and certainly an escape from the seedy Los Angeles he inhabits.

Enter a powerful Glenn Close as Joe’s mother, who takes her granddaughter in. It should be noted here that the production design and set decoration, by Elliot Hostetter and Chilly Nathan, and the art direction by Mark Robert Taylor, are exceptional. Joe’s flophouse room feels suitably crimped, depressing, and dirty. The flophouse itself is a wonder of greasy walls, strung out addicts leaning in lopsided doorframes (and their half-naked children wandering the halls), and a literal hole in the wall, turned into a dripping dwelling complete with jazz records and gramophone, inhabited by none other than Peter Dinklage in a cameo. Gram’s house, slightly bigger than Joe’s sty, looks precisely as you would imagine a woman of a certain age (and means') apartment in Los Angeles might look—patterned wallpaper, shaggy rug, colorful quilts, tidy kitchen, a big ashtray. It’s clear Amy would be better off here, but before long Joe returns from Europe, having once again run afoul of the law. His flippant attitude upon his return his heartbreaking (he assumes, correctly, he can simply move in with his mother and daughter), but the reunion is one of initial joy for both of “his women,” as he calls them.

In the end, the film rests on Hawkes and Fanning ability to make you care about each of them, and invest in the heartbreak without feeling taken advantage of or that the film is relying on melodrama.  Hawkes disappears into the role per usual, becoming this brilliant musician whose appetite for heroin devours his two other desires—to make music, and to be with his daughter. You might think it much easier for Fanning, 15-years old in real life, to disappear into the role of a teenage girl, but to do so believably, to actually simultaneously capture the wounded child and the besotted girl with her unorthodox, unquestionably charming dad, is a difficult task indeed. In a film filled with significant talent, including Lena Heady as Amy’s drunken, miserable mother, and the aforementioned actors of major pedigree, Fanning is equal to all of them. 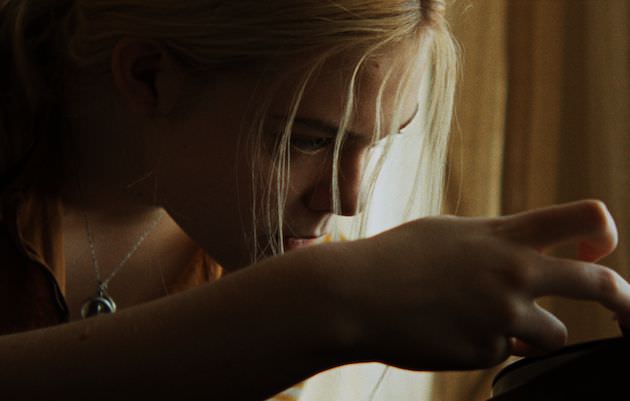