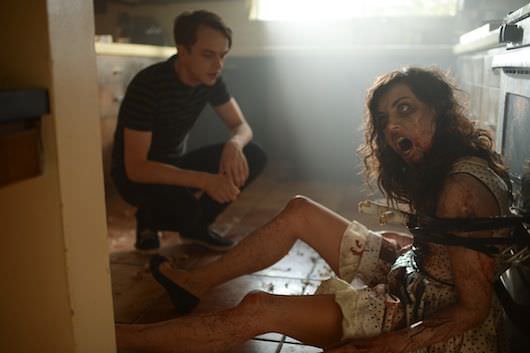 Last year we interviewed Jeff Levine, the director of Warm Bodies, a zom-rom-com (excuse us) about a young woman and the zombie she falls for. The premise was fresh and the execution commendable. Julie (Teresa Palmer) finds herself falling for R (Nicholas Hoult), a zombie who still seems to retain some flicker of his sweet human soul.

In writer/director Jeff Baena’s directorial debut, Life After Beth, that premised is tweaked slightly, and, crucially, casts as its titular zombie the comedian and actress Aubrey Plaza. Baena rounds out his cast with a bevy of comedic talent that makes this zom-rom-com (ugh) much more focused on the comedy part of the equation.

The film opens with Beth taking a solo hike in California (it's never a good idea to hike alone if you're in a movie). We're given a brief shot from what seems to be a stalker’s point of view. A minute of screen time later, we're at Beth’s funeral. It’s a smart move by Baena, wasting no time in setting up our premise—Beth is dead, but we know it won't be for long.

Her boyfriend Zach (Dane DeHaan) is heartbroken. He confides in Beth’s father, Maury (John C. Reilly), that there was so much he wished he had said to her. Both Maury and his wife Geenie (Molly Shannon) offer Zach solace and love. They’re all grieving together and it's all very sweet. Until, suddenly, they’re not grieving together at all. Oddly, Maury and Geenie stop taking Zach’s calls and won't answer the door. On a stealth mission to find out what the hell is going on, Zach peers through a window and sees something impossible inside the house; Beth.

Along with Plaza, Reilly and Shannon, there are other comic heavyweights in Baena’s film—Zach’s parents are played by Paul Reiser and Cheryl Hines—and you can almost imagine an entirely different film in which these talented actors play more than supporting roles. But Baena's movie is about Zach and Beth, and he teases a lot out of their surreal situation. Unlike Warm Bodies, where Nicholas Hoult’s R was clearly and irrefutably a zombie who managed to had a spark of humanity still left, nobody’s quite sure what Beth is in the beginning. For a while Zach believe he’s the mark of some dark, horrible hoax, and this confusion keeps everyone on edge, and in a comedy you want people on edge. Once Zach gets over his initial disbelief and fear, he sees Beth’s resurrection as a gift, a chance to say all the things he wanted to say, and begins to let go of his initial fear. Zach and Beth’s romance, which we learn was on the rocks before she died (from a snakebite, it turns out), finds a second life in her second life. There is a lot of very heavy petting, French kissing, and, eventually, sex.

Life After Beth has zero qualms with human-on-zombie fornication. When Beth starts to slightly decompose, Zach is so deep into his excitement at Beth's unlikely return, he brushes off her rotting cheek as ‘sunburn’ and continues their hands-on love fest (often in front of Maury and Geenie, awkwardly.) Even the sight of Beth’s hideous snakebite can't deter Zach from a dip in the pool and more kissing with his beloved. 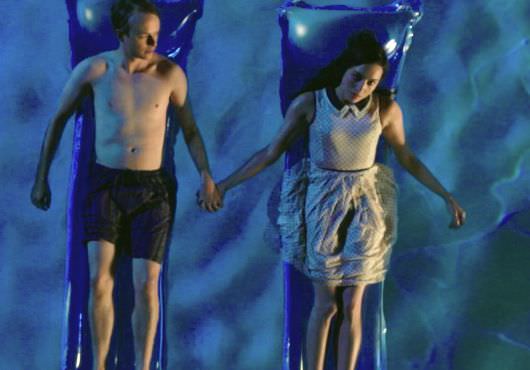 Another nice twist in Life After Beth is that the zombification process is slow and confusing—not just for Beth’s parents and Zach, but for Beth herself. Not only can’t she remember her own death, her focus flutters in and out, she’s prone to staring off into space with a blank expression, and, perhaps most troubling, suddenly has a love for smooth jazz. Zach tries hard to ignore as much of this stuff as he can, but there’s only so much sudden and inexplicable violence and saxophone solos one young man can take.

Large scale madness is soon to follow, but Baena keeps the story focused on Zach and Beth’s devolving romance. DeHaan makes the most of his role as the increasingly freaked out Zach, holding the screen with seasoned comedic actors, but it’s Plaza’s film—her journey from the sweet and daffy newly undead to freakishly strong, smooth jazz loving flesh eater is hilarious. Like Nicholas Hoult’s R, there’s still a little bith of the old Beth left in the monster, and it's from this struggle between her humanity and her monstrosity that Plaza pulls out her best bits. She performs admirable physical comedy here, but it's those brief bursts of the old Beth coming out of the mouth of Zombie Beth that get the loudest laughs. It takes a gifted comic and actress to make the word 'lavender' so ridiculously funny.