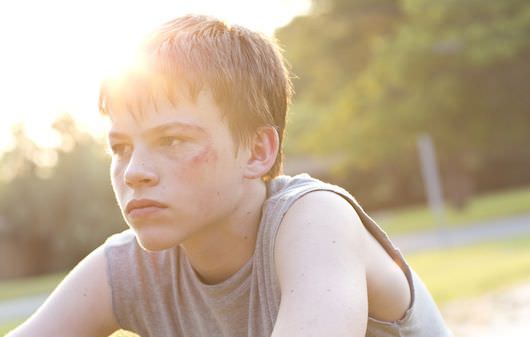 The first night in Sundance required a deep breath. The Credits is a little more than a year old, so this was our first year here and it’s all slightly overwhelming at the beginning. Although the Festival is a well oiled machine at this point (free shuttles, a slew of press and industry screenings to choose from, and now Uber, expensive as ever), for a first timer here it’s a lot to take in.

We got our bearings and that initial touch of anxiety melted away once the lights went down at the Holiday Village Cinema and the first chords of heavy metal sounded in Kat Candler’s Hellion.

The hellion in Candler’s film, which she wrote and directed, is a motocross loving 13-year-old named Jacob played by Josh Wiggins, who’s filled with resentment, rage, and grief. Candler's entire cast delivers strong performances, but the story hinges on the performance of Wiggins—if you don’t believe his pain, the entire thing falls apart. 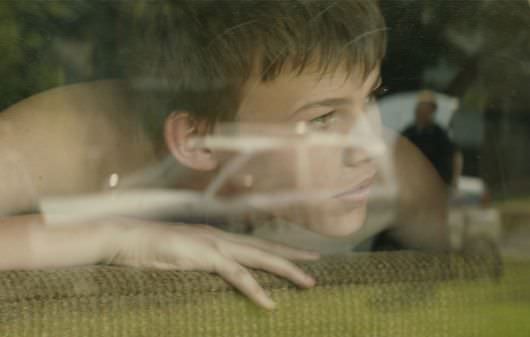 Wiggins is excellent, and he’s only helped by Candler’s handling of the engine of his suffering, his mother’s death. We only her in split-second shots of photos, and can glean how she died by a brief scene in which her husband, Hollis (Aaron Paul), places flowers by a roadside cross.

We’re never told exactly what happened, and Paul’s performance, which will be unsurprising to Breaking Bad fans, is equal to the young stars he shares the screen with. Hollis is a good man trapped inside a drunk, using his own heartbreak as an excuse to bury his pain and neglect his children. There’s a second son, 10-year-old Wes, played by Deke Garner, who everyone in the story wants to protect. It’s only his aunt Pam (Juliette Lewis, warm and strong, a perfect foil to Paul’s submerged sensitivity) who seems to have any clue how to actually raise him, which is exactly what she’s tasked with doing once Child Protective Services gets involved.

The film takes place in a Texas refinery town. Brett Pawlak’s cinematography captures both the visceral thrill (and religious intensity) of those Friday night high school football games and the flat, dusty horizon of blinking refinery towers. The second scene in the film, which takes place inside and outside of a high school football stadium, immediately places you in this world—football players on the filed perform in front of zealous parents while, outside in the parking lot, those kids no one’s paying attention to, including Jacob and Wes, are playing their own kind of game—with baseball bats and lighter fluid.

Candler has a deft touch. This is material that could be overwrought or melodramatic, but her handling of Jacob’s teenage misdeeds (pyromania, self destructiveness, generally sullen attitude), and perhaps more importantly, her handling of her actors, especially Wiggins, is so assured that the story never feels false. The huge hole in Jacob, Hollis and Wes’s life is swallowing them all up, but as Texas men (really, one Texas man and two boys), they are unable, or unwilling, to talk about it. A scene late in the movie, one that had been coming all along, is all the more intense because it was built upon all the things these heartsick characters were not saying to each other.

Candler worked on Hellion in the Sundance Creative Producing Lab, and received a $70,000 grant from the San Francisco Film Society/Kenneth Rainin Foundation. The time put in at the lab, as well as the grant money, was well spent. This was a fantastic first film to see at Sundance.