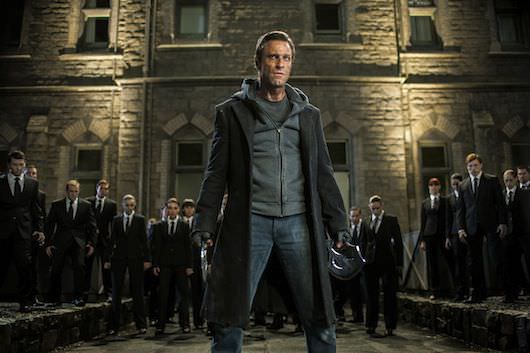 “I ought to be thy Adam; but I am rather the fallen angel, whom thou drivest from joy for no misdeed.” So said Frankenstein’s monster, some 196 years ago in 1818 when Mary Shelley anonymously published her groundbreaking book “Frankenstein” in London. In nine days, her creation will loom larger than ever before when he enters IMAX theaters on January 24 in Stuart Beattie’s I, Frankenstein.

Writer/director Beattie’s film, based on Kevin Grevioux’s graphic novel (who co-wrote the film) focuses on a modern day Adam (Aaron Eckhart) who gets caught in the middle of a war between gargoyles and demons, each desperate for the secret of his immortality. This new take on Mary Shelley's classic monster has been rendered on an epic scale,  digitally re-mastered into the IMAX format. Due to IMAX’s immense (monstrous?) screens, Viktor Frankenstein's monster will dominate the audience’s visual field. 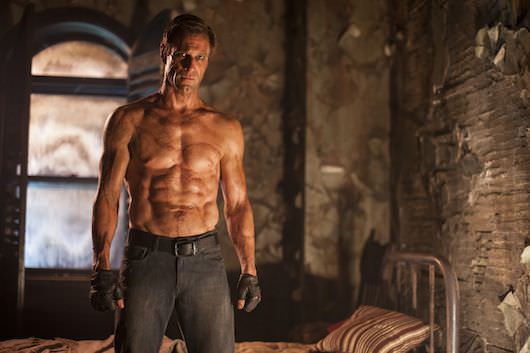 Frankenstein’s Monster Bigger Than Ever

In fact, IMAX screens have no visual frames—they are so high and so wide they eclipse your field of view. Most films you see in the theater are presented at an aspect ratio of 2.40:1. This means that the image is 2.4 times wider than it is tall. As spectacular as seeing a movie on the big screen is, the 2.40:1 delivers a cropped portion of the image that was captured by the movie cameras during production. What IMAX does for a film like I, Frankenstein is allow Beattie and his team to use a lot more of the images they originally captured. For those directors that use IMAX cameras during production (like Christopher Nolan for The Dark Knight Rises), they have the capability of showing their films at 1.43:1, which gives audience approximately 40 percent more of the original image. For I, Frankenstein, which brought IMAX in after production wrapped, they are still able to goose their aspect ratio up to 1.9:1, which can give viewers up to 26 percent more of the image.

The theater’s patented speaker system delivers a wider frequency response—this means as Adam finds himself in the middle of an epic battle against two immortal races who don’t seem to care much for humanity, the experience in the theater is not just hearing the battle but feeling it as vibrations.

Sound is such a crucial part of the viewing experience, and is a major reason why going to the movies is such a powerful experience. Unless you own your own home theater, and we do mean theater, you simply cannot duplicate the acoustics and speakers of a movie theater, let alone an IMAX theater. Fantastic sound is so hard to duplicate in other environments because sound waves are altered by their listening environment, as well as by the mechanism they’re being produced by. This simply means that sound can only be as clean and as powerful as the room and quality of the source allows.

To watch I, Frankenstein in an IMAX theater is to sit in a space that’s very geometry has been patented. The shape, angles and dimensions of the room are bespoke. The theatre architecture has also been customized and enhanced—from state-of-the-art soundproofing to precise schematics for where every speaker in the house is. This creates a listening environment that can deliver a result so precise that, as IMAX says, “you can hear a pin drop from across the room – and know exactly where it fell.”

How is a Film Digitally Re-Mastered into IMAX After It’s Been Made?

The digital re-mastering (known as DMR) is a process invented by IMAX that can be done in post production or, as is happening increasingly, IMAX can join the production process from the beginning.

IMAX will send a team to the production location as well as bring the filmmakers to the editing bay of their DMR facilities to re-mix the sound and adjust hundreds of visual details in every frame of the film, which includes brightness, contrast and saturation. Filmmakers have shot parts of their films with IMAX cameras, while many directors convert their films to fit the IMAX experience in post. The DMR process enhances detail and resolution, removing what is referred to as ‘digital noise’ from every show.

The results speak for themselves.