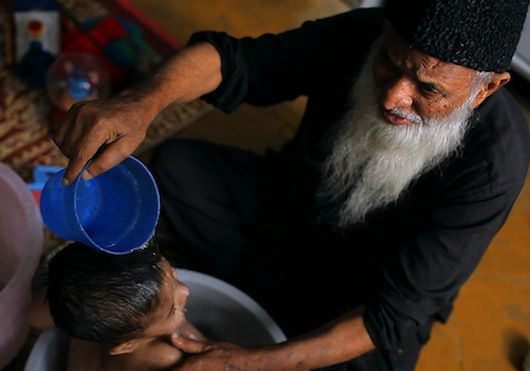 From Taliban-Infested Pakistan to Sundance Lab to Screen:These Birds Walk

Bassam Tariq and Omar Mullick teamed up to make a documentary that would change their lives. They spent three years, on and off, in Taliban-infested Pakistan making These Birds Walk, a cinema verité look at young orphans and runaways in a Karachi children’s home. The home is run by Abdul Sattar Edhi, whose group runs about 300 centers throughout Pakistan. But the focus of the film is less on Edhi and more on the kids, particularly a young boy named Omar who has run away from his family's home in Taliban country, and on an ambulance driver named Asad whose job requires him to transport not only the city’s injured and dead but also kids like Omar.

After success on the festival circuit, These Birds Walk is being released to markets throughout America, and not just in obvious film hubs like New York and Los Angeles, but in the south, Midwest, southwest, and Pacific Northeast.

Tariq (who was born in Pakistan but left for the U.S. at age one) talked about the risks and rewards of making a film that set out to tell a different story about the Muslim world, one that looks to the most neglected group trying to survive in war-torn, impoverished places: the children.

You spent three years in Pakistan making the film. What changed during the process and why did you keep going back?

We were in Pakistan from 2010, off and on. We kept going back because we just weren’t getting what we wanted. The stakes were high for us. We felt like, if we’re gonna do this, let’s do it right. This is a world we call home. For us, this was everything we loved about our region, our people, and we wanted to make sure we were doing it with care and sensitivity. We never wanted to appear condescending and showing our privilege. We had the privilege of being from the states. We weren’t stuck in these terrible conditions that these kids were and that the driver was. We knew these kids would do anything for us. We had to be careful for them, and not have them doing things just because the cameras were on.

The chase scene, when Omar takes off from the van and bolts through a crowded market and you run after him — how did you keep filming in that situation? It’s an amazing scene.

We knew Omar wanted to visit the Shrine which he had never seen before, but we had no idea he was going to run. He was stopped by a security guard, and we ran past people with him, and at one point the lens was knocked against someone and it had to be adjusted while running, just to keep up. We were bumping into people. At one point my wires were coming out and I was sticking them back in as I ran. Generally speaking, people in the country were forgiving of our blunders.

There was so much tension in many scenes, like the drive into Taliban country to bring Omar home. How much danger were you in?

Karachi is notorious for ethnic violence and gang warfare. When the police are running from the fighting, the ambulance drivers are going in. Edhi drivers used to be safe from the gun violence since they were apolitical and working for a good cause, but that’s no longer true. Now ambulance drivers are dying in armed robberies and bombings every week. They decided to take Omar home right before dawn because they wanted to get him home as quietly as possible. I was squatting in the front of the van so we could get both the audio and video. Having limitations sometimes helps. There was that moment when two kids start crying and we never cut out of that. Usually, you go wide, then close, but Omar [Mullick] kept it wide; he didn’t want to blow the moment. 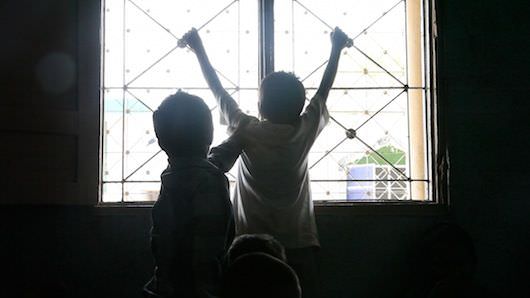 How did you deal with ethical dilemmas — did you ever want to intervene? It seemed like you wanted to help Omar when you dropped him back with his family.

There was a problem after we dropped off Omar. We were devastated. We didn’t expect it. It complicated the question of what home is for these kids. We pushed to get them home, which is difficult due to bureaucracy and very little structure. There’s no protocol for them to stay; it’s the kids’ prerogative, which would never happen in the states. There was the realization of the respect Omar had for his family. He never said that they didn’t care. It was just that now they had another mouth to feed. There’s just so much struggle.

How did you tread such delicate subject matter and cultural differences for all the time you were working there?

It was important for us to push as far as we could so we could show the region and the people in a way that many people have not seen. We spent a long time building trust with our subjects. We tried to be discreet as possible. Knowing the language of where you are shooting is a huge plus. I really believe that the access and trust we were able to get was because we spoke and looked like everyone else.

What is the significance of the title, These Birds Walk?

There’s something interesting about the county. I came in as a diaspora kid wanting to tell this story and then I realized: they don’t need me. They don’t need my pity. If anything, they felt sorry for me, being there. The infrastructures are limited but I remember the poignant conversation Asad recounts during the blackout, about a kid who couldn’t eat with his own hands but could do computer programming? I realized that these kids may be limited. Maybe he can’t soar like a bird but he can walk. He can still make it. They’re fine on their own, they’re not looking for our help. If anything, they’re looking for God.

How did the relationship with Oscilloscope come about?

Oscilloscope came onboard because we were part of the Sundance Producer’s Lab in 2012 and we met David Laub and just hit it off. We’re both weird films geeks and have a similar sensibility. He asked to see a cut of the film. We were wary, but we showed him and he loved it and took it. They built a festival strategy for us. Now it’s just about getting people to see it. Hopefully, it’s got some momentum. If you build it, they’ll come