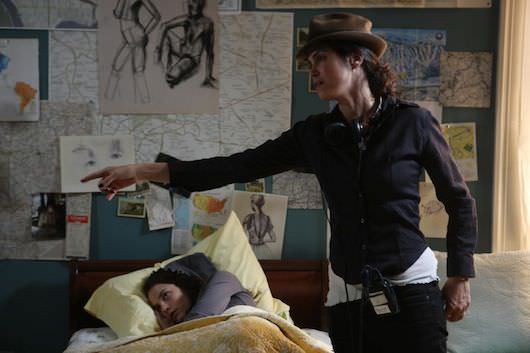 Chatting With Writer/Director Francesca Gregorini About The Truth About Emanuel

In her latest film, The Truth About Emanuel, which opens today, Gregorini gives us a portrait of two women, one just about to turn 18 (Emmanuel, played by Kaya Scoldelario), the other a young single mother (Linda, played by Jessica Biel) who meet in a moment of mutual transformation and grief. Emmanuel has struggled her whole life with her mother's death during her birth. When Linda moves in next door, she's struck by how much she looks like her mother, and eagerly agrees to babysit her infant daughter, Chloe. But Linda has secrets, and soon their lives become irrevocably intertwined.

The film is dominated by these two complicated, emotionally raw women—it is that rare story in which it's the men who play a supporting role. It is also a film that, on a very modest budget, manages to pack a surprisingly vivid visual punch. Blending two powerful female performances with elements of fantasy, Gregorini's story, which she co-wrote with Sarah Thorp, manages to feel like an independent, female-driven feature with big budget special effects.

We spoke with Gregorini about her long journey creating this film, drawing inspiration from her own life, and what happened when a scene that called for a little rain got much, much more than that.

How are you feeling with the film finally coming out?

That’s a good place to start. How long have you lived with this story?

It’s been probably been a three to four year process. From the idea to the writing to the long haul of financing [laughs]. On indie films, that’s really what takes the longest. It’s not the writing, it’s not the editing, it’s the where’s Waldo of the money. Which is why I always say to the young guns coming up behind me, just make sure that whatever film you’re going to make is one you’re passionate to tell. Because in those moments, and there will be many, when the film falls apart or you’re getting no traction, that passion is the only fuel that will keep you going.

You originally wrote this film for Rooney Mara, right?

What happened was Tatiana von Fürstenberg and I did a film called Tanner Hall in which we discovered and cast Rooney Mara in the lead, and in the process Rooney and I became close friends. When that movie was over, neither of us had a job, so I said, ‘I’ll write you your next movie.’ So the character of Emmanuel is really, in some ways, shaped around the Rooney that I know. Her dark, biting sense of humor, her wit and intelligence—the whole thing started from wanting to write a film for Rooney. This film has definitely been through a thousand-and-one incarnations. But I have faith that, in the end, you make the movie you were meant to make with the people you were meant to make it with.

Tell us about the creation of the screenplay—where did you draw these characters from?

As a writer what you have is access to is yourself, and I think the character of Emmanuel is delving into the pool of my youth and issues I dealt with, which is carrying people’s secrets, especially adult’s secrets, and getting pulled into their fragile, fictional worlds. My mother was in and out of my childhood, and that longing for a connection with a mother figure obviously plays strongly in Emmanuel, and causes her to do things someone might not do if they didn’t have that missing piece in their life. And the character of Linda grapples with issues that I’ve had to deal with in my adult life. I’m not quite as mad as Linda [laughs]. It's two fractured pieces of my psyche put into these characters and they end up doing this dance. 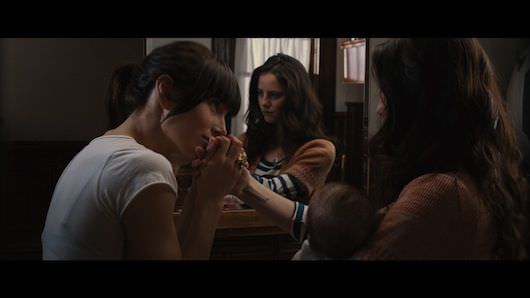 What’s also interesting, and quite refreshing, is this is a film dominated by women, and not just women in search of men.

It's not like I necessarily set out to do that, but I am a woman, and growing up there were so few movies where the woman was the hero. I’d say ninety-five percent of the time it’s the boy’s journey or the man’s journey and the woman is the girlfriend or the mother or the helper. I think it’s important that there be cinema out there where it is the woman’s journey, and the characters of the men are there in the supporting role. I didn’t set out consciously to do that, but that’s just my experience as a woman.

Emmanuel and Linda have a really complicated relationship. Their chemistry is…nuanced, to say the least.

What’s interesting about people is the same thing I find interesting about characters—they’re layered and complex. These two women do have chemistry, and there are some levels of sexual undertones to that chemistry, and then there’s the mother/daughter chemistry—there’s just so many things that are being played out. It's like when you meet someone and you really like them, and where you take that relationship or what form it takes is kind of up for grabs in the beginning, but a connection is there and that connection is real. Because both of these characters have this missing piece, this broken part to them, they fit together like puzzle pieces. That’s very powerful, and I think that that happens in life, too. You don’t know why you’re so drawn to someone, and perhaps you’ll never know because it’s so deep in your subconscious or unconscious. 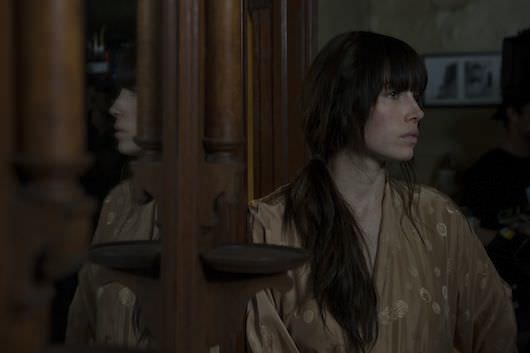 This is not a Jessica Biel we have seen before.

You realize that if you’re a beautiful woman, you are type cast in this town, and it’s hard to get an opportunity to sink your teeth into more juicy material. She has some serious acting chops.

There's a remarkable tightrope act until the first big reveal happens. That’s a pretty high degree of difficulty you set for yourself.

That never troubles me, I’m only troubled when I’m uninspired, and I was really inspired by this concept, and by having the reveal happen early and then having the movie be about the three of them and that dynamic. Because the more typical way of doing this type of film is you don’t do the reveal until the very end. For me that’s a less interesting type of movie. What’s interesting to me is what happens after the reveal. How do these two characters dance this dance? Who’s going to let the other drop? To me the collusion between them is what’s interesting.

Do you have any memories of days that you just felt like, ‘well, this is nuts’?

Definitely the water sequence day was the most lunatic moment. Because we were on such a tight budget, and then the crane we rented was not big enough to lift the reconstruction of Chloe’s room, we had this moment where we asked, ‘Do we risk it and potentially impale the actors with the crane falling on them [laughs], or do we pull the plug?’ So of course I pulled the plug, assuming insurance was obviously going to cover us for the crane, but apparently that was a ‘judgment’ call, and they don’t cover judgment calls. So had I let the actors perish and everyone in the tank get electrocuted, then we would have been covered, but because I chose to not kill everyone for art, we had to basically eat that cost, which really killed us.

That's frustrating me, and I wasn't even there and had nothing to do with it.

That day of trying to sink a room and having people in scuba gear bringing air to Kaya, who’s not the best swimmer to start off with, and she has an ear infection…I think what you learn in production is that anything that could go wrong is one hundred percent going to go wrong, so you just have to have that acceptance from the get go. So your job is to keep your hat on and problem solve for every minute of every day.

And another funny moment, well, it wasn’t funny at the time, but there’s a shot with Jessica and Kaya lying down and it’s supposed to rain on them. We had gotten a rain tower, and it was three in the morning and freezing out. I asked if I could see the rain on the stand-ins, and then I thought, ‘Are you really going to soak the stand-ins at four in the morning when it’s really cold out? This guy operates rain towers all the time, the lead actors will be fine, blah blah blah.’ So cut to the shot—thank God we shot some test runs before the water tower, which is what ended up using in the film—when the rain tower actually turned on, it was a fire hose of water that was choking our actresses. You have to take every precaution, and my kind nature had the better of me so I didn’t wet the stand-ins, but hey, it’s fine, it all somehow works out. I think dealing with water on this movie was the biggest hassle of all.

Well it’s the rare director who protects the stand-ins and blasts the leads with fire hose-strength water.

After the disappointed and apologizing for the mayhem, it was really funny to watch in the edit room. The look on their faces when they were getting pummeled with about fifty-gallons of water…

Featured image: Francesa Gregorini on the set of The Truth About Emmanuel. Courtesy Tribeca Films