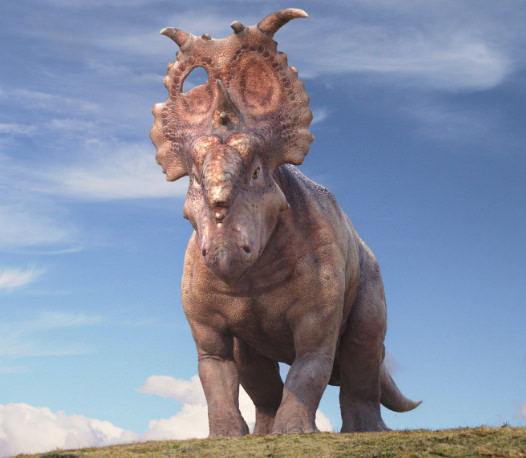 Video Featurette: Behind-the-Scenes With the Creators of Walking With Dinosaurs

Ever since June of 1993, audiences have grown to expect a lot out of their dinosaur movies. You can thank Steven Spielberg and Jurassic Park for turning audiences into very exacting judges of what does, and does not, look like a believable dinosaur on screen. Jurassic Park was a huge leap forward in what CGI can do for a film, but for dinosaur fans (which is just about everyone who was ever a child at one point), it was a mind-blowing trip 160 million years into the past, a chance to see what we'd always dreamed of seeing—dinosaurs. Yes, it was a movie, but so was Casablanca. Some movies just seem to mean more, for their own, specific reasons.

On December 20th, the most realistic dinosaurs to have ever lumbered, sprinted, flown, charged or stomped onto the big screen will make their debut when Walking With Dinosaurs premieres. The film is an incredible collaborative effort between Twentieth Century Fox, design, animation and visual effects shop Animal Logic, Evergreen Films and BBC Earth. Centering on a curious scamp Patchi (a Pachyrhinosaurus), who grows into the leader of his herd, Walking With Dinosaurs promises to be the most realistic romp amongst our long lost Late Cretaceous friends ever captured on film. This isn't Jurassic Park's world of dinosaurs-meeting-man, this is the dinosaurs story, and every detail of their world, including them, is captured in all its photo-real glory.

Directed by Neil Nightingale and Barry Cook, from a script by John Collee, Walking With Dinosaurs is both a technical wonder and pure, fundamental filmmaking. The film utilizes James Cameron's 3D technology company Cameron Pace Group and their Fusion 3D system, but it was also filmed live in Alaska and New Zealand. The film crew utilized Crow Creek Mine near Girdwood, Alaska and the Kenai Peninsula, to match the look and feel of the period.

Twentieth Century Fox gave us this fantastic behind-the-scenes footage of the creation of some of the incredible dinosaurs that populate the film. There might be no better film to take your children to this holiday season. Or, if you're anything like us, you don't need a kid to enjoy a film like this, you can just take the one inside you.

Walking With Dinosaurs "Build-A-Dino" from The Credits on Vimeo.