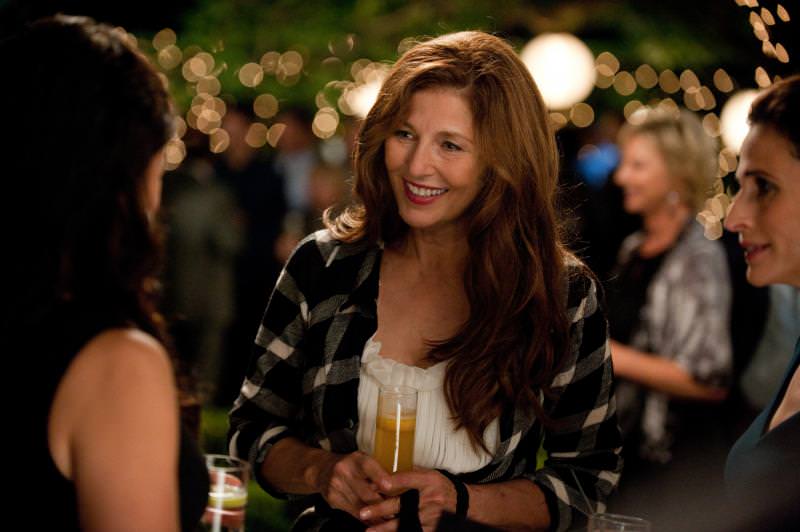 “My Muse”: Directors & Actors Who Keep Working Together—Part I

The Wolf of Wall Street marks the fifth collaboration between director Martin Scorsese and star Leonardo DiCaprio. But not all frequent director-actor pairings are made in A-list heaven. Many high-profile directors collaborate repeatedly with an actor who simply shares a similar vision, understands their method, or can read between the lines of a script—no matter if the actor is famous or a B-lister. In part one of a two-part series, the Credits takes a look at four frequent director-actor pairings you may not have realized have been right under your nose for years to discover what makes those collaborations tick. You can read part two here.

Key to collaboration: Simmons’ ability to act on his feet

“Woody Allen and Alfred Hitchcock had all these beautiful women as their muses and I have J.K. Simmons. He’s in every movie I do. He’s just my voice.” That’s how Reitman described his admiration for Simmons in a 2009 interview on the Trailer Park film blog. The veteran character actor, with a face everyone knows but can’t put a name to, brings extensive theatrical training (including song and dance) to the job and with it, a vast range of characterizations. “What I try to do is be adaptable to different writers, different directors, and different actors that I work with. I just try to be a team player,” Simmons told Filmschoolrejects.com. It might be said that Simmons’ agility helped ground Reitman early in his career when the director was still mastering his craft. After completing Juno, his second feature, Reitman remarked to AskMen, “Filmmaking is a completely imperfect art form . . . mistakes happen, accidents happen and truly great films are the results of those mistakes and the decisions that those directors make during those moments.”

Scene to see: Mac (Simmons) learning from his daughter Juno (Ellen Page) that she is pregnant in Juno. The actor’s comedic and dramatic timing, as well as his deadpan line reading after discovering who the father is (“I didn’t think he had it in him.”) is pure gold—watch it 36 seconds into this trailer:

Murphy’s intense blue eyes are his trademark feature—and aside from the acclaimed intensity he brings to his characters, may be his most bankable asset. Nolan calls the actor’s baby blues “extraordinary,” and after auditioning Murphy for the Caped Crusader role in Batman Begins, chose to cast him as Dr. Johnathan Crane, telling Spin magazine “[I] kept trying to invent excuses for him to take his glasses off in close-ups.” Appearances aside, what has kept the pair joined at the hip through four multimillion dollar blockbusters is their mutual belief that big budget films are built on the small moments actors bring to them. “Great actors can find the depth of a characterization that adds to the richness of the film,” Nolan told Filmcomment. Talking with DGA magazine, he said, “If an actor tells me they can do something more with a scene, I give them the chance, because it’s not going to cost that much time. It can’t all be about the technical issues.” (Indeed Nolan shoots with only one camera, does multiple set ups in a day, and eschews CGI as much as he can.) Murphy, who yearned to work with Nolan after seeing the director’s Memento and Insomnia, remarked to Filmbase, “He trusts actors and he allows you the space to create. He is very aware of every single tiny detail.”

Scene to see: Murphy’s transformation from Dr. Spencer Crane to the Scarecrow during his prison interrogation of former partner Carmine Falcone in Batman Begins. Murphy’s buildup from fierce cool to full roar and back again is tour de force.

Holofcener, the writer-director sometimes referred to as “the female Woody Allen” makes highly personal films with characters that play off her own neurotic personality. Across the five films the pair has made together (all of Holofcener’s feature films) the director claims Keener just gets it. “Catherine’s really natural,” Holofcener told the Palm Beach ArtsPaper. “She doesn’t have a movie voice, or a movie face, nothing’s fake. She’s got a great sense of timing and humor, which is really imperative, because the material can be so serious and self-involved.” The duo, who refer to each other as “my muse,” identify as “teased and awkward” girls who weren’t cool as kids. “Our shorthand is laughter,” Keener said in More magazine. “I was drawn to the writing [of Lovely & Amazing],” she said in ArtsPaper. “It made me think, ‘I would love to hang out with this woman.’”

Scene to see: Keener as Michelle in Lovely & Amazing, getting hit on by a much younger Jordan (Jake Gyllenhaal) while applying for a job at Jordan’s one-hour photo store. Keener simmers with hostility until her character’s insecurity gets the best of her and she gives in—check it out at 1:19 in the below clip.

Key to collaboration: Mutual respect for the actor’s method

Hoffman first caught Anderson’s attention with his work in Scent of a Woman (1992) opposite Al Pacino. When it came time to cast Hard Eight, his first feature film, Anderson reached out to the young actor who holds a BFA in theater arts from NYU. “It was one of those ridiculous moments when you call someone and say, you’re my favorite actor,” the director told The New York Times. Anderson subsequently wrote the part of the creepy sound technician Scotty J. in Boogie Nights expressly for Hoffman and did the same with Phil Pharma, the saintly nurse in Magnolia. Though supporting roles, Hoffman’s scene-stealing turns were a natural byproduct of his stage technique—and the  actor’s quest for truth. “He is committed to art and not in a phony grandstanding way,” Anderson told The Times. Hoffman gushes right back in Esquire: “Paul’s honest about who humans are. You gotta have an honesty and a humility about human nature and that it’s not about you at the end of the day.” By the time of The Master, the two close friends had spent a decade apart and were itching to reunite. “The biggest reason for this film, for me, was to make something with Phil that we built from the ground up,” Anderson told Quickflix. “We’d worked together before, and it was a couple weeks here, or ten days. It never felt satisfying enough. I wanted to work with him on a larger scale and in a deeper way.”

Scene to see: Scotty luring Dirk Diggler (Mark Wahlberg) outside to see his new car and then planting a surprise smooch on the young stud before being rejected in Boogie Nights. You can just feel Scotty’s mental wiring short-circuiting as he tries to regain his cool.