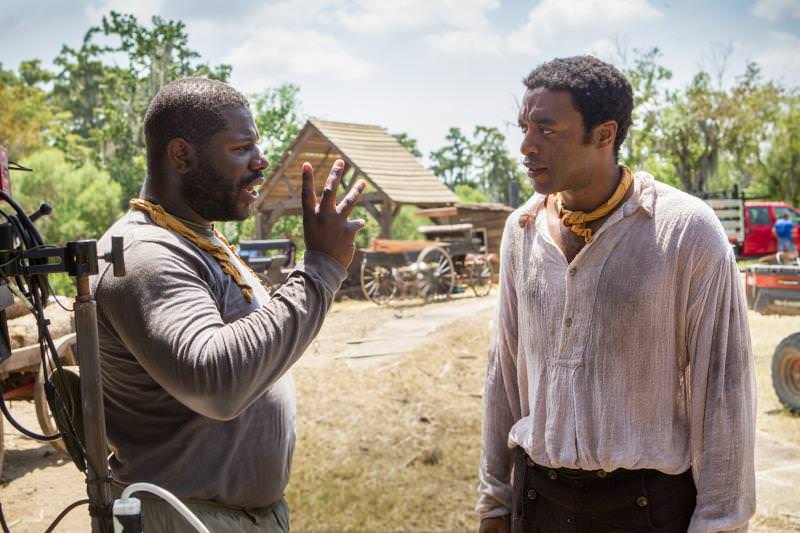 Unless you’ve gone to a screening, you’ve probably not gotten a chance to see David O. Russell’s American Hustle (December 20) or Martin Scorsese’s The Wolf of Wall Street (December 25) yet, but film critics have, and they’re being mentioned as two of the best films of the year. They join the robust list of great movies that have already been released this year, creating a glut of truly remarkable films that are giving critics from New York to Los Angeles (and points in between) a remarkably hard task as they hand out their awards.

How do you decide between films that break new barriers in what’s possible in the medium (Gravity), films that look, without flinching, at America’s lowest period and deliver an astonishingly well crafted story (12 Years a Slave), and the work of auteurs, actors and crew performing at the very top of their game (Her, American Hustle, The Wolf of Wall Street, etc.)? Or what about films that seemed to come out of nowhere, like rising star Ryan Coogler’s poignant, heartbreaking Fruitvale Station?

Joining the ranks of film critic circles and associations to release their year-end awards is the venerable American Film Institute. AFI doesn’t choose winners in specific categories, instead, their jury process (which includes film scholars, artists, critics, AFI members and trustees) select their ten best films and television shows from the past year, providing an analysis of each of their selections. In a year like 2013, this seems very wise indeed.

As one of our favorite film critics, Slate’s Dana Stevens, wrote yesterday in her own “best of” piece, “It was an outrageous year of cinematic bounty.” Here’s a list of some of the most recent awards given out among film critic circles, associations and the AFI itself. And to Golden Globe and Academy Award voters—good luck.

The American Film Institute was created to preserve the history of motion pictures as well as educate future filmmakers at it’s AFI Conservatory. Founded in 1967, their very first training program included legendary directors like Terrence Malick and David Lynch.

The New York Film Critics Circle was founded in 1935, and is an organization made up of film reviewers from New York-based publications (daily newspapers, weekly newspapers, magazines and qualifying online general interest publications).

American Hustle won their Best Picture award, while Best Director went to Steve McQueen for 12 Years a Slave, Best Screenplay to Eric Singer and David O. Russell (again for Hustle), while Robert Redford (All is Lost) and Cate Blanchett (Blue Jasmine, get used to seeing her name) took home Best Actor and Actress. Our interview subject in yesterday’s piece, K.K. Barrett, won the Best Production Design award for his work on Her. The full list can be found here.

The LAFCA was founded in 1975—each year it honors outstanding cinematic achievements as well as paying tribute to industry veterans and highlighting the work of new talent.

This year, Gravity and Her tied for LAFCA’s Best Picture award. Alfonso Cuarón was awarded Best Director, while Bruce Dern won Best Actor for Nebraska, edging out Chiwetel Ejiofor for his role in 12 Years a Slave.  Ejiofor’s co-star, Lupita Nyong’o, won Best Supporting Actress for her heartbreaking turn as Patsey, while Richard Linklater, Julie Delpy and Ethan Hawke were awarded Best Screenplay for the final film in their Before trilogy, Before Midnight. See the full list here.

The BSFC was founded in 1981 to make “Boston’s unique critical perspective heard on a national and international level.” One of its members, Loren King, frequently writes for The Credits.

Founded in 2002, the WAFCA advocates freedom of expression in both film and film criticism, “including the individual critic’s right to disagree with the opinions of their colleagues, and to promote public awareness that film is an important art form as well as a means of entertainment,” as their site states.