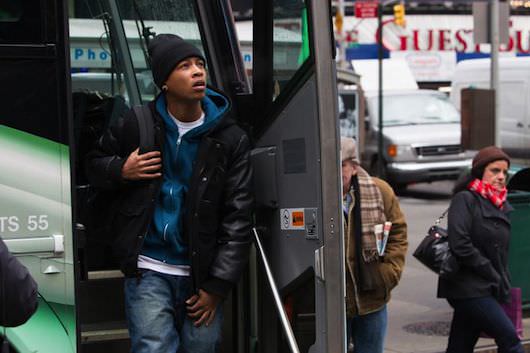 There’s some great films coming out, and there's still a lot of greats left in theaters.  Let’s take a quick tour of what’s out there so you have an excuse to take a two hour (or more) break from the festivities and enjoy some quality time with your cinematic friends.

Thor's back in the second installment and he's got a whole lot of trouble brewing. We interviewed Adewale Akinnuoye-Agbaje, who plays Kurse, one of the baddies who tries to take our hammer-wielding hero out. Loki (Tom Hiddleston) is back—will he help a brother he feels betrayed him fight off what seems the whole universe?

It seems like everybody in the world has seen this film already, but if you avoided the crowds on opening weekend, go catch Katniss return for what critics are saying is an even more enthralling film than the first. New director Francis Lawrence has proven his chops here with outstanding action sequences, and new additions like Philip Seymour-Hoffman, in a great turn as the new head gamemaker Plutarch Heavensbee, have made this second film in this incredibly popular franchise a smash hit.

Idris Elba stars in this biopic of South African President Nelson Mandela, which chronicles his coming-of-age and eventual imprisonment for 27-years before taking the highest office in the land and rebuilding a fractured nation.

We introduced you to the talented team behind Disney Animation Studios' Frozen, now grab the kids and go see this stunner on the big screen.

Everyone was curious why an auteur like Spike Lee would bother remaking an already fantastic film, South Korean director Park Chan-wook's Oldboy. Well, the movie's out and you can be the judge of whether the effort was worth Lee's talents—accounts thus far say the movie is kinetic, scary, and good. Oldboy's the story of Joe Doucette (Josh Brolin), a man who is kidnapped and held hostage for 20 years in solitary confinement for apparently no reason. But there is a reason, and Chaney (Samuel L. Jackson) is the man who knows what it is.

This is a contemporary adaptation of Langston Hughes' play, starring Jacob Latimore as Langston, is a boy from Baltimore who travels to New York City to spend Christmas with estranged relatives—Reverend Cornell (Forest Whitaker) and Aretha Cobbs (Angela Bassett). Determined to get home to his single mother, Naima (Jennifer Hudson), Langston sets off on a journey that will change his life.

Vince Vaughn plays a man who finds out he's fathered 533 children from sperm donations he made twenty years ago, with 142 of the now twenty-somethings suing to find out his identity. That inspired us to create this Cinematic Cryobank, where every donor is an iconic movie character—now you can go see the film itself and see Vaughn manage to be both hilarious and heartwarming.