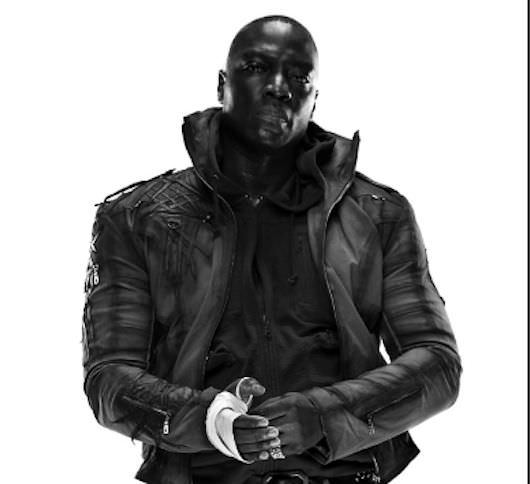 Adewale Akinnuoye-Agbaje was born in London, the son of Nigerian immigrants.  He has a law degree and speaks four languages, but his intensity, deep voice and powerful 6'2" physique have him cast most often as a bad guy, from a fierce prisoner in HBO’s Oz to Heavy Duty in G.I. Joe: Rise of the Cobra. On ABC’s megahit Lost, Akinnuoye-Agbaje played the conflicted, beguiling Mr. Eko, who quickly became a fan favorite. In Thor: The Dark World he plays Algrim, one of the Dark Elves, who sacrifices himself by being transformed into a monster called Kurse. Akinnuoye-Agbaje explained why he would rather play a villain than a hero, and how looking in the mirror helped him create his character.

The Credits: Is it more fun to play the villain than the hero?

Always! You've got carte blanche to do whatever. There are no boundaries or limitations that are tied to being the hero. There's so much more scope. But I never look at the characters I play as being villains because if you do, you can make stereotypical choices or make them into caricatures. I just look at what their mission is as a character and I play it like that. But to be that antagonist, for me it's a joy. I revel in it, whether it's in the cosmos or in a prison or in a jungle. It's great.

Your character may be on the other side from Thor, but on his own terms, he’s ultimately very loyal to his people, undergoing a powerful transformation for noble reasons. How do you think he sees himself?

I look at the motive of the character first. The Dark Elves were the scorned victims. Their world as they knew it was destroyed by the Asgardians. There was just one point within this celestial moment when they could re-establish their race and population. So this alien creature is so committed to his mission and his commander that he is prepared to lay down his own life. It is a marvelous part. I talked to [director] Alan Taylor and the Marvel executives, really trying to bridge the transformation from Algrim to Kurse. I didn't want to create a quintessential beast. To do that symbolically and aesthetically, we decided to maintain the blue eyes of Algrin. Initially, there was talk of giving him red, demonic eyes. But in order to keep the audience invested in Algrim within Kurse, we kept the eyes. And we allowed him to talk. Not just talk, but in an agonized way because we wanted the audience to feel it was a painful transformation, with each breath painful, to show the loyalty and agony he felt. We see him protecting the leader of the Dark Elves, caring for him, healing him, telling him to rest so they can complete their mission. These were all things I was intent on trying to convey so that we saw his journey. Whether you liked him or not, you could at least understand where he was coming from.

They just want their race to continue.

Exactly. Hopefully, we conveyed that. There are a lot of characters in this movie, so to be able to put in a rich arc like that that within a massive tent-pole movie was really great, and I really commend the director for trying to do that.

Is it different to play a comic-book villain than it is to play something more gritty and realistic?

As an actor you always look at what your purpose is as a character, whether you are alien, human, villain or hero. So that's always my motivation. That in itself will create the tone. My character had a suicidal or kamikaze mission to try to preserve my race. So that helps you create a tone. In these type of movies, the tone is also set by the costume and the aesthetic. The moment you step into that outfit created by [costume designer] Wendy Partridge, you're already transported into an other-worldly existence. I looked into the mirror and it was astonishing to see. I did a lot of mirror work in the Kurse suit to create this creature-like movement. I wanted to breathe fear through the costume. 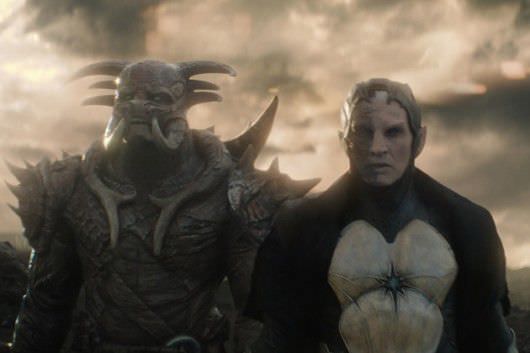 Did you have an animal image in mind?

The costume informed how I would move because you have to flow with the natural lines. Kurse is very granite-like, but there is a chameleon kind of predator to him, too. We played with different ideas about the voice. The color, the texture of it. The suit was surprisingly flexible but it was very heavy, almost 30 pounds. It was also very taut, so it pulls when you move in it. There was a lot of calisthenics and weight training to be able to maintain the posture so that when he steps onto the stage you really feel his presence. I had to do a lot of bench presses to counterbalance the gravity pull of the suit. It was in three pieces and the face was glued onto my face, which took about two hours. I didn't get the full outfit until the last week and I was anxious to suit up and get in front of a mirror to see how it moved. You find that less is more and certain subtle moves convey a lot. The eyes really convey the spirit of the creature.