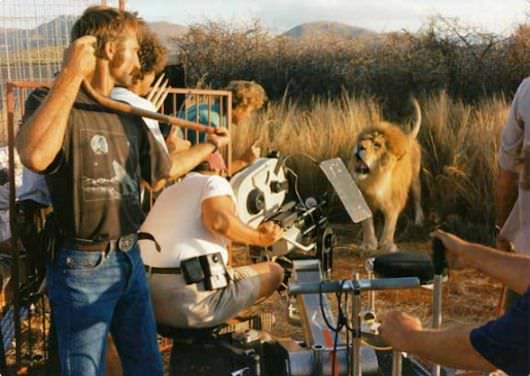 Credited with more than 70 movies, according to IMDB—including six Best Picture winners—Sled Reynolds has much to “crow” about. The veteran animal wrangler/trainer/coordinator has worked around the globe on such esteemed films as Dances with Wolves, Gladiator, Water for Elephants and Life of Pi, and owns and operates Gentle Jungle, a highly successful California-based animal training establishment serving movies, television and advertising.

This month, with the release of Disney’s Saving Mr. Banks (the story behind the author and film adaptation of Mary Poppins), Reynolds’s gift for safely and humanely eliciting performances from animals is evident once again. Although he doesn’t do many interviews, he did speak with The Credits on a fall morning from Gentle Jungle—sharing how he got into the business, which animal is surprisingly the most difficult to train, and why it’s never the animals that cause any problems.

The Credits: Is there a difference between a wrangler, a trainer and a handler

The union makes a distinction, but no. Sometimes I’ll be listed as the wrangler boss. Normally if you’re doing horses and cattle, you’re considered a wrangler. On Life of Pi, I was considered an animal trainer. It’s no different than calling a mountain lion a puma. It’s all the same.

How did you get into the business?

My dad was in this business. Both of my brothers were. I always worked on movies in the summer. I went to high school and then college and I wanted to be a veterinarian. [One day Dad] called me, he was doing a movie in Arizona, and they were training camels. I was 23 or 24 and I went down there and never looked back. I never intended to be an animal trainer.

So, considering that you were going to be a vet and now train animals, you must have great love for them.

No, that’s not a fair assessment. When somebody loves them so much, that’s probably a detriment. We deal with that a lot. I respect animals. I have a lot of respect for them, what they are, what they do. But to say I love them is not right.

Which animals are the hardest to train?

What makes animals hard to work with in the movie business is people’s perception of them. Dogs are difficult, because everybody owns a dog, everybody’s a dog expert. People always forget it’s a profession for us. I’d never go and tweak the camera on a set. But people walk by a dog in a crate and go, ‘Oh, that poor dog,’ without having any idea what has transpired, how much time you put into that dog, where that dog came from. With all the animal rights stuff now, it’s a hard business. Everybody knows your job better than you. I spend about $1,000 a day taking care of animals, with my vet bills, my feed bills, and I don’t know any animal rights people who can say that.

And the easiest to train?

For me, lions and tigers and exotics, because people are inherently afraid of them, so they won’t mess with you.

It sounds like the people around you are more disruptive than the animals.

Way more. Animals don’t act. If they’re biting you, they’re biting you. Animals are easy, and actually very predictable, very honest…you’re just working around manipulating an animal’s instincts. When you start to think it likes you or has an affinity, you are at such a disadvantage.

How do you familiarize yourself with an animal? What are the steps to getting the effect you want?

It would depend on the animal and what you’re going to do with the animal. For instance, on Life of Pi, the tiger is pissed off the whole movie. So we used tigers used to be worked mad. We used circus tigers. So you’d approach that completely different than a wolf movie where you want the wolf around a person. 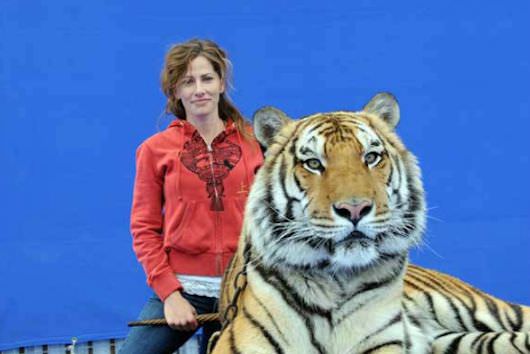 Can animals be temperamental?

No. I always tell people, never hire the animal, hire the animal trainer. Because when you start making excuses for why animals don’t do stuff, you’re in the wrong business. Animals actually are very dependable, if you understand them, and you put them in a position to do what it is you expect from them. More often than not, 99 times out of 100, the weak link is always the [trainer], never the animal. There are so many variables, so that’s where experience helps.

For Life of Pi, when I took the movie, everybody said ‘you’re crazy.’ Two-thirds of the animals were CGI…but all the stuff where there’s no interaction with the boy, on the boat, that’s all practical. When you’re around these animals for a protracted period of time, you know what makes them tick. Where you get in trouble is when people who nothing about them start interjecting themselves.

Do you head a team or work solo or does it depend on the job?

It depends on the job. As I’ve gotten older, I more often than not run jobs. I have a lot of people at the ranch who are very qualified. But when [people] hire me, they want to see me.

Do you provide the animals or are animals presented to you?

It depends on the movie. On Life of Pi, Ang [Lee] picked one of my tigers. There were four. But we could never get the permits, so we wound up using three tigers from France and one from Canada. At Gentle Jungle, we have a lot of animals.

Are there labor laws for animals on set as there are for kids?

There are. We’re really regulated. American Humane [Association] is always on set. They’re very strict about what you can and can’t do, how long you can keep an animal on set.

What has been your most challenging shoot to date? Life of Pi?

Life of Pi was one of the easier movies I’ve done. Maybe The Ghost and the Darkness. That was before CGI, so it was all practical.

How has the business evolved over the years with CGI?

I don’t know. I’m sure it has evolved. Look, that’s an unfair assessment. You learn things every day, but I think some of the older movies have a lot better animal work in them than we’re able to do today, just because we’re prohibited by so many things, permits and stuff.  Right now, we work in South Africa a lot, but fewer airlines will fly animals. That radically changes what we do over there. You may have to go there and train, you just never know.

Tell us about your work on Saving Mr. Banks.

Well, the animals aren’t a big part of the movie. They’re all just background. The family has a little dog. The first part of [the main character P.L. Travers’s] life, she lived in Australia. There’s a fair she goes to with her dad. We had 10 or 12 carriage horses, a kangaroo, a bull. There’s a lot of stuff at the fair. We worked with [Philip] Steuer, who was a producer on Narnia. That’s how we ended up on it.

So, having been around animals so much, what’s your takeaway?

The main thing I take away every day is they’re such a gift to us. I have so much respect and admiration for them. It comes from handling them my whole life.