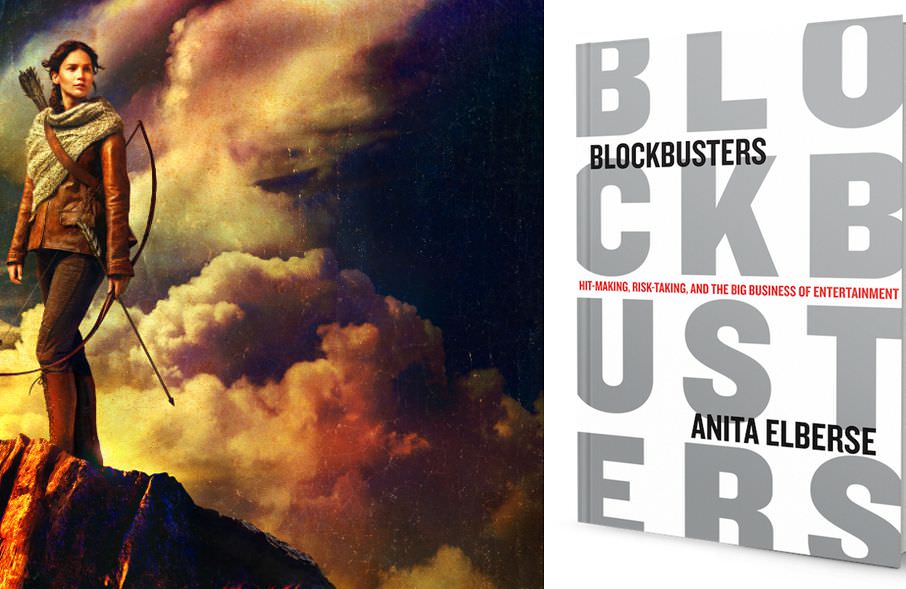 If you loved Gravity, All Is Lost, and 12 Years a Slave, Anita Elberse, author of "Blockbusters: Hit-making, Risk-taking, and the Big Business of Entertainment" has news for you—big budget spectacles like The Dark Knight, The Avengers, and the Harry Potter, Iron Man and The Hunger Games franchisees help create an environment at the studios in which those "smaller" budgeted films can be made.

We spoke with Elberse, one of the youngest professors to have been promoted to full professor with tenure in Harvard Business School’s history, about the business of big budget Hollywood films, how giant blockbusters help clear a path for smaller films to be made, and the state of the industry today. 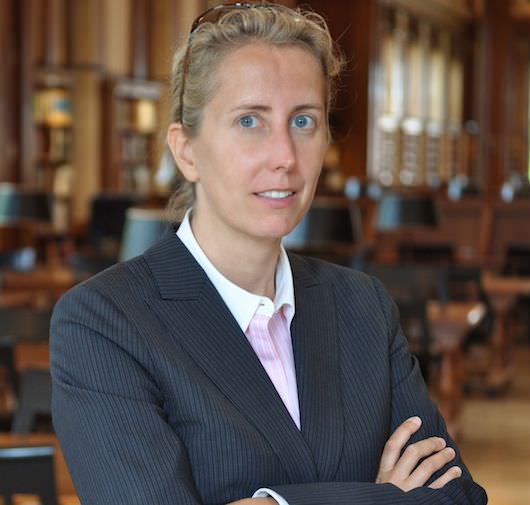 The Credits: Can you explain for us just how blockbusters, like superhero films and young adult novels adapted for the big screen, help original films?

I think one underreported part of my book, and something both movie lovers and people in the industry need to really understand, is that these [blockbuster] franchises are, in a way, paying for the more risky projects. I’ve given this example before, but look at Gravity. I don’t think the film would have existed if Warner Brothers hadn’t had the Harry Potter series, because they wouldn’t have been able to spend $100 million on what seemed like a very risky project, one that took years and years to be made. And yes, that’s a $100 million movie, but you could argue that the $20 million or the $30 million dollar movies that do employ quite a range of different people in the industry, and are passion projects for so many of them, would have a much harder time finding funding if it weren’t for movies like Iron Man 3 that studios are also putting out. You have to think this about this as a portfolio decision for these studios. I personally think the more you have these blockbuster bets they're making, the healthier the industry is in many respects.

I think the perception is that these huge blockbusters crowd out the opportunities for the smaller films.

If you want a sustainable movie industry, and it’s the same for all other entertainment sectors—that largely comes through those bigger bets.

What created this environment in which every studio really needed to have a few major tentpoles in their calendar?

As I mention in the book, the average movie goer goes to the theater once every two months. So that's only six times a year. Now, the challenge the movie studio executive has is that when the average person finally does go to the theater they pick their movie and not someone else’s. That’s the most basic level of their challenge. So, I think the way that many of them think about it is, ‘Okay, I need to have a film that really breaks through the clutter and captures your attention, and you actually know that it’s playing in the theater that week.’ And then you need to give people a reason to go see it in the theater. You don’t just want to be able to wait until you can see it on your television and it’s just as good an experience—there has to be a reason why you want to go see it on the big screen, and obviously it has to have a compelling story that’s very appealing.

The costs for a blockbuster these days seems almost impossibly to recoup, yet even films that were labeled "in trouble," like World War Z, do extremely well. How does that actually work?

You can, very easily, spend two hundred million dollars just producing a film. And then obviously it doesn’t stop there, because you don’t want to produce something that then no one knows exists, so you want to spend quite a bit in terms of marketing. Now as I point out in the book, the marketing of these blockbusters is actually relatively inexpensive. You can easily spend a hundred and fifty million dollars advertising one, but in a relative sense, it’s actually not that much. If you have a thirty or forty million dollar movie, you might spend twice as much as the movie costs to advertise it. So it’s relatively cost efficient to advertise these big films, and often times they attract so much free publicity they become very safe marketing vehicles.

You make a fascinating point in the book about the kind of groundswell that happens when a studio pours all its resources behind a single film, creating, in your words, a kind of ‘self-fulfilling prophecy’ that results in a hugely successful film. Can you speak to that a bit?

The example in the book that I gave is for the book publishing industry. If you are bidding two million on an advance for an author because you think that they’re the next Malcolm Gladwell, the moment you bid two million for an advance, you’re probably going to make The New York Times. [A day after Elberse and I spoke, this exact thing happened with the fiction author Garth Risk Hallberg's debut novel]. And then, before you know it, your sales people are thinking, ‘Well, we have the next Malcolm Gladwell, we have to make this our biggest effort,’ and then retailers like Barnes & Noble will start calling and say, ‘We hear you have the next Malcolm Gladwell, when can we expect this book, because we think that we want to put it on our shelves.’ Then reviewers will line up and ask if this is indeed the next Malcolm Gladwell, so they’re giving it free publicity. So you get this notion that just by making a big bet on something, very often you create these self-fulfilling prophecies. And that’s one of several explanations for why blockbusters are sometimes so successful.

This can of course backfire, when the book or film is hyped beyond belief and then fails to live up to expectations.

Yes, this can work against you too, of course. But what I personally really love is that the entertainment industries are full of people that have the passion to really go and do something that’s entirely out of the box, something they make because they believe in it. That’s when you get the Gravity’s, that’s when you get Robert Redford, in a boat, in the middle of the ocean, and it’s a phenomenal film (All Is Lost). And you still see that there’s room for that in today’s entertainment sector.

You wrote a good bit about Alan Horn (Walt Disney Studios chairman) and his approach. Can you explain to our readers what about Horn’s vision worked so well?

He wasn’t afraid to embrace to risk, and he wasn’t afraid to really build a strategy around making these big expensive movies. And I think that has been quite revolutionary, and I think now that’s the model that every major studio is working, this notion that you need to have a few tentpole films every year, and everything else is slotted around those. I think that’s really gutsy to do, particularly when you realize that in the movie industry, unlike many other industries, you don’t have a tradition of charging more for products that were more expensive to produce. For the consumer, the ticket price is the same regardless of whether the movie costs two hundred million dollars or twenty million dollars. So in that type of environment, it seems very counter intuitive to say, 'Let’s spend more.'

Can you expand on your optimism with the industry in general?

First of all, an industry is healthier if more participants in it have a good sense of what it takes to succeed. I think that is definitely the case in the film industry, there’s a sense that the blockbuster strategy will help get higher average returns. This creates more investments in these riskier products people love. So that’s one cause for optimism. If I look at revenues, the domestic market is stable—this summer was a very good summer for Hollywood, and the international markets are still growing significantly. And personally, I’m seeing some really, really good movies coming out Hollywood this year. I think it’s been a spectacular year for film. Think of 12 Years a Slave and Gravity and All Is Lost, it’s just really inspiring. And you also see really good documentaries being released. I look at it all and say that this is an industry that has figured out how to please the masses while at the same time making these really edgy projects that are appealing to people who are really into film. It’s just all cause for optimism.

And the fact that it’s an industry that actually makes something. A product that people can interact with an enjoy, made in America in no less.

[Laughs] As much as I can, I try to save our graduates from going into banking and consulting. I hope that they go into these industries that many of them are really passionate about. I was recently at the Deadline Contenders event, some of the biggest Oscar contenders were shown and some of the filmmakers were there to talk about the process of making them, and you can’t help but be impressed. These are people who hang in there even though it takes ten or fifteen years to make some of these films. The sheer fact that they can do these kinds of things, and that people can go from being a producer on Scooby-Doo to being a producer on some of the more edgier projects that you could see, I just think that’s really great. We’re seeing a very vibrant film industry at this moment.